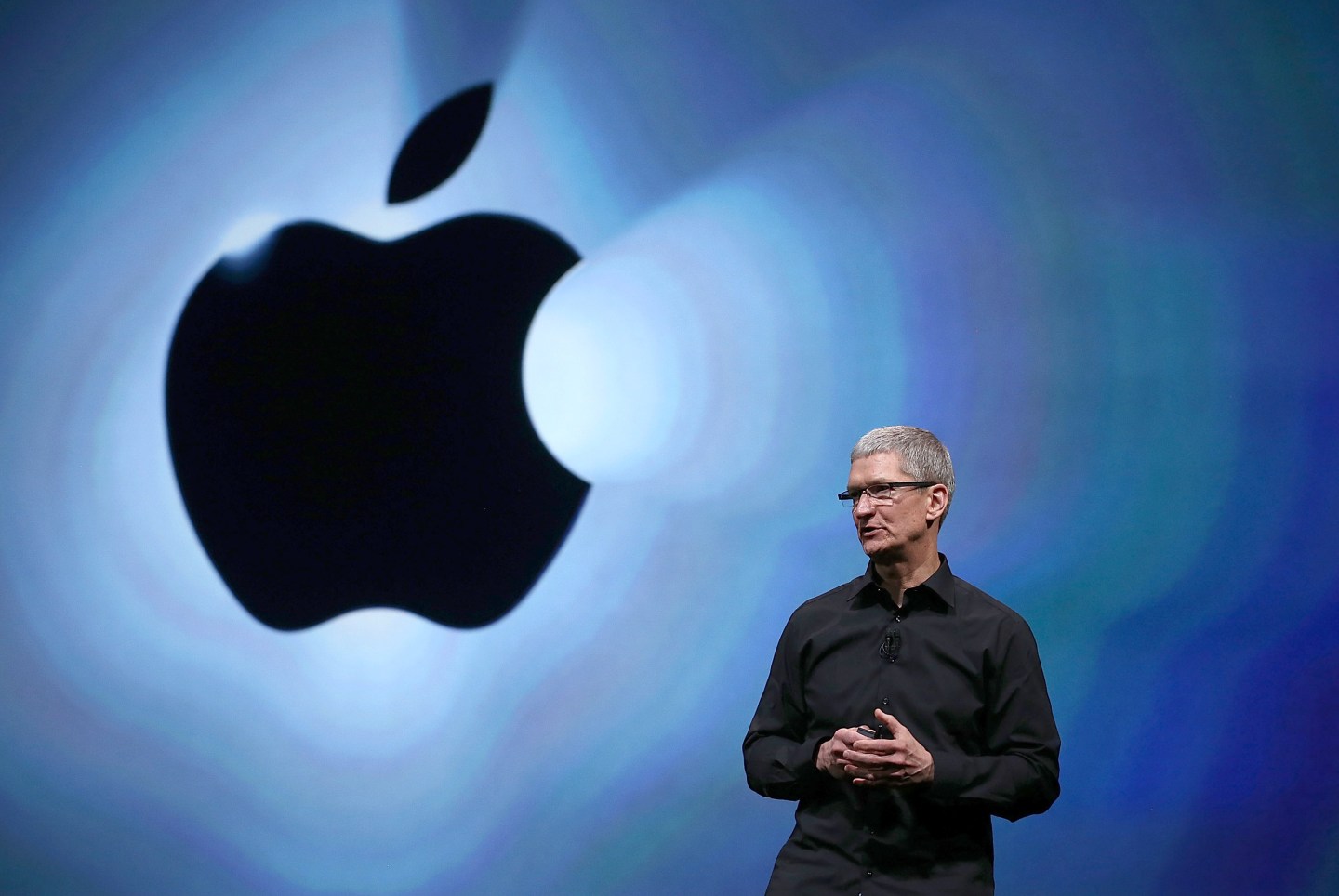 One day before a major U.N. climate summit, Apple’s CEO Tim Cook has warned that the “time for inaction has passed” and called on companies to do more to show the environmental impact of their products.

Cook, who earlier this year chided a conservative investor for suggesting Apple (AAPL) shows the cost of its sustainability efforts, said that such transparency will allow consumers to make better decisions and ultimately drive them to choose those that have “got their act together.”

“Companies have to communicate to consumers about what they are selling and they have to do it in a way that incorporate the whole of their footprint not just one piece of it that they are looking good,” Cook said. “If you have enough companies that begin to do this, then consumers will vote with their dollars.”

Cook was speaking at the start of Climate Week NYC, a gathering on environmental sustainability.

The tech CEO said Apple was doing its part to address environmental concerns including releasing an environmental checklist with each new product that shows they are free of toxins, recyclable and energy efficient. They have also targeted their facilities with a goal of powering their data centers with 100 percent renewables and building the country’s largest private solar farm to supply that power – a facility that produces enough power for 14,000 homes.

“People told us it couldn’t be done and that it couldn’t happen, but we did it,” Cook said. “It’s great for the environment, and by the way it’s also good for economics. It’s both.”

Cook said the company’s approach is to “look at our whole footprint” which has meant examining the energy it uses after a product is purchased, plus the recycling and manufacturing of that product. Now it’s going after its supply chain.

“It’s dirty and detailed work. It’s rolling your sleeves up,” Cook said. “You are getting into level of detail about what are the root causes. You are not accepting that there is a trade off between the economy and the environment. Too many people say you can do this or that. What we found both are doable. If you innovate and set the bar high, you will find a way to do both.”

Slapping his hand for emphasis, Cook then said the world “has to do both” because the “long-term consequences of not addressing climate are huge.” Unlike it secretive culture behind its products, Cook said Apple “wanted to be one of the pebbles in the pond that creates the ripple” on climate change and environment more broadly.

“If we took that kind of approach to our products, we would never make a great product,” Cook said of choosing economics over environment.

When it came to climate change, Cook said he was convinced that the world will eventually act to combat the growing emissions because “no one wants a terrible environment.”

On Monday Apple said it sold over 10 million new iPhones over their first sales weekend, a new record for the gadgets maker and results that exceeded the company’s expectations.

The day-long event that also featured U.S. Secretary of State John Kerry, U.N. Secretary-General Ban Ki-Moon, French Foreign Minister Laurent Fabius and World Bank Group President Jim Yong Kim, seemed to bring out the best in several other Fortune 500 companies. The World Bank announced that 73 nations and more than 1,000 companies would support a price on carbon while the world’s largest computer maker, Hewlett Packard, said it would reduce the emissions intensity of its product portfolio by 40 percent from 2010 levels by 2020. That is on top of earlier commitments by the company to reduce its greenhouse gas emission in its operations by 20 percent by 2020 and a cut in emission from its supply chain also by 2020 – the first IT company to make such commitments all three phases.

“What IT companies need to do is think about their global footprint and apply it to aggressive goals to drive new product innovation and drive down greenhouse gas emissions,” said Nate Hurst, HP’s global director of Environmental and Living Progress for HP. “We feel you can’t informed decision if you don’t measure your carbon footprint. We have learned a lot as a business in how to drive efficiencies not only in our own operations but through our supply chain and now our products which ultimately saves money and makes business sense.”

Environmental groups in recent years led by Greenpeace have gone after electronics companies to do more to to reduce their global footprint and make their products greener. In its latest report out earlier this month, It praised Apple and Nokia for eliminating hazardous materials from its products and HP for its sustainable operations and for having one of the best for measuring and reducing greenhouse gas emissions. It also praised Apple for working to reduce its foot print but alleged that the “industry’s energy footprint continues to rise and, on the whole, companies have failed to adequately address this urgent and growing issue.”

In its ranking of the 16 electronics companies, HP came in second while Apple was sixth due to what it called its lack of transparency on greenhouse gas emissions, clean energy advocacy and post-consumer recycled plastic use. It also criticized the company for not setting targets to reduce emissions.