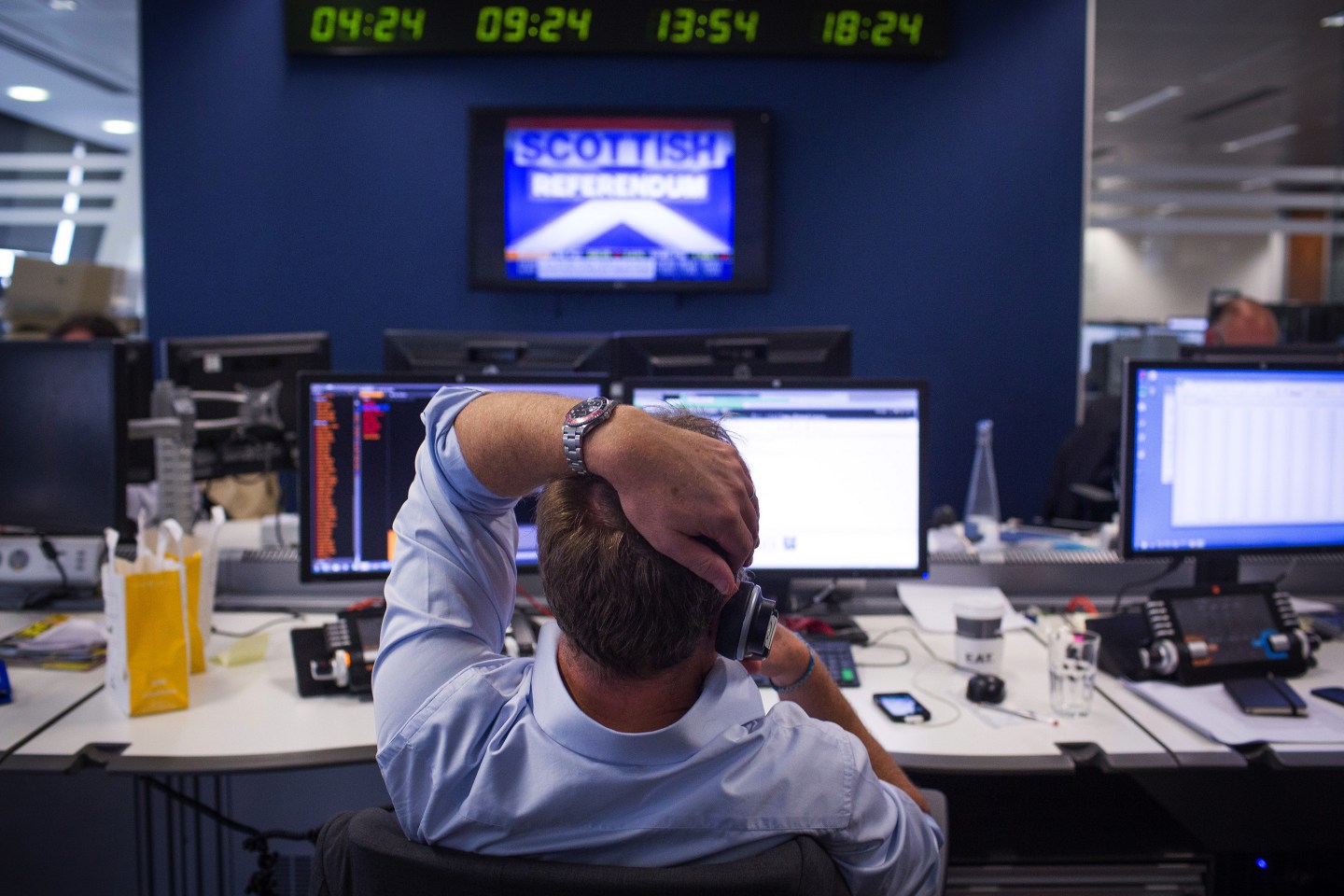 An employee speaks on a telephone as he monitors financial information on his computer screens, as the news from the Scottish independence referendum is announced, while on the trading floor at Panmure Gordon & Co., in London, U.K., on Friday, Sept. 19, 2014. The pound headed for its biggest two-day jump in five months, European shares rose and Spanish bonds surged as Scotland voted to reject independence. Photographer: Jason Alden/Bloomberg via Getty Images
Photo by Bloomberg — Getty Images

Have a cup of tea and sing God Save the Queen — the Union has been saved.

Last night Scotland voted to remain part of the United Kingdom by a 55-45 margin, proving the prediction markets and the experts right, and this morning markets are responding positively to what is generally considered good news in the business world.

The British Pound, which had fallen earlier this month when opinion polls suggested the referendum would be very close, is rising against both the U.S. dollar and the Euro. There were predictions that if Scotland voters had voted to leave the union, the pound would go into a free fall as questions arose about what currency Scotland would use and the overall outlook for the British economy, which would have lost some 5 million citizens.

The stock markets are reacting positively to the news as well. The FTSE 100 is up a little more than half a point, and other European markets, including Germany and France, are both up as well. Again, stock markets would likely have taken a serious hit if Scotland had voted to leave, mostly as a result of fears that other separatist movements in Europe would have followed suit. This would throw the economy of the continent a major curve ball, possibly leading to the disintegration of the political entity.

But it wasn’t to be. Scottish voters who are disappointed by the results will still likely get increased economic control over their country, including more oversight of public benefits.

Shares of Royal Bank of Scotland and Lloyds Bank rose. Both companies had said they would move their headquarters to England if there had been a Yes vote.