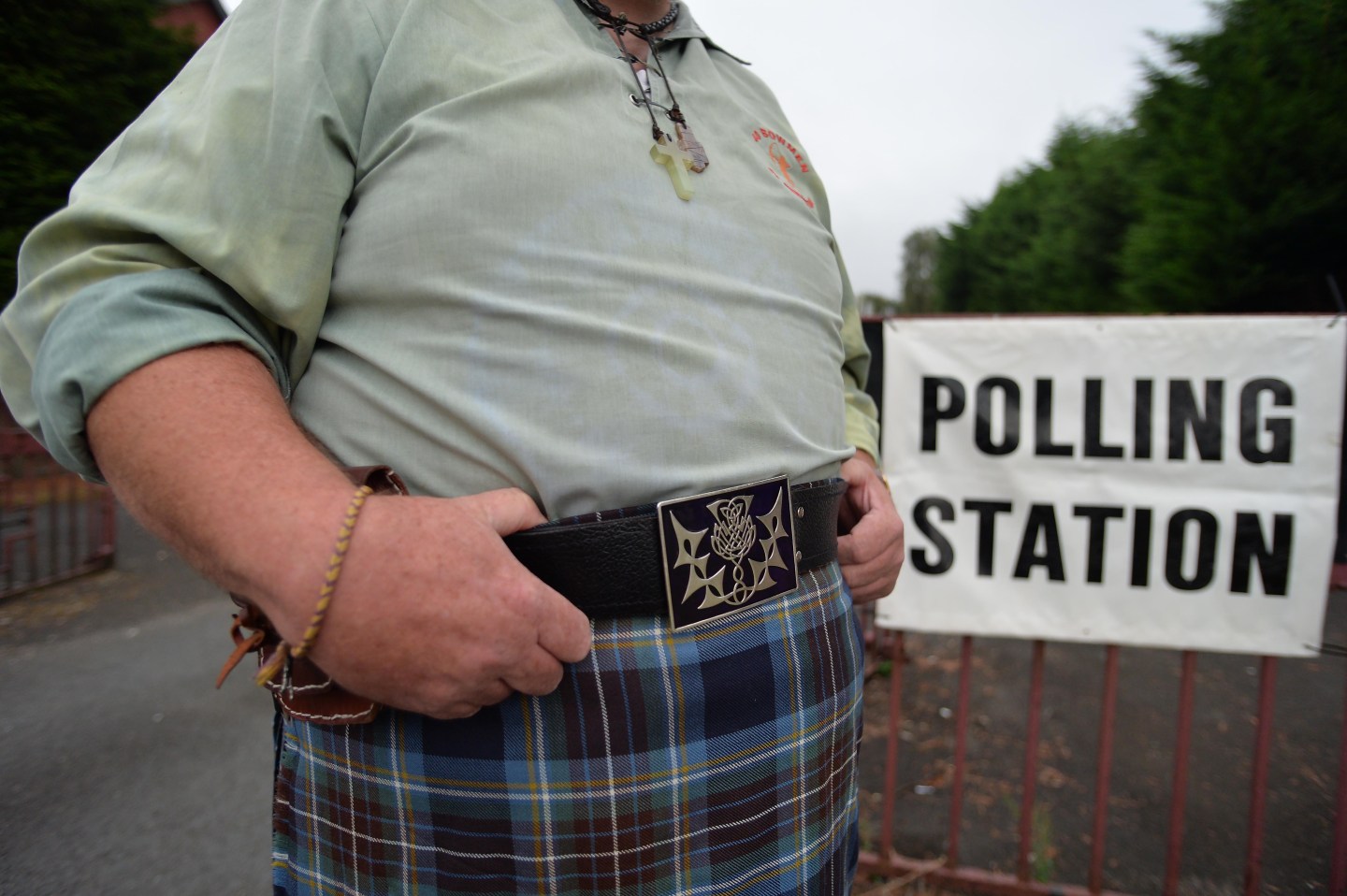 RENTON, SCOTLAND - SEPTEMBER 18: Yes voter Duncan Thomson waits for the doors to open at St Martins Church hall polling station, as the people of Scotland take to the poles to decide whether Scotland should become an independent country, on September 18, 2014 in Renton, Scotland. After many months of campaigning, final opinion poles show the referendum result is still too close to call. (Photo by Mark Runnacles/Getty Images)
Photo by Mark Runnacles—Getty Images

It’s a remarkably busy Thursday, with the fate of the United Kingdom coming down to the wire and pricing for the Alibaba IPO set to come down later today, so let’s get right down to business. Here’s what you need to know.

1. Scots are at the polls

Polling stations are open in Scotland, and voters having their say on whether or not to dissolve the 307-year-old union between Scotland and their neighbors to the south. The polls remain remarkably close, and the FTSE is responding by staying fairly steady, up less than half of a percent. With so much uncertainty surrounding the independence referendum, worried investors are adding to their gold holdings, according to CNBC.

Alibaba is the IPO that’s garnering a tremendous amount of attention for a company nearly no one stateside has ever heard of. The company plans to price its IPO between $66 and $68 a share after the close of trading, and is expected to begin trading tomorrow on the New York Stock Exchange under the ticker symbol BABA.

To see highlights from Fortune’s coverage of Alibaba’s IPO, click here. In the video below, the NYSE’s president tells Fortune’s Steve Gandel how the exchange is preparing for Alibaba’s market debut.

Apple’s CEO wrote a letter to users about privacy, and included what some are reading as a not-so-subtle jab at Google, noting that “when an online service is free, you’re not the customer. You’re the product.” Shots fired.

Yesterday, the nation’s central bank injected a total of $81 billion into the top 5 lenders in the country. Today, it is cutting borrowing costs for banks, continuing its attempt to counter slower-than-expected economic growth.

If you’ve got 10 people in your office, Mashable says one of them is high. The site has just published a study, conducted with SurveyMonkey, which found 10% of Americans say they go to work high on marijuana. Saying a meeting is “in the weeds” just took on a whole new meaning.