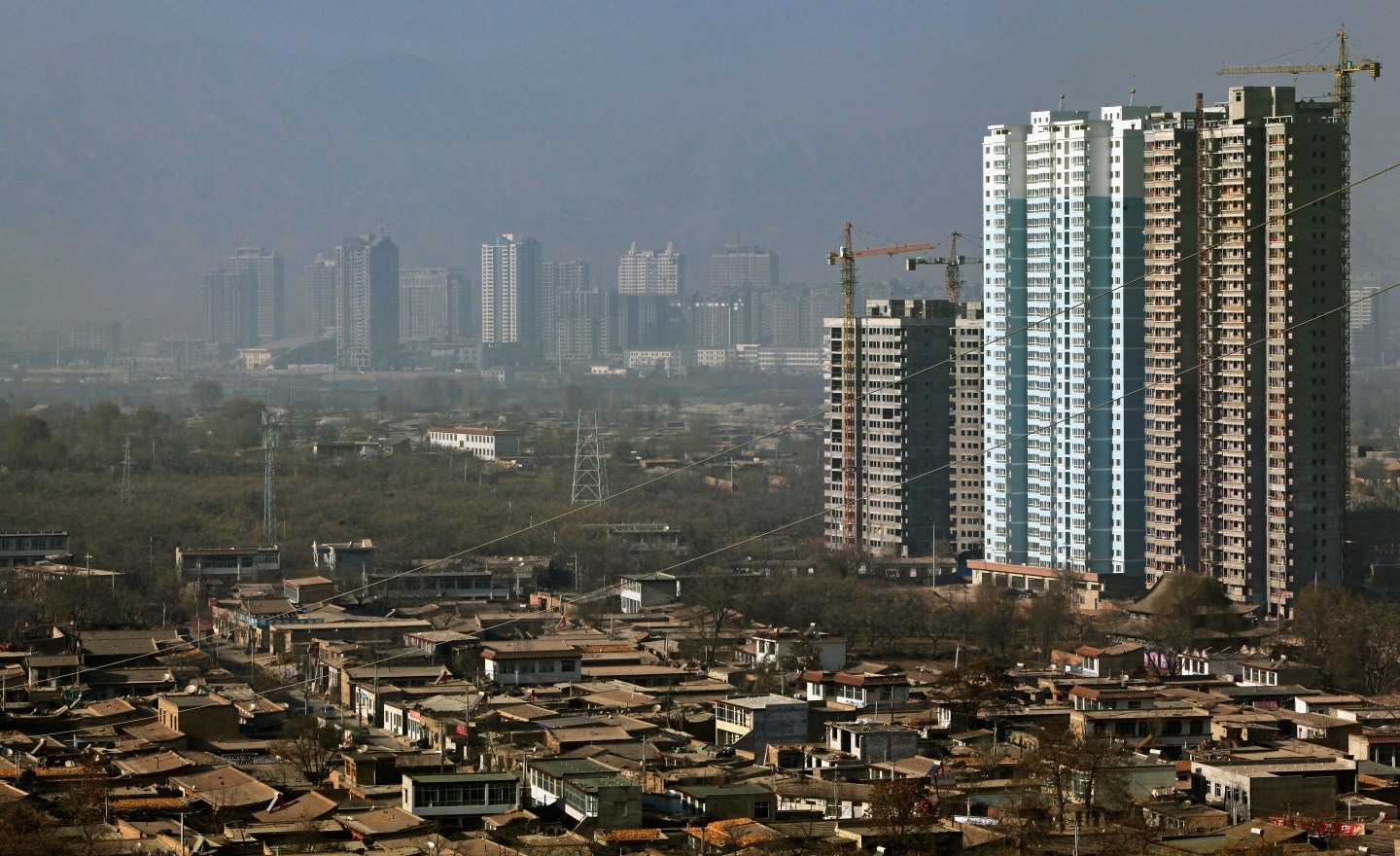 LANZHOU, CHINA - DECEMBER 09: New high-rise buildings are constructed over traditional low-level dwellings on December 9, 2010 in downtown Lanzhou, the capital of China's Gansu province. Since 1949 Lanzhou has been transformed from the capital of a poverty-stricken province into the center of a major industrial area, now ranking in GDP as high as 134 among 659 Chinese cities. (Photo by David Silverman/Getty Images)
David Silverman—Getty Images

China has doubled down on its economic stimulus, cutting short-term borrowing costs for banks Thursday as the nation’s leaders grow more concerned over slower-than-expected growth.

The People’s Bank of China is cutting the interest rate by 20 basis points to 3.5% on 14-day repurchase agreements, a type of short-term loan used by commercial banks in China, reported the Wall Street Journal.

A cut in the short-term borrowing rates for banks is often a signal that the PBOC will soon adjust more widely used interest rates — at least that has been the pattern in the past.

The cut in interest rates is an aggressive move by Chinese authorities, signaling that they are taking the dismal economic data seriously. Economists from UBS Securities (UBS), Barclays (BCS) and Royal Bank of Scotland (RBS) don’t believe that China will hit its 7.5% growth target for the year. The country could miss it by as much as 0.3 percentage points.

Cash infusions, such as the one announced Wednesday, are targeted measures to combat economic slowdowns, but interest rate adjustments are a more powerful tool to trigger growth by loosening credit. The PBOC has opted for more targeted moves like infrastructure spending and select credit easing for financial institutions up until now.

The short-term rate cut is the first move by the bank toward a more aggressive monetary policy to combat the country’s slowing economy, and it could signal ongoing measures by the PBOC to spur growth.