If you’ve got 10 people in your office, a study says one of them is high 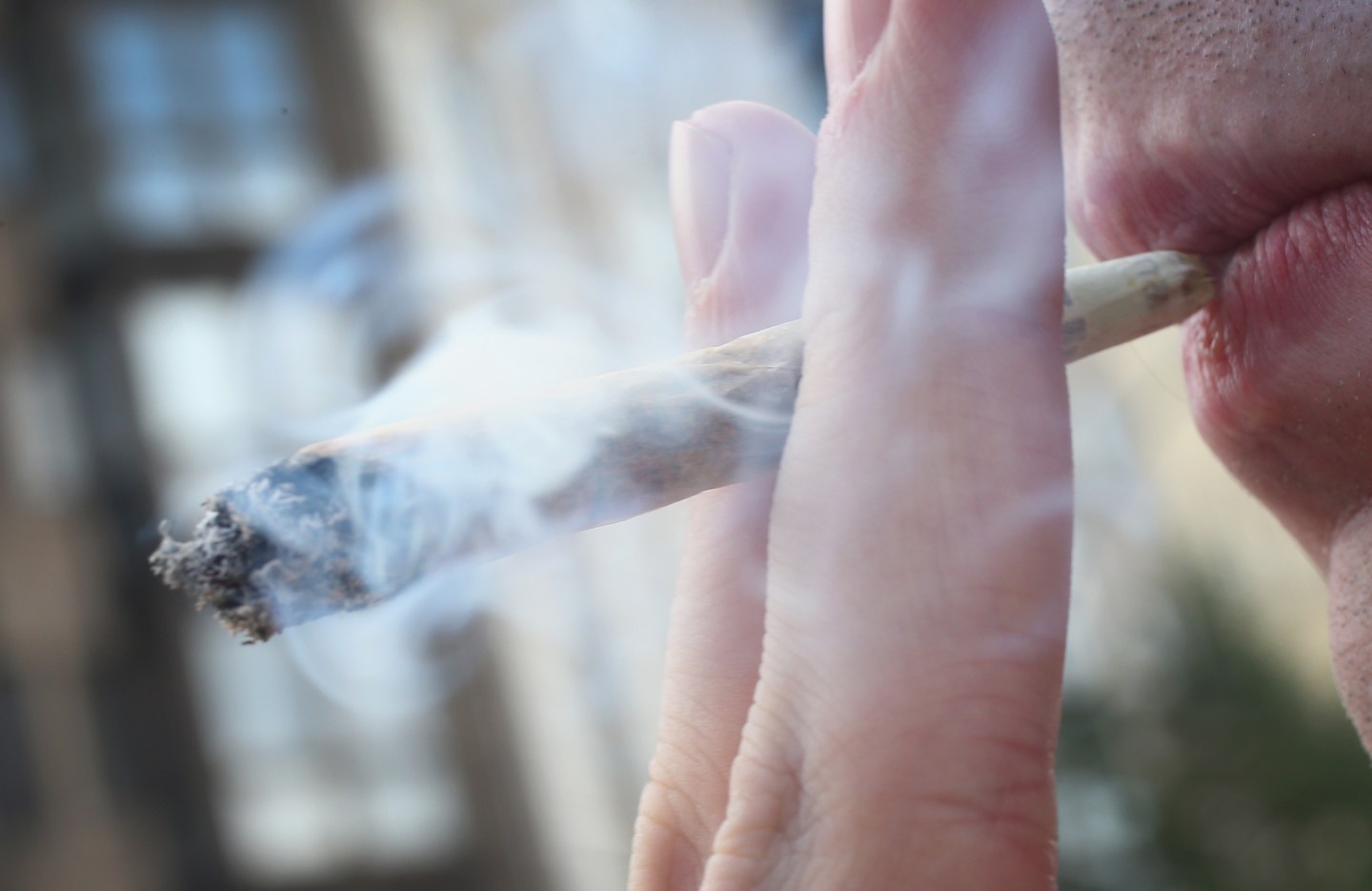 A survey has found that nearly 10% of Americans have confessed to going to work under the influence of marijuana, a stat that suggests nearly 16 million Americans are stoned while on the job.

The survey, conducted by SurveyMonkey for Mashable, asked 534 Americans about their marijuana and prescription drug taking habits when it comes to the workplace. Of those surveyed, nearly 81% admitted to getting their hands on the drug illegally, Mashable said. That shouldn’t be too big of a surprise, as only two U.S. states — Washington and Colorado — have passed laws that allow legal sale of marijuana for recreational purposes. 23 states (and D.C.) allow medical marijuana, though it still makes sense that many Americans looking to get high are still buying the drug illegally.

But should corporate America be concerned that millions of Americans have come to the office (or construction site, or school, or hospital, etc.) baked? There isn’t a ton of data out there about how the use of illegal drugs hurts — or potentially helps — productivity.

A study that looked at how marijuana usage affected young male workers in 1984 found that long-term use and on-the-job use of marijuana negatively affected wages. But the same labor report, published in 1992 by the Cornell University School of Industrial & Labor Relations, also found that “general” marijuana use had a positive effect on wages. That report was published at a time when employers were increasing using pre-employment and on-the-job drug testing, raising questions about an individual’s right to privacy but also how drug usage could potentially affect productivity.

Attitudes about marijuana usage have since changed. Last year, Gallop reported that a clear majority of Americans (58%) said marijuana should be legalized — the first time a majority had that view since Gallup first began to ask that question in 1969, when only 12% favored legalization.

But the federal government hasn’t yet been persuaded to share that view. The Office of National Drug Control Policy steadfastly opposes legalization of marijuana and other drugs, claiming legalization would increase the availability and usage of illicit drugs and also pose health and safety risks, particularly for younger Americans.