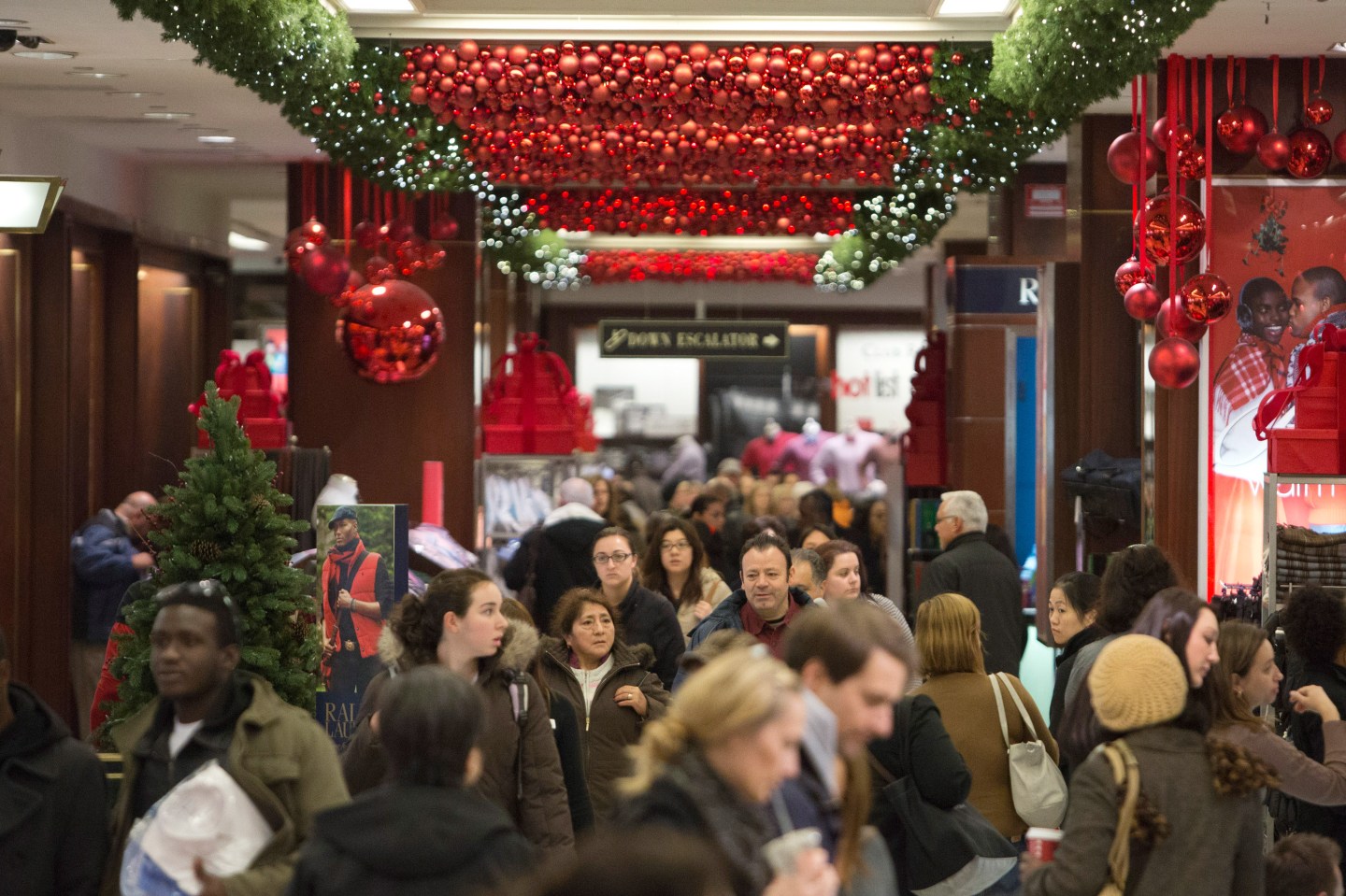 Retailers are projected to hire more than 800,000 seasonal workers for the upcoming holiday season, the most the industry has hired since 1999, as retailers gear up for their busiest season that could benefit from continued employment gains and increased consumer spending.

The rosy report by outplacement firm Challenger, Gray & Christmas Inc. comes just a day after United Parcel Service (UPS) said it is hiring nearly twice as many seasonal workers for the upcoming holiday season as it did in 2013, a step meant to ensure it can meet demand after it was overwhelmed with last-minute orders right before Christmas last year. FedEx (FDX) is also planning to hire more, as both benefit from an increase in online shopping. Some retailers, like Kohl’s (KSS), have already announced their holiday hiring plans and more reports are expected to come over the next few weeks as retailers gear up for the season.

While the UPS and FedEx hiring plans aren’t technically counted among retail employment gains, those plans are a strong indicator of holiday spending expectations.

“That announcement alone could cause some retailers to reassess their hiring projections and add more workers than they originally intended,” said John A. Challenger, CEO of Challenger, Gray & Christmas.

Retailers added 786,200 workers to their payrolls in the final three months of 2013, so the projected hiring for this year should be an increase. Holiday hiring has improved each year since 2008, when the recession led to a sharp 55% drop in holiday hiring. Meanwhile, Challenger’s estimate for 2014 is the first time retailers are expected to add more than 800,000 seasonal jobs since 1999.

Kohl’s said about 9,300 of the seasonal jobs it is filing this year (out of more than 67,000 in total) are meant for the company’s distribution centers. Seasonal hiring has tilted more toward distribution center positions in recent years as retailers like Kohl’s sell more of their wares online.

Challenger also noted that as more consumers go online to make their purchases, seasonal hiring plans will also change. The need for extra workers on sales floors at the malls and department stores may decline, but Amazon.com (AMZN), and brick-and-mortar retailers with a strong online presence, like Macy’s (M) and Wal-Mart (WMT), will likely need to add more seasonal workers to meet demand.