Why Apple Pay took so long to get here 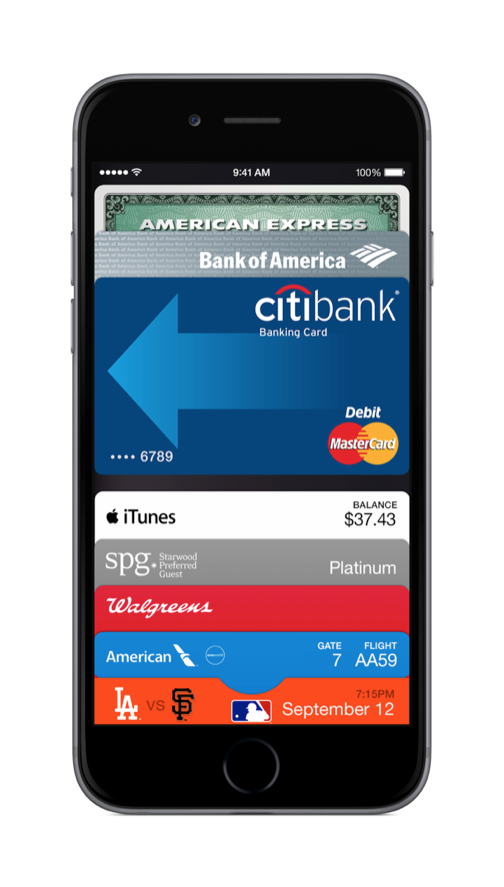 Among the debut of new iPhone models and the reveal of its long-awaited Watch, Apple (AAPL) on Tuesday announced a new mobile payments system, named simply Apple Pay, that promises to accomplish what preceding systems from Google, Square, and others have not: gain traction with regular people.

The system is expected to go live in October with support from Visa, MasterCard, American Express, Bank of America, Capital One, Chase, Citi, and Wells Fargo. Barclays, Navy Federal, PNC, USAA, and USBank are expected to follow.

Despite quite a bit of hype and investment in mobile payments, no one seems to be able to kill the plastic debit or credit card. What makes this time different? Fortune spoke with Edward McLaughlin, chief emerging payments officer at MasterCard.

F: You and I have previously spoken at length about the difficulty of consumer adoption of mobile payments. What makes this time different?

EM: For a consumer product like this to really break through, there are three things that have to be there. First, there’s underlying capability. Apple’s using MasterCard contactless—it’s faster, more convenient. With our digital enablement service, or MDES, it’s more secure because we’re not using the base card number and instead putting a token on the phone. We have all the right enabling technology this time.

Secondly, it’s the consumer experience. That’s where it’s been awesome working with Apple. We handle all the approvals and authorization. They focus on the experience. It’s incredibly easy to start using. It’s great—seamless, very elegant.

The third element, which is the most critical, is availability and participation. That’s what we worked so hard on with the banks. On day one, over 80% of the debit and credit cards in the U.S. will be ready to go. The cards and accounts you already have just work.

Why hasn’t this worked before? Why now?

What’s most different is the fact that over 80% of cards are fully enabled for the service from the moment it’s available. Before, it was relatively limited.

Also, this iPhone 6 is the first time Apple has built into its hardware the necessary elements to support it. There’s a special chip, referred to as a secure element, that’s embedded into the device. It’s where biometrics are stored and where the secure token is stored. And also the NFC—the [near-field communications] antenna is there. They have literally changed their platform for this. We’ve done contactless for awhile, but it’s the first time Apple has put this in their device.

Tell me more about this secure element and its role.

It’s the same reason we put a chip onto plastic cards, to secure them. It holds in an impenetrable way that unique number or token that you use to make payments. It also holds a key that will be used around the cryptology around the transaction. Every transaction is unique—if it’s captured, it can’t be replayed. You can’t clone it or use it to make another card. You can’t use it out of context. It’s what we do with secure chip cards, and what we do now with the iPhone 6.

Why does the secure element need to be physically separate? Why not just put that information on one of the iPhone’s existing chips?

The isolation and walling off helps with security. Before, we wouldn’t have stored that information on the handset without an appropriate container for it.

OK. You mentioned participation. Why is it hard to wrangle banks? Mobile payments seem like a win-win with little downside—another option, essentially.

Anytime you have lots of people making independent investment decisions, it’s helpful to have an environment and event like what Apple’s doing with Apple Pay to bring it to life. The banks were quite enthusiastic.

The one piece that’s new is the ability to put the secure payment token into the handset. There are industry standards published around that to work in a consistent way. Which means the banks need to test their systems [to accept payment with the new method]. It’s systems integration work.

You said the MDES was a key part of making this happen. When did it come out?

The first bulletins we sent to our network about it were in April of 2013. In October 2013, the three of us—MasterCard, Visa, Amex—put a proposal for standards out there. The standards for NFC have been around there awhile, probably a decade. As for the tokenization, we sent out the initial bulletin on that in April, proposed the standard in October and tested over the summer to go live in September.

In other words, a lot of the supporting elements to yesterday’s announcement are still fairly new. Got it. How does MasterCard project usage moving forward? I realize it’s brand new, but perhaps you saw interesting uses in testing.

It’s going to be really exciting. First, it makes the MasterCard account today that much more useful and valuable for you. Secondly, it lets us to take advantage of the system in our ongoing effort to push all fraud out of the system. We do think we can have a positive impact on fraud. Finally, we live in a world where 85% of transactions are still in cash. Electronic transactions are fundamentally better—efficient, less costly. We expect an increase in volume of transactions.

We see, going forward, that consumers’ lives are moving to connected devices. We think every device you have will eventually become a commerce device. What you’re seeing here is an infrastructure that enables any connected device to be easily secured for commerce.