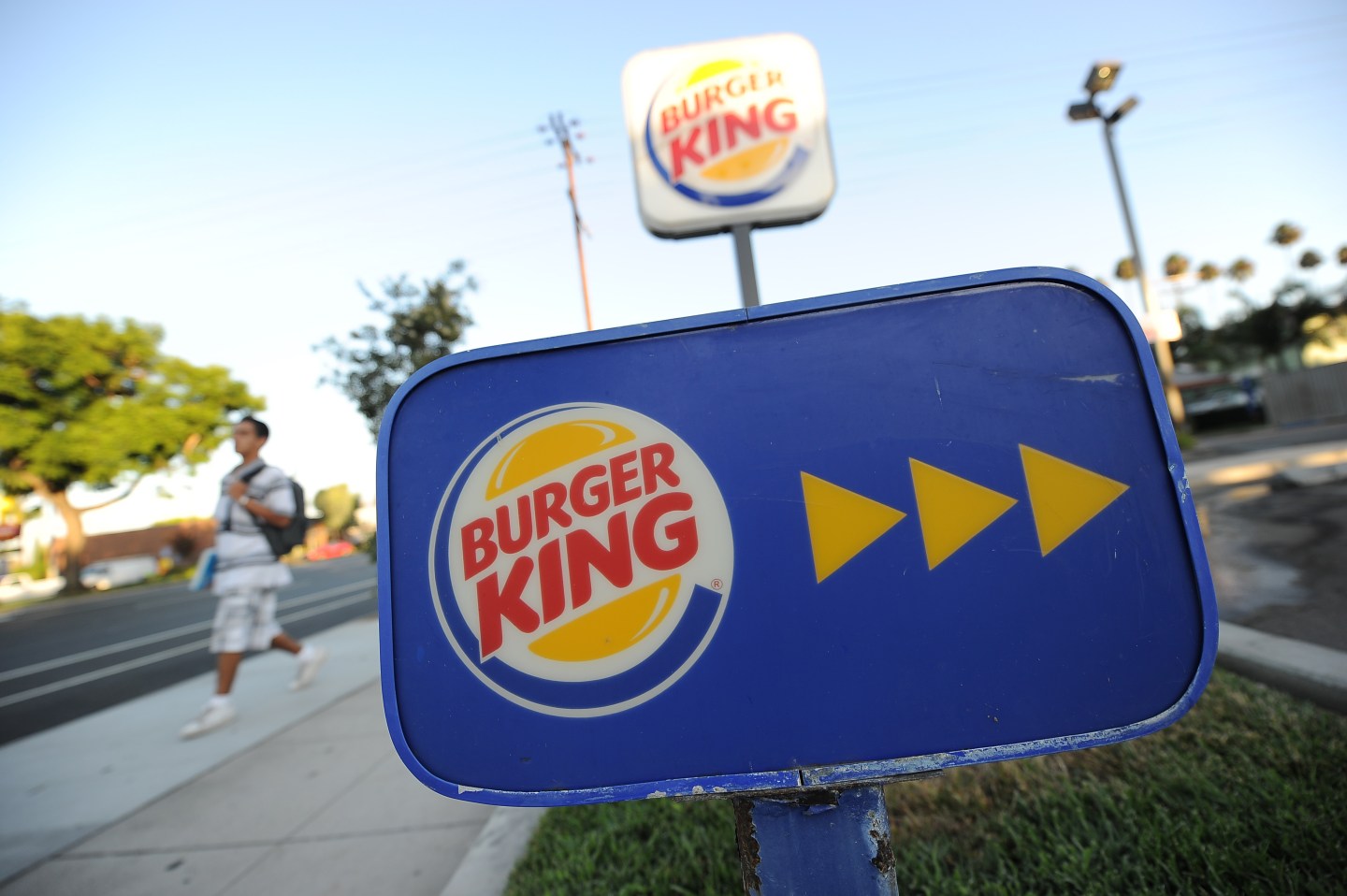 With U.S. stock futures pointing to a higher open, the S&P 500 index could close above the 2,000 level Monday. There’s a lot of M&A news and some data due later in the day, so here’s what you need to know to start your day.

1. Burger King might invert to the Great White North

The American fast food company is apparently in talks to buy Canadian coffee and doughnut chain Tim Horton’s to form a Canadian-based company. The move is sure to upset people on both sides of the border — anti-inversion folks will be angry in the States, and some Canadians will recoil at American ownership of a company that is as important to Canadian culture as hockey and The Tragically Hip.

After existing-home sales climbed to their highest pace of 2014 in July, economy watchers will be looking for more strong housing data today when new-home sales numbers for July will be published.

3. The French market is up after the government steps down

Socialist president Francois Hollande dissolved the French government today after a minister criticized his policies. The French market was actually up more than 1% in the aftermath of the announcement, with growth also seen in the European and German stock markets.

Swiss company Roche is spending $8.3 billion to buy California firm InterMune. It’s the latest move by a drug giant to buy into a profitable sector of the drug industry — in this case it’s the respiratory diseases sector. InterMune has a drug to treat a lung disease, but hasn’t turned a profit yet.

Netflix has scored 31 Emmy nominations, led by recognition of its original series “House of Cards” and “Orange is the New Black.” Tonight we’ll see if the streaming video company was able to beat the cable and network shows and take home some hardware.