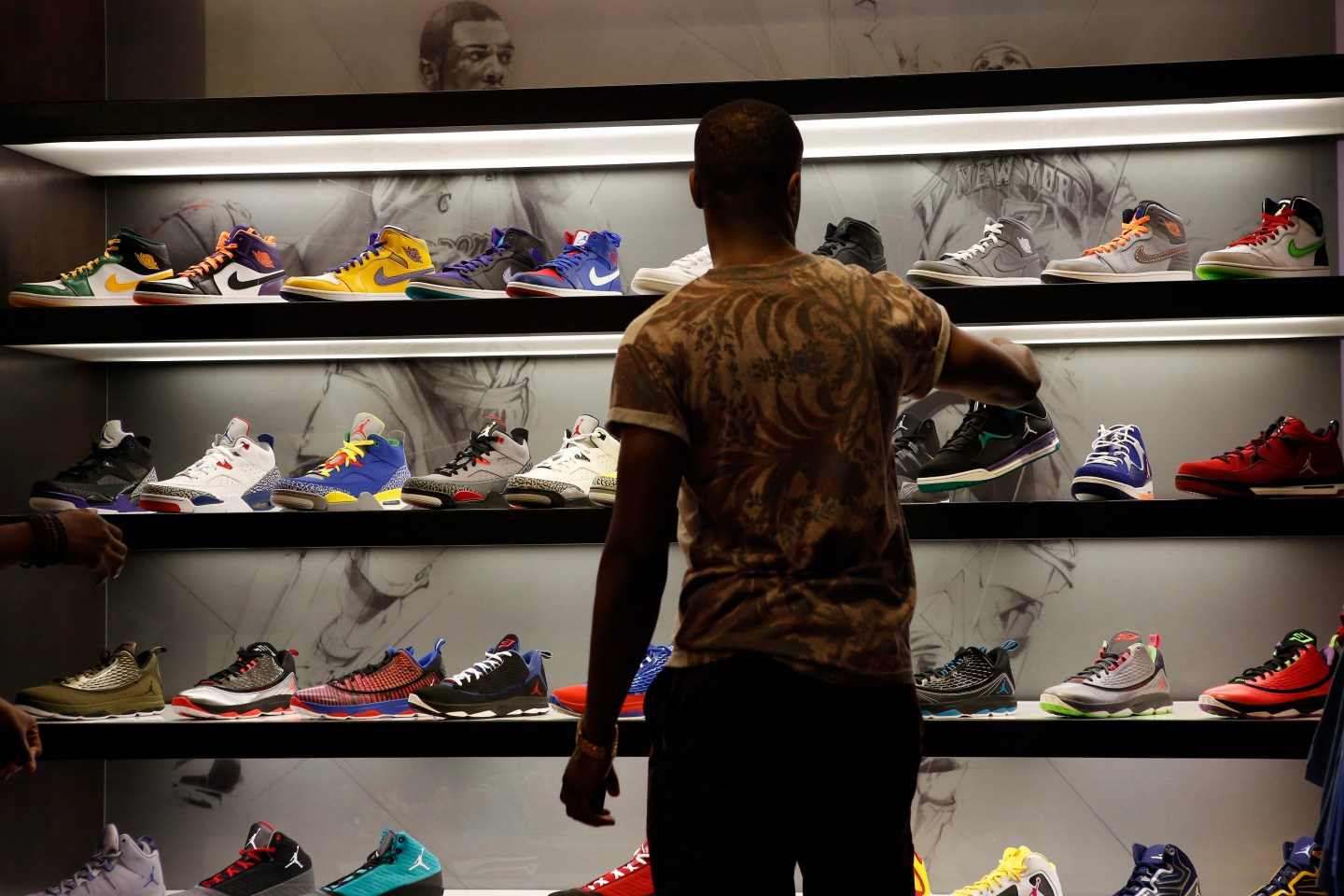 Sales of basketball and running sneakers continued to bolster Foot Locker’s results, with demand from those that use the gear to play those sports and others that just like the look.

Foot Locker (FL) on Friday reported total second-quarter sales for the fiscal second quarter jumped 13% to $1.64 billion, with same-store sales rising a better-than-expected 7%. Analysts had projected same-store sales to rise 5.4%, according to a survey by Consensus Metrix.

The athletic-gear retailer has reported consistent sales and profit growth the past several years, bolstered more recently by strong basketball sales though running has also performed well. The athletic footwear market hit $22 billion at the retail channel in the U.S. last year, according to data compiled by SportsOneSource, and data so far this year indicates demand has continued to climb.

Foot Locker executives and analysts that cover the sector point out that not all of the sales are to those looking to run or shoot some hoops. Foot Locker on Friday said some of the shoes it has been selling has been driven by the look of the shoes, suggesting fashion was a consideration. That’s a broad trend in the athletic sector, as The Wall Street Journal reported this week that demand for yoga pants and other gear tied to that activity have outpaced growth in the sport itself.

Foot Locker Chief Financial Officer Lauren Peters told analysts footwear sales were strong than apparel in the latest quarter, with sales or basketball and running shoes rising in the mid-teens on a percentage basis.

The retailer’s strong results comes after many peers issued disappointing second-quarter results, with many saying customers aren’t feeling comfortable to spend in an uncertain economic environment. Restaurant chains have also lamented muted spending trends from low- and middle-income Americans. Those worries have raised red flags among many observers as the back-to-school season is underway.

“It is going to be bad,” said Ron Friedman, a consumer products consultant for accounting and advisory firm Marcum LLP. “The second quarter was pretty good and now we are in third quarter and they are revising their numbers. Back to school did not happen–the sales aren’t there.”

But not all categories are losers, signaling consumers are willing to open their wallets to spend from time to time. Foot Locker’s results were among the best for the latest retail season. Home-improvement retailers Home Depot (HD) and Lowe’s (LOW) also each reported strong sales earlier this week.