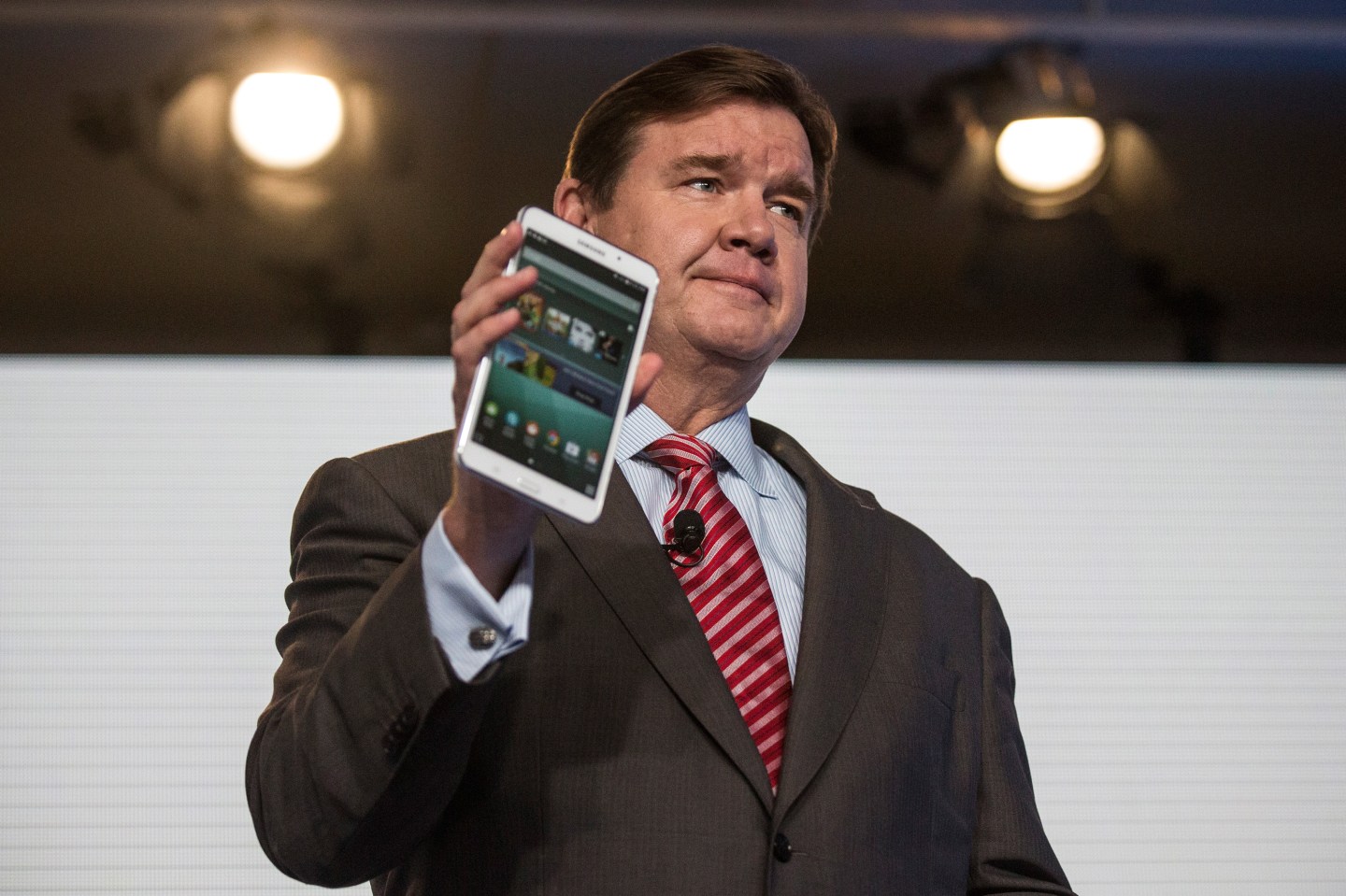 Barnes & Noble (BKS) has finally re-entered the tablet fray with its first full-fledged device launch in two years on Wednesday.

Its primary goal? Not to sell devices, but to win back the share of the e-books market it lost after the Nook tablets it previously designed and made itself flopped and drained its coffers.

The top U.S. bookstore chain had announced in June that it would take another stab at the tablet market, this time with the help of a major manufacturing partner, Samsung. The news came after the retailer drastically scaled back its Nook device business in 2013 to stanch a cash bleed in the hundreds of millions of dollars over several years as Barnes & Noble tried in vain to compete with deep-pocketed competitors Amazon.com (AMZN) and Apple (AAPL)

So it has launched the Samsung Galaxy Tab 4 Nook tablet, a 7″ tablet running a customized version of Nook software on top of Google’s (GOOG) Android 4.4 operating system.. The tablet goes for $179 at Barnes & Noble retail stores and online.

The Nook, first launched as an e-reader in 2009 to try to contain Amazon’s Kindle, held its own in the market for a while, allowing Barnes & Noble to garner as much as 27% of the U.S. e-books market in early 2013 by its own estimates. But by late last year, that had fallen to 20%. Barnes & Noble, which recently said it would spin off its Nook division into a separate, publicly traded company by early 2015, needs to get that market share back up again.

“Our biggest challenge is stopping any kind of decline in content revenue, and this is a big part of this,” Barnes & Noble CEO Michael Huseby told Fortune. “There’s going to be some cannibalization, I suppose, but our job really is to put as much content in whatever format our customers want.” He declined to speculate on whether, and how quickly, Barnes & Noble could get back up to 27% of the e-books market.

Barnes & Noble’s Nook revenues, which includes e-books and other content, fell 35.2% in the fiscal year ended May 3.

The device, introduced at a brief, but well-attended product launch at Barnes & Noble’s store in Manhattan’s, does not have “Nook” embossed on it, and is effectively the same device as the Samsung Galaxy Tab 4 already on the market. But it does have a few tweaks aimed at the serious reader.

For instance, there is the “Reading Now” button in the bottom left-hand corner to quickly get back to whatever a customer was last reading. There are also features such as home screen shortcuts aiming to make it easier to find new content and make purchases.

Barnes & Noble is offering in $200 worth of free content, such as bestsellers, magazines, TV shows and a $5 credit to the Nook Store. All that Huseby said, is to get the customer back into the habit of buying content from Barnes & Noble.

Under terms of its deal with Samsung, Barnes & Noble is allowed “from time to time” to select tablets under development at Samsung and co-brand them as Nook devices, selling them for $400 or less in the 7-inch or 10-inch formats. The retailer has also committed to buying at least 1 million co-branded tablets in the first year after their first device is launched, a cautious approach considering Barnes & Noble has sold about 10 million Nook devices since its introduction.