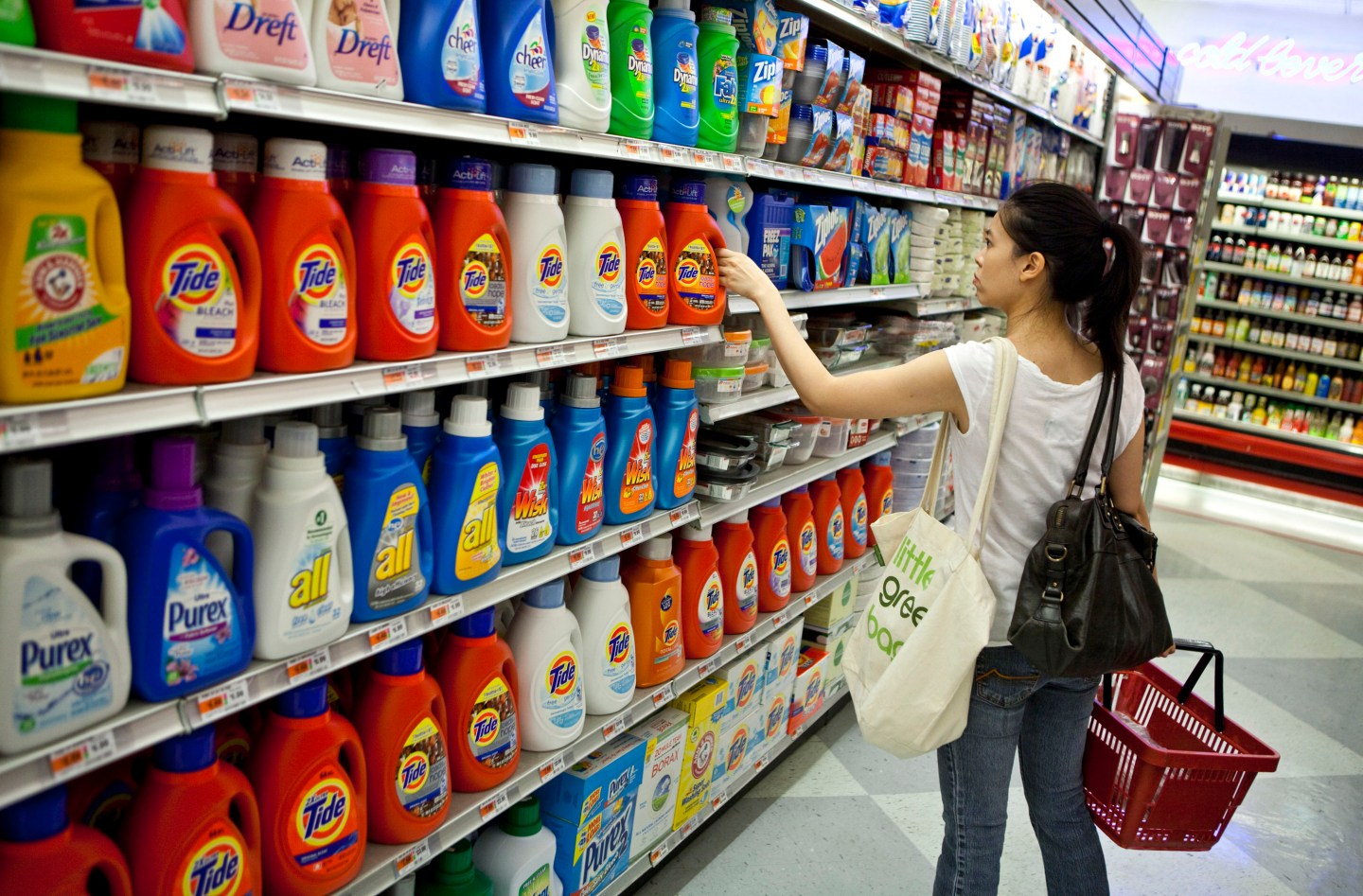 The maker of Gillette razors, Crest toothpaste and Tide laundry detergent reported mixed sales results for its major business lines for the quarter ended June 30. Net sales jumped 5% for grooming products and rose 1% for the baby, feminine and family care segment. But beauty, health care, and fabric care and home care products sales were all lower than a year ago.

P&G (PG) is broadly exposed to the fickle nature of the consumer. Though some recent reports have suggested U.S. consumer confidence is at its highest level since October 2007, some retail and consumer-product executives have pointed out consumers, particularly lower-income households, are still struggling amid a number of negative macroeconomic factors.

Overall, P&G reported a fourth-quarter profit of $2.6 billion, or 89 cents a share, up from $1.9 billion, or 64 cents a share, in the same period a year ago. Core profit, which excludes restructuring charges and other items, grew to 95 cents a share from 79 cents. Net sales slid 1% to $20.2 billion.

Analysts surveyed by Bloomberg had expected core profit of 91 cents on $20.48 billion in revenue.

Looking ahead, P&G sees net sales for the new fiscal year rising in the low single-digit range and expects core earnings on a per-share basis to grow in the mid-single digits.