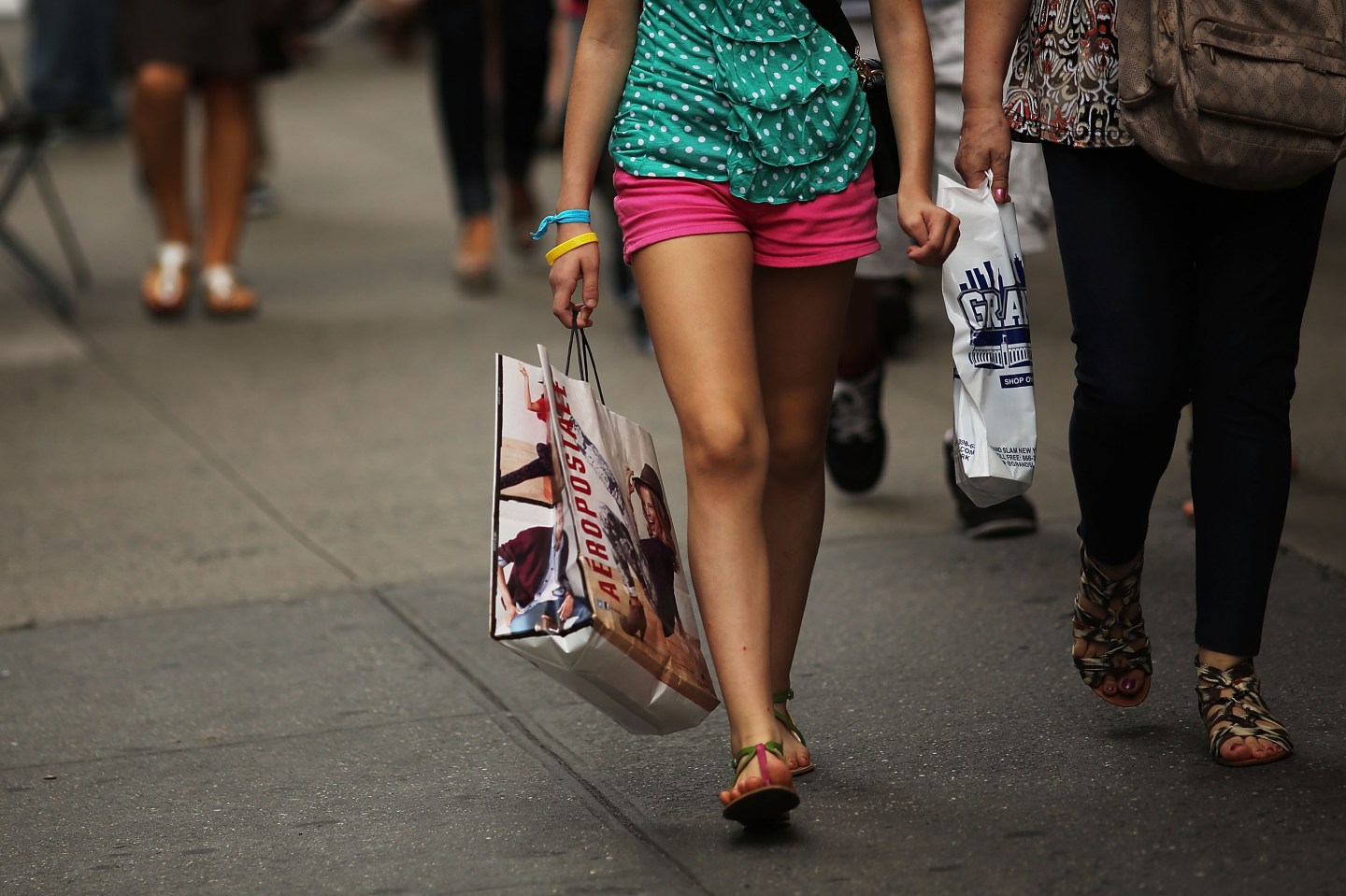 NEW YORK, NY - JULY 27: People walk down a street with shopping bags in Times Square on July 27, 2012 in New York City. Posting the weakest pace of growth since the third quarter of 2011, the Commerce Department said on Friday that gross domestic product expanded at a 1.5 percent annual rate between April and June. Among numerous factors to blame for the slow growth was consumers, who spent at their slowest pace in a year. (Photo by Spencer Platt/Getty Images)
Photo by Spencer Platt—Getty Images

U.S. consumer confidence improved in July for the third month in a row and jumped to levels not seen since October 2007.

The Conference Board’s monthly index, which tracks how U.S. shoppers feel about the state of the economy, increased to 90.9 this month from 86.4 in June, the research group said Tuesday.

“Strong job growth helped boost consumers’ assessment of current conditions, while brighter short-term outlooks for the economy and jobs, and to a lesser extent personal income, drove the gain in expectations,” Lynn Franco, director of economic indicators at the Conference Board, said in a statement.

The euphoria could give the overall economy a boost. Spending on the part of consumers represents around two-thirds of overall economic activity in the U.S.

The brighter outlook on the part of consumers was better than economists had anticipated. An average of 75 economists expected a reading of 85.4 for the month, according to data compiled by Bloomberg.

Consumer expectations were particularly strong in July. People expecting business conditions to improve over the next six months grew to 20.2% from 18.4%. The positivity flowed over into jobs, as more people see growing opportunities within the labor market and possibilities for higher earnings.

“Recent improvements in consumer confidence, in particular expectations, suggest the recent strengthening in growth is likely to continue into the second half of this year,” said Franco.