How to restore Microsoft’s mojo? At the moment, more questions than answers 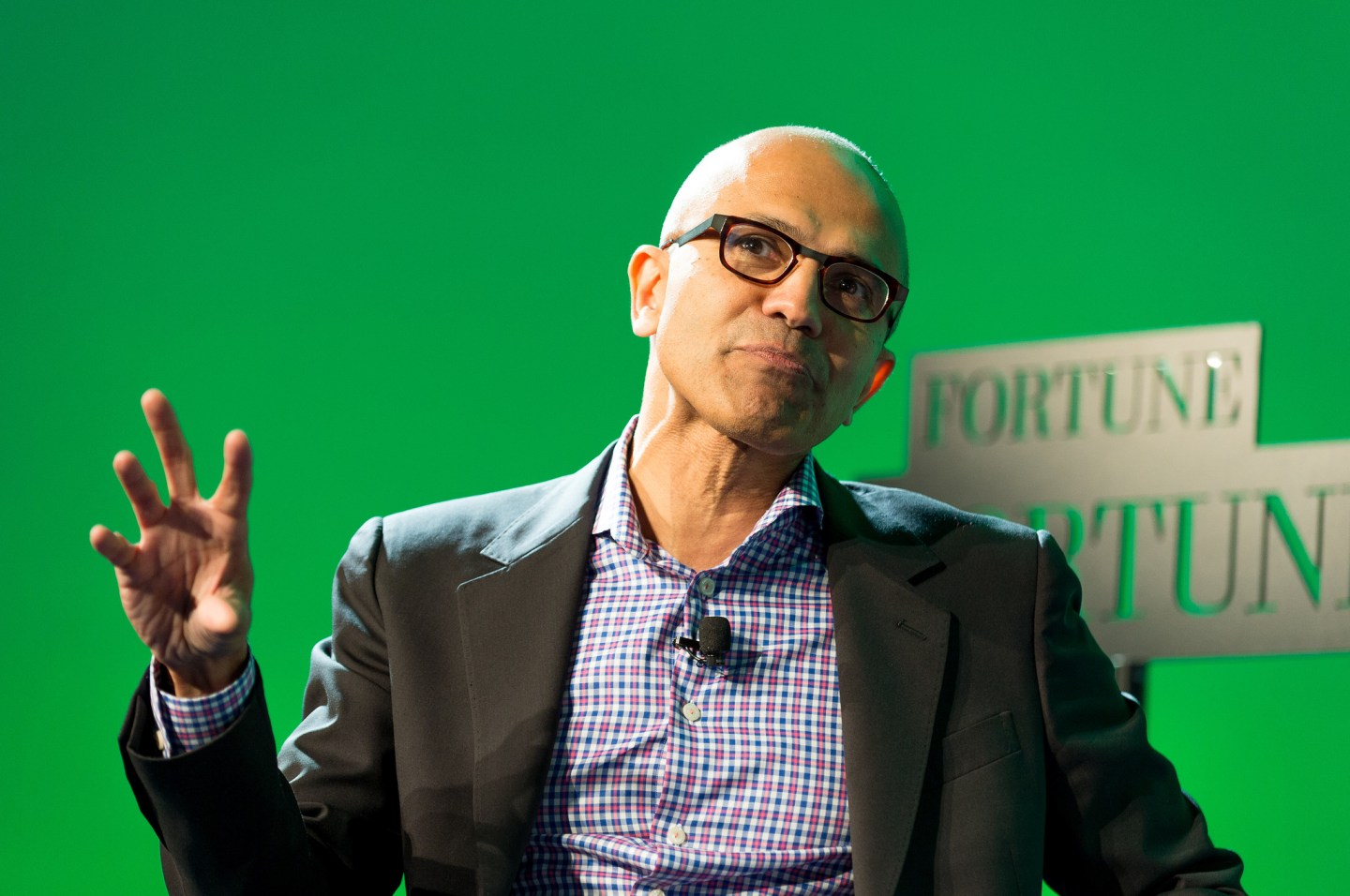 Satya Nadella, Microsoft’s chief executive, has his hands full trying to reboot his company in the age of Google and a resurgent Apple. Nearly all of its products are under attack or trailing the competition.

What Nadella should do has been the subject of great debate among industry watchers. On Thursday, he took his first major step by announcing plans to cut 18,000 jobs to help streamline the company. Despite the scope of the move—it would be Microsoft’s largest-ever wave of layoffs—Nadella has been vague about what may be in store for the technology giant.

Last week, he released a 3,000-word mission statement to employees in which he stated the obvious: that Microsoft (MSFT) needs more urgency and innovation. He followed it up with an equally elusive appearance at Fortune’s Brainstorm Tech conference in Aspen, Colo. during which he emphasized the huge potential of his company. One problem: Nadella did not outline how he planned to achieve it.

Analysts have a number of ideas for Microsoft, from incremental to radical. Nearly all agree that reinvigorating a company as big as Microsoft will take time, if it can be done at all.

“It’s very difficult for a company of that size and that many commitments to customers to turn on a dime,” said Ross Rubin, an independent analyst with Reticle Research.

Microsoft, of course, once dominated the technology industry with its Windows computer operating system and Office productivity software suite. But the world quickly changed, and Microsoft was slow to change with it. Today, Microsoft’s position is weak because it failed to anticipate the shift by consumers from desktop computers to mobile devices early enough. Now, it’s scrambling to catch up.

The company remains a behemoth with $63.5 billion in sales during the first nine months of this fiscal year. Profits during that period reached an impressive $17.5 billion, but they gained only 3% from a year earlier.

Microsoft’s software business, the company’s cornerstone, is facing a difficult fight with rivals like Google (GOOG) and Apple (AAPL) essentially giving their versions away for free. For Microsoft, competing in such an environment, at least in the long term, is a losing battle if it fails to make major changes.

Earlier this year, Microsoft released a version of Office for Apple’s iPad, years after the tablet had become a blockbuster seller. The delay is believed to have cost Microsoft a large number of potential sales and left the market wide open for others to fill. So far, people have managed just fine without Office on their tablets and may now see little reason to spend money on it.

“What does Microsoft uniquely provide that is differentiated from other options, many of which are free?” asked Jan Dawson, an independent analyst with Jackdaw Research.

In another blunder, Microsoft failed miserably in making Windows a leading operating system for mobile devices. Apple, of course, uses its own operating system, iOS, while nearly every other manufacturer uses Google’s Android. To accelerate adoption among mobile device-makers, particularly those in emerging markets, Microsoft recently stopped charging hardware makers to incorporate Windows into smartphones and small tablets.

It’s a big gamble for Microsoft because it sacrifices Windows licensing revenue. But the company is hoping it will pay off by giving the operating system more traction and thereby entice more developers to create apps for those devices. Currently, relatively few developers bother because most people use phones with iOS or Android.

Microsoft’s mobile market share is anemic at best. Windows phones accounted for just 3% of global smartphone shipments at the end of last year, compared to 78% for Android and 18% for Apple, according to data from IDC, a market research firm.

Dawson said Microsoft must completely rethink its Windows strategy, rather than just make minor adjustments. The company should give away the operating system for all devices, not just smartphones, he said. To generate revenue, it should sell add-on services. His suggestion mirrors the rest of the market: Apple’s Mac computers come with a free operating system as does Google’s Chromebook laptops. Waiting just makes things tougher in the long run, he said.

“The big question is, how can they take their price down to zero or close to zero?” Dawson asked.

In addition to signing on more mobile partners, Microsoft is hoping to ramp up its own mobile device sales. In a sign of its commitment, it paid $7.5 billion earlier this year for the devices and services business of Nokia, the Finnish mobile phone maker.

Analysts said Microsoft should focus on making cheaper phones and leave the market for more expensive devices to others. Though technology fans don’t generally praise cheap phones, they are the company’s only hope to gain some needed market share, analysts said.

Dawson described Microsoft’s parallel push into selling tablets as largely a lost cause. It introduced the Surface in 2012 with a splash. But Surface had less than 1% market share last year—far behind Apple and Android—and is expected to reach just 2% this year, predicts IDC.

“The objective seems to have failed,” Dawson said.

Rubin said that Nadella should scale back Microsoft’s consumer products to focus more on enterprise customers. Microsoft already has a huge base of businesses that buy its servers and rely on its data centers. It was a strategy followed by Dell, the one-time consumer computer-maker that later shifted focus to corporate customers. Meanwhile, Hewlett-Packard (HP) is making more bets on the enterprise in the face of a tough consumer market.

It’s one reason Nadella called Microsoft a “productivity and platform” company rather than a “devices and services” company during his Fortune Brainstorm Tech appearance. (The latter term was coined by his predecessor, Steve Ballmer.) Productivity, at least, implies work and other chores, although Nadella’s definition is so broad—automatically translating a recipe by taking a photo of the page, for example—that it could mean virtually anything.

“The focus on productivity helps differentiate Microsoft from Google and Apple, which have aimed their devices and services as consumers,” Rubin said. “Microsoft is betting that professionals will lean toward the company that puts their goals ahead of advertisers—as Google does—with a strength in managed IT that Apple still doesn’t have.”

Nadella is expected to give more details about his reorganization plan on July 22, when Microsoft reports its quarterly earnings. Casting a shadow over the proceedings: the company’s long history of reorganizations, which have, despite optimism from senior executives, almost always failed to revitalize the company.