From Virginia, a blow to Silicon Valley 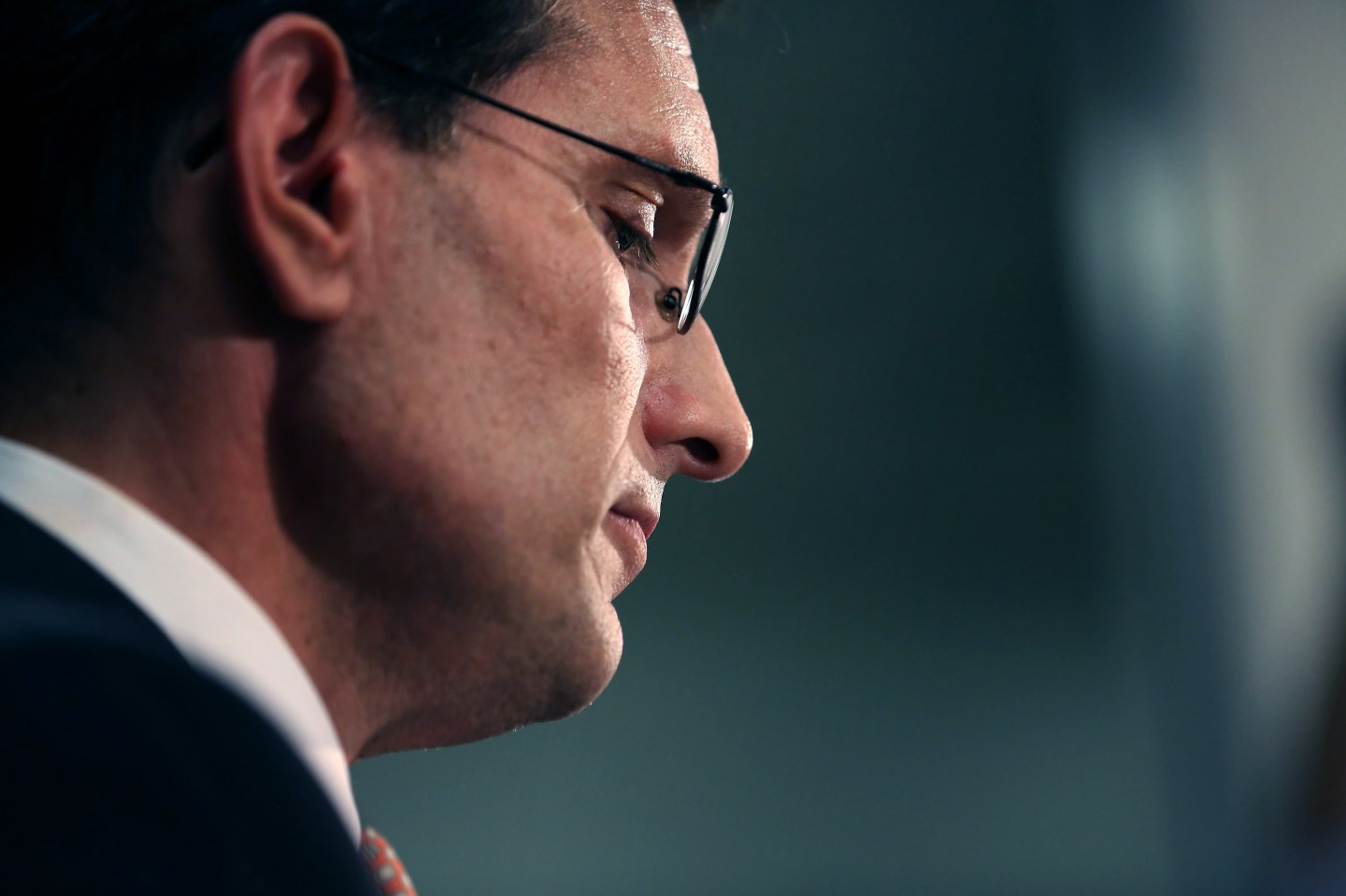 The big fear of advocates of immigration reform this election cycle was that a Republican who supported reform would be unseated by a Tea Party insurgent.

That didn’t happen. What’s more, Lindsay Graham, the South Carolina senator who was among the most vocal Republican supporters of reform—and who was hammered by hard-line conservatives for it—easily beat back a Tea Party challenger.

But what did happen may be even worse for the prospects of immigration reform in Congress this year. A prominent conservative Republican who was expected to win easily and who was wishy-washy on immigration lost to a scrappy opponent who lambasted him for, among other things, the sin of suggesting even a hint of moderation on the issue. That Republican, of course, was Eric Cantor of Virginia, who on Wednesday said he would resign as House Majority Leader.

Cantor’s stunning defeat shocked the Washington establishment and put immigration reform advocates in corporate America, led by Silicon Valley’s tech moguls, in something of a bind.

“We have to let things shake out a week or two and see where things stand,” said Joe Green, the president of FWD.us, the immigration-reform lobby group financed by Facebook CEO Mark Zuckerberg and other tech leaders.

Green vowed to keep pressing Congress members on an issue that has the support of the majority of Americans.

Like AOL founder Steve Case and other members of the tech industry, Green saw the Graham win as a potent message.

“If you want to look for a Republican primary in the South that was about immigration, look at South Carolina,” Green said. Graham supported comprehensive reform, including a path to citizenship for undocumented aliens, and sold it to his constituents. “He won by a larger margin now than in 2008,” he said.

Green was ready Wednesday morning with even more ammunition: National polls conducted by 16 Republican pollsters show that supporting reform, including a path to legal status for millions of undocumented immigrants, “generates a more positive electoral environment for Republicans.”

That may very well be true, but it’s up to John Boehner, the House Speaker, to put the issue for a vote. He wasn’t willing to do so before the primary. Cantor’s resignation has already set off a scramble to remake the Republican leadership in Congress. The expected result: A more conservative—and less inclined to support immigration reform—leadership.

Green’s reaction was more tempered. “D.C. is so driven by conventional wisdom,” he said. “But once it falls apart, a different conventional wisdom emerges.” That’s true. Exhibit no. 1: No one expected Cantor to be stomped by David Brat, a little-known college professor who raised a mere $200,000 to Cantor’s more than $5 million.