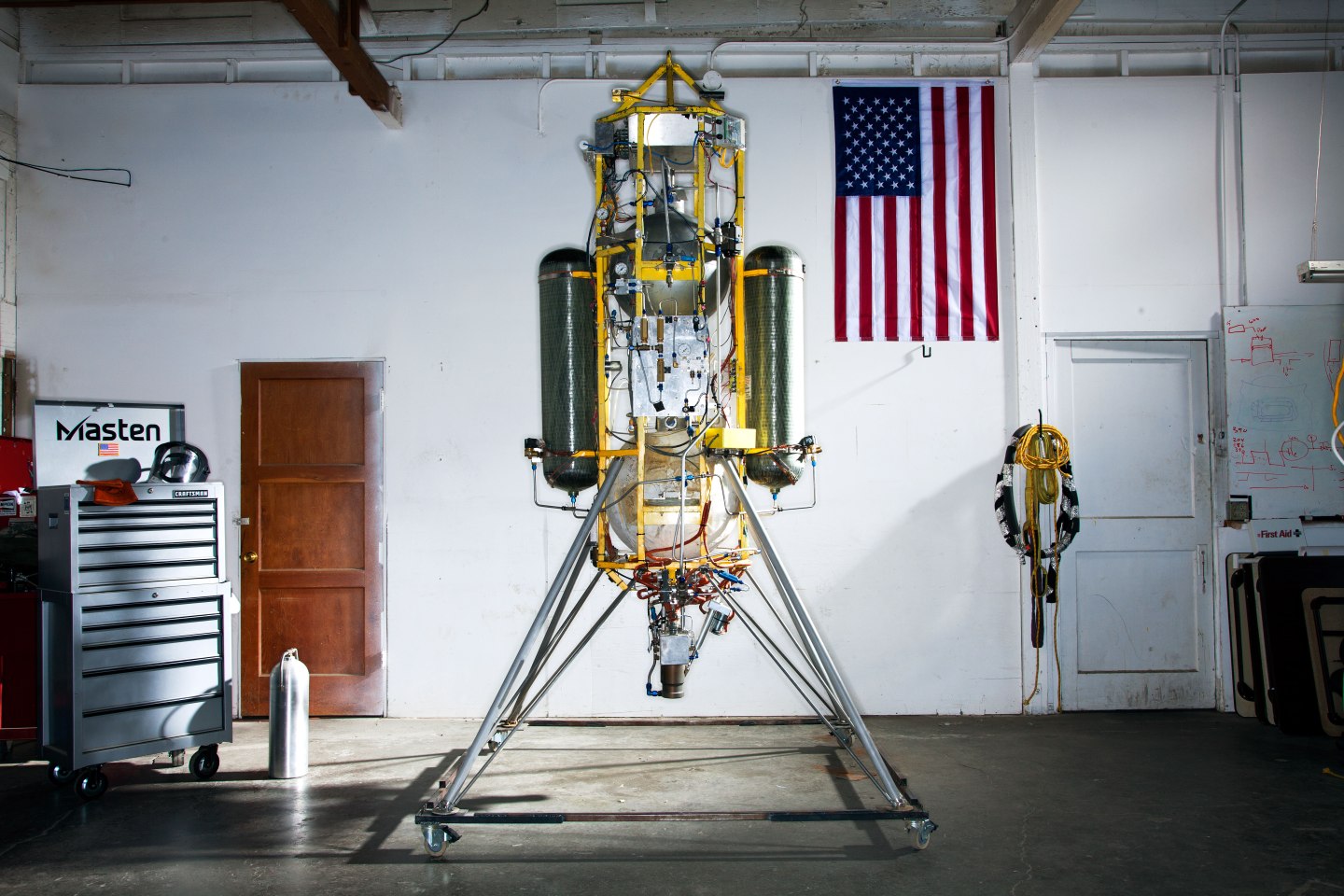 The private space flight has largely been the province of stargazing billionaires, such as Microsoft (MSFT) co-founder Paul Allen, Tesla (TSLA) chief Elon Musk, and Amazon’s (AMZN) Jeff Bezos. But one element of the modern-day space race — the quest to launch a space-tourism industry — is shaping up to be a David vs. Goliath battle. In one corner: the Virgin Group’s flamboyant Richard Branson, who has poured more than $200 million into his impeccably pedigreed Virgin Galactic. In the other: a scrappy band of rocket engineers at little XCOR Aerospace, which aims to become the Southwest Airlines (LUV) of the rocket business. Both companies hope to be ready for liftoff by 2014.

The two are neighbors at California’s Mojave Air and Space Port, in the desert 90 miles north of Los Angeles. Home to about a dozen private space companies, Mojave is a short hop from Edwards Air Force base, where Chuck Yeager broke the sound barrier.

MORE: Scenes from the Mojave Air and Space Port

Branson got into the game in 2004, when he licensed the technology behind SpaceShipOne, the Allen-backed project that was the first manned commercial vehicle to reach suborbital space. Branson soon upped the ante, building SpaceShipTwo twice as large, with two pilots up front and six passengers (called “participants” for legal reasons, because of safety risks) in the back.

Branson bankrolled two buildings out in Mojave, complete with reserved parking for fuel-efficient cars and a reception area with sleek granite countertops. Virgin plans to fly tourists out of a $209 million spaceport that Branson persuaded New Mexico officials to build with taxpayer funds. The ticket price? $200,000.

XCOR began its journey in 1999, when four employees of a company called Rotary Rocket got laid off and decided to go out on their own. “We had no money, no backers, and no business plan,” says co-founder Jeff Greason, now XCOR’s CEO. “But we knew how to build rockets.” XCOR is vying to launch its own space-tourism business about the same time as Virgin Galactic. Greason says it has spent about $45 million — raised from venture funds and individuals like Esther Dyson and Pete Ricketts — to date.

XCOR operates out of an old aircraft hangar littered with rocket parts; the company’s executive offices are outside, in portable trailers. From the start it has worked to design a spaceship that operates more like a commercial airliner: reusable up to four times a day, six days a week. The system would allow XCOR to accept passengers, space experiments, and small satellites for deployment on two days’ notice and to make a healthy profit even while charging a comparatively modest price: $95,000 for a ticket to ride.

Since both ships will soar to sub-orbit, providing about five minutes of weightlessness, Branson has promised to let his travelers float around in the rear cabin after arriving in space, before strapping back in for the rapid glide back to earth. XCOR’s smaller ship, called Lynx (it looks like a nimbler cousin of the space shuttle), has room for only one passenger, who will remain in a pressure suit, belted into a cockpit seat. “We’re trying to position the Lynx adventure as kind of The Right Stuff experience,” says XCOR chief test pilot Rick Searfoss, a former NASA astronaut who flew three space shuttle missions. Searfoss is skeptical that Virgin will be able to allow space travelers to float around — both for safety reasons and given the prospect of space sickness. “What if you paid $200,000 and you’re next to someone who loses his cookies?” he says.

Both companies are reluctant to forecast when they’ll begin carrying space tourists. (Virgin Galactic originally predicted a 2008 launch.) Greason, who was a manager at Intel (INTC) before becoming a rocket engineer, says XCOR is in “the homestretch toward the first flight” but that the process can’t be rushed. “We’re not an industry that can ship beta.”

XCOR has announced plans to move its operations during 2013 to Midland, Texas, where it has been promised $10 million in economic-development incentives and a gentler regulatory regime. “We dreamed of going to space our whole lives and got sick of it never happening,” Greason says. “We decided if it’s going to work, it’s going to have to make money.”

The Rotary Rocket outside Mojave Space Port.Photograph by Jesse Chehak