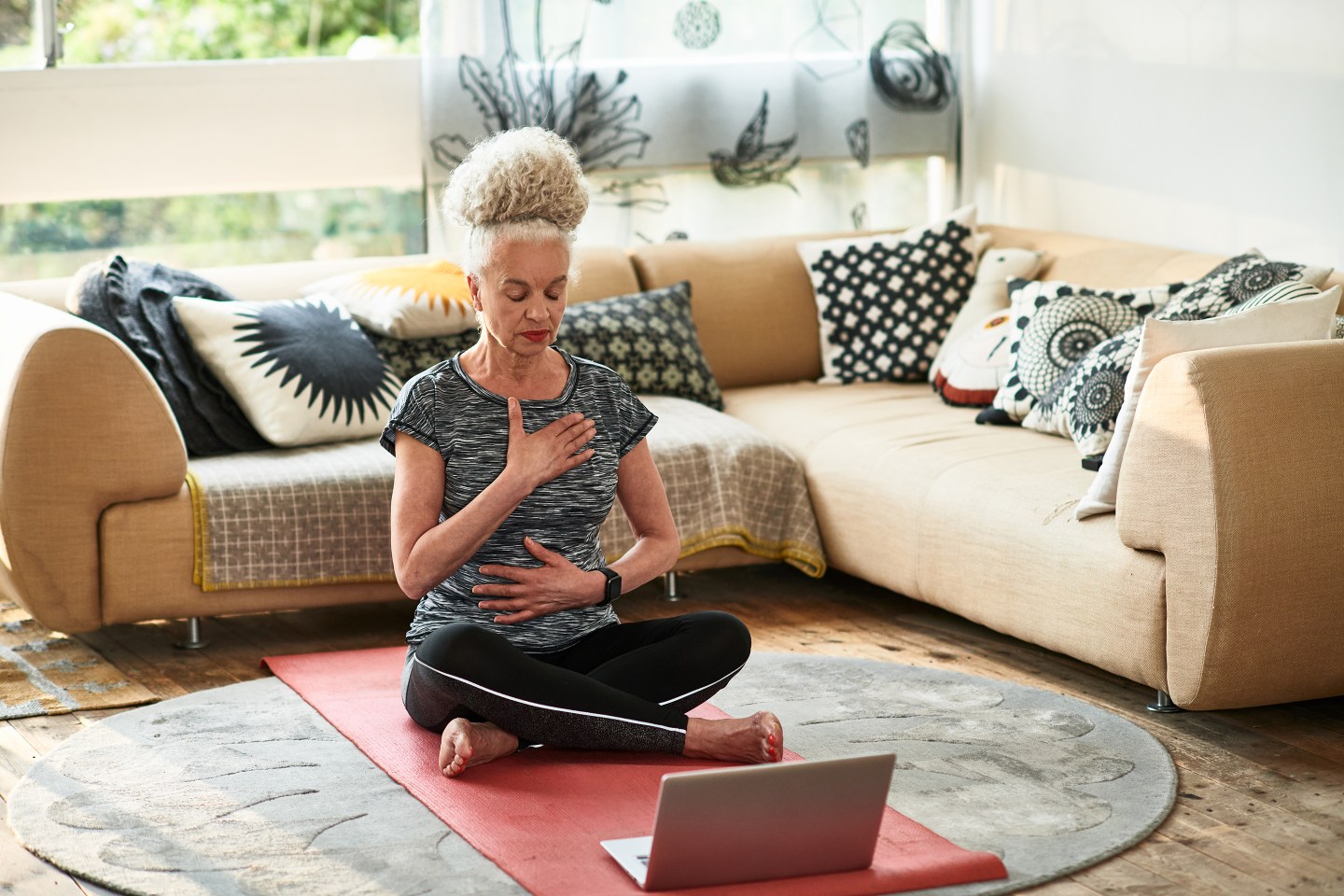 If you’re looking for a way to treat your anxiety without medication, a recent study published in JAMA Psychiatry found that mindfulness-based interventions such as breath awareness exercises, body scans, and mindful movement, like stretching, may be as effective as taking medication.

The randomized clinical trial was conducted between June 2018 and February 2020 and  included 276 adults with anxiety disorders from three hospitals in Boston, New York City, and Washington, D.C. Participants received either the antidepressant escitalopram, also known as Lexapro, or eight weeks of a weekly mindfulness-based stress reduction course, which included in-person classes, a daylong retreat, and daily home practice exercises.

Patients’ anxiety symptoms were analyzed upon enrollment in the trial and then again at completion, as well as post-treatment assessments at 12 and 24 weeks after enrollment, according to a press release about the study. Researchers rated the severity of patients’ anxiety symptoms and saw that both groups experienced about a 30% drop in the intensity of their symptoms.

“It is important to note that although mindfulness meditation works, not everyone is willing to invest the time and effort to successfully complete all of the necessary sessions and do regular home practice, which enhances the effect,” Dr. Elizabeth Hoge, director of the Anxiety Disorders Research Program and associate professor of psychiatry at Georgetown and the study’s first author, says in the press release.

“Also, virtual delivery [of mindfulness-based stress reduction] via videoconference is likely to be effective, so long as the ‘live’ components are retained, such as question-and-answer periods and group discussion.”

Meditation has a number of health benefits, including improved sleep and lower blood pressure. It has also been found to impact gut health, according to another recent study. Researchers found that the gut microbes in nearly 40 Tibetan Buddhist monks differed substantially from secular residents in neighboring areas, and that these microbes have been linked to a lower risk of anxiety, depression, and cardiovascular disease due to the connection between our gastrointestinal tract and central nervous system, or gut-brain axis.

“Collectively, several bacteria enriched in the meditation group [have been] associated with the alleviation of mental illness, suggesting that meditation can influence certain bacteria that may have a role in mental health,” researchers wrote in a press release about the study.