COVID keeps surging, but life is returning to normal everywhere you look. When will the pandemic really be over? 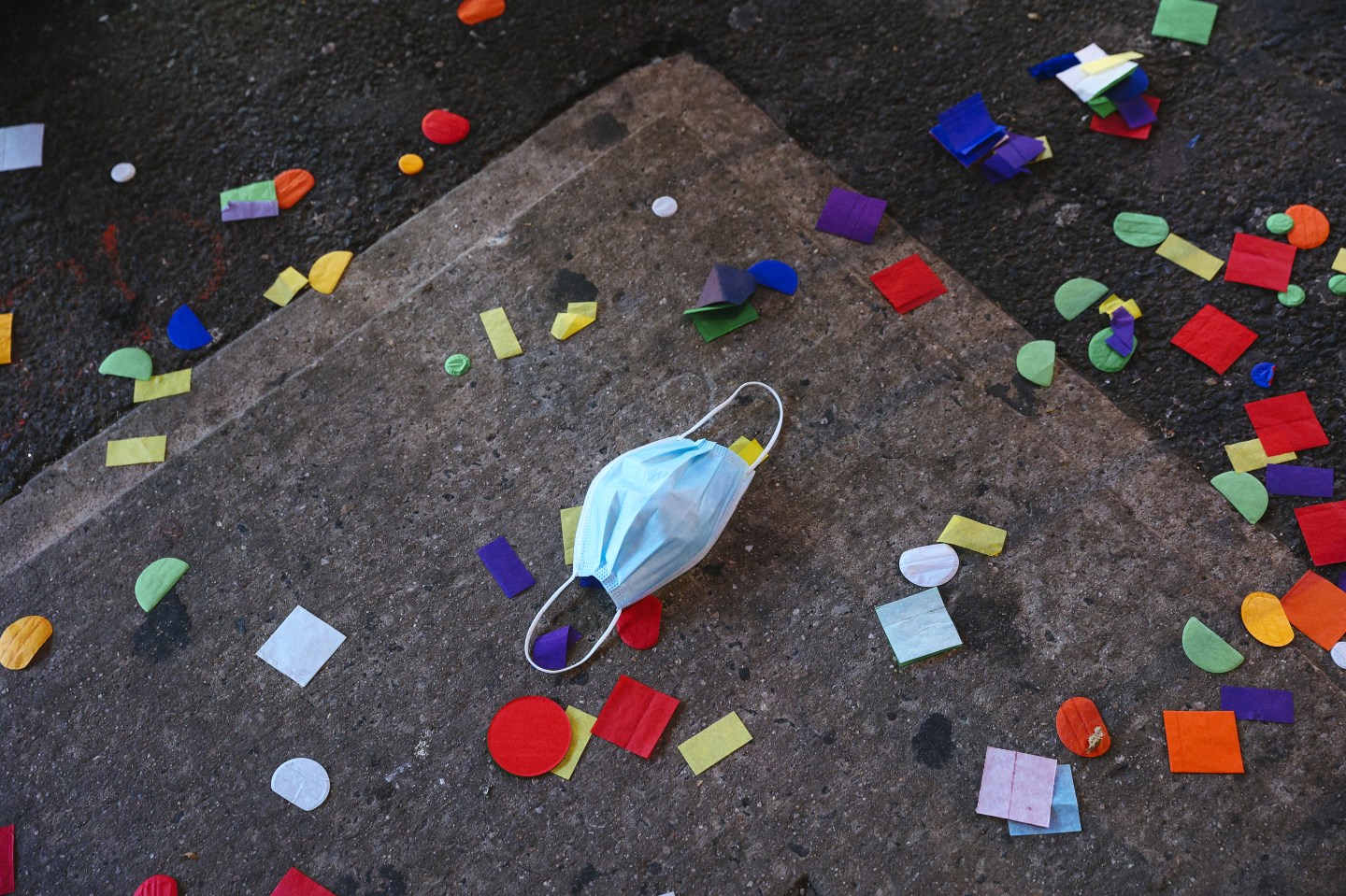 When will the pandemic end? And what does that even mean?
Angus Mordant/Bloomberg via Getty Images

COVID is never going away. But the pandemic will inevitably end at some point. Right?

For many, it already has, with masks, social distancing, and frequent handwashing relegated to a traumatic past they’re unwilling to revisit.

This week the Biden administration extended the U.S. public health emergency for another 90 days, though U.S. Department of Health and Human Services officials recently warned states that the emergency status may soon come to an end. World Health Organization officials, too, continue to express optimism that the global health emergency may draw to a close this year. A committee meeting on the matter is set for Jan. 27.

Are we—or are we not—still in a pandemic, three years in? There aren’t consensus definitions for the terms “pandemic” and “endemic,” which loosely refer to a disease outbreak affecting the world, and a particular area like a country, respectively. Given the lack of agreement, it’s impossible to definitively say if the pandemic is ongoing. Personal opinions vary, and shades of gray abound.

At what point will we all agree? Will we ever?

“Unfortunately, ‘pandemic’ is really more of a political and sociological term than a scientific one,” Dr. Jay Varma, chief medical adviser at the New York-based think tank Kroll Institute, told Fortune. A 20-year veteran of the U.S. Centers for Disease Control and Prevention, Varma was the principal architect for New York City’s COVID-19 pandemic response before joining the institute in March.

A pandemic tends to transform into an epidemic—at least in the court of public opinion—“when society or government reaches a point where it’s willing to accept a certain number of deaths each day,” Varma said.

“It’s certainly not scientists who decide that. Those in public health would say that’s not acceptable.”

Conditions are better than they were in the early days of 2020, he concedes. COVID, however, “is still causing—to me—an unacceptable amount of deaths,” he said, adding that society’s acceptance of the body count—hundreds of thousands annually in the U.S. alone—is “disturbing.”

Not now, of all times

Of all times to declare the pandemic over, now is not it, many public health experts contend. The reason: the recent unshackling of China from years of “zero COVID” restrictions. The reopening appears to have occurred without much, or any, planning, leaving the majority of China’s 1.4 billion residents vulnerable to illness, hospitalization, death, and long COVID—simultaneously.

The reopening serves as a wildcard for the world, too, putting it at risk of potentially dangerous new variants that are statistically more likely to occur there, given ultra-high levels of transmission. Chinese New Year gatherings on Jan. 22 are likely to further fuel transmission. What’s more, the Chinese government is allowing residents to travel internationally again.

China aside, levels of potentially daunting COVID variant XBB.1.5, dubbed “Kraken,” are surging in the U.S. They played a role in a recent rise in hospitalizations in the Northeast—a trend that could play out in the rest of the country, as the virus expands westward. Other countries could eventually find themselves in a similar situation.

Still, it may be time to end emergency declarations, Dr. Georges Benjamin, head of the American Public Health Association, a 150-year-old organization of public health professionals that seeks to promote health and health equity in the U.S., told Fortune.

“It’s got to go away at some point,” he said on Tuesday about the U.S. federal health emergency. “And I think we’re quickly approaching that point.”

“The policymakers don’t want to fund it anymore; people don’t want to pay attention to it anymore,” he said. “It’s a human behavior thing. If everything is an emergency, nothing is.”

But declaring an end to the emergency doesn’t mean the pandemic’s over, Benjamin cautioned.

“It doesn’t mean anything,” he said. “We’re not in a public health emergency and we still have an HIV/AIDS pandemic.”

How to exit the pandemic

There are a few generally accepted paths out of pandemic status, Dr. Bruce Y. Lee, professor of health policy and management at the City University of New York School of Public Health, told Fortune.

One of them: when the level of COVID infections drops sufficiently worldwide. The virus could settle into a pattern of true seasonality, similar to what is seen with RSV and the flu, in which cases are virtually nonexistent in the summer and spike in the winter. Or COVID levels could decline—somewhat—to a prolonged “high plateau,” with a relatively elevated level of cases occurring throughout the year.

A transition to the later scenario could be underway now, Lee contends. Peaks in cases aren’t as high as they were in early pandemic days. Nor are valleys between spikes as low as they were—painting a potential picture of an endemic COVID future with consistently elevated levels of viral transmission.

A seasonal pattern would be preferable, Lee says.

“We don’t want to have higher-than-high plateaus or constant levels throughout the year,” he said. “That’s a lot more difficult to manage than something seasonal.”

A glorified cold or flu?

With the U.S. still in the grips of a “tripledemic” of COVID, RSV and the flu, public health officials are warning those with symptoms like fever and malaise to not assume they have the flu, and to test for COVID. It’s virtually impossible to distinguish the two based on symptoms right now, experts say.

It’s a reality fueling office water-cooler debates about the continued legitimacy of the pandemic. How can COVID still be of pandemic status if it’s indistinguishable from the flu or, for some, a cold?

It’s a fair question, but one with a simple answer: Cold viruses rarely kill—and the flu doesn’t kill nearly as often as COVID.

“Psychologically, I’m afraid the public is accepting our current situation as the pandemic being over, despite the fact that we have 250,000, 300,000 deaths a year—far more than we have with the flu,” said Merson, from New York University.

Last season, the flu killed an estimated 5,000 Americans, according to the U.S. Centers for Disease Control and Prevention. It was a mild flu year, to be sure, thanks to pandemic precautions. But annual flu death tolls routinely number in the tens of thousands—not hundreds of thousands, like COVID deaths. Since the pandemic began, COVID has killed nearly 1.1 million Americans. The flu has killed less than 50,000.

While the public and many public health experts continue to be at odds on the pandemic’s status, Lee says things are looking up—at the moment.

In 2020, many public health experts predicted that the pandemic would last around 2.5-3 years, he says—about the length of the 1918 flu pandemic and other outbreaks, like the Japanese smallpox epidemic of 735-737, the Black Death, and the Italian plague of 1629-1631.

“We’re roughly on schedule, plus or minus—more plus—compared to what we originally anticipated,” Lee said. “This suggests that 2023 may be the big transition year. We’re seeing the right trends.”