The Kraken COVID variant isn’t different enough from other Omicrons to get a Greek letter, WHO official says 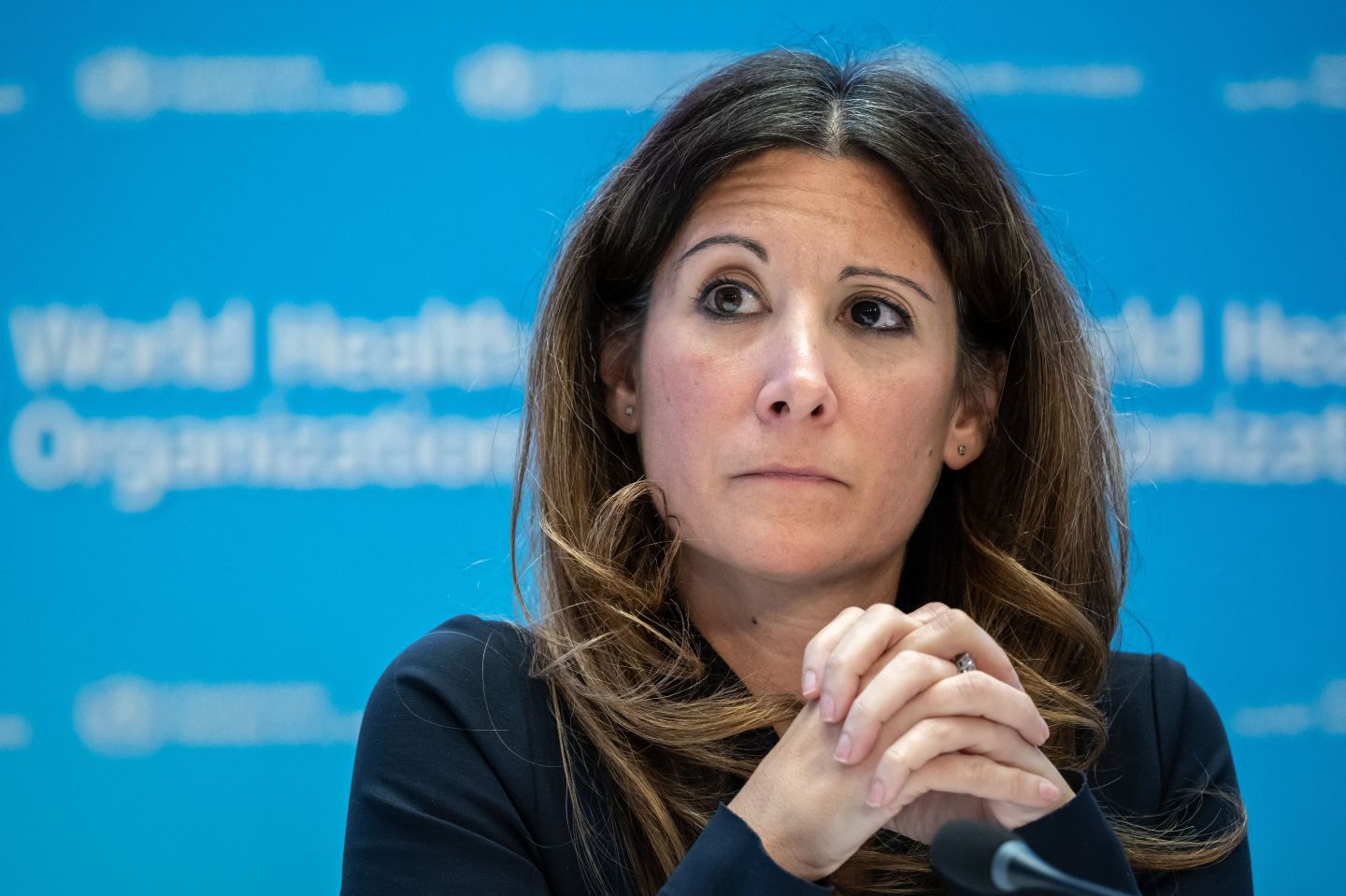 While Kraken, rapidly growing in the U.S., is “incredibly transmissible” and spreads faster than other circulating variants like BQ.1.1, it still belongs in the Omicron family, Maria Van Kerkhove, technical lead for COVID-19 response at the WHO, said at a news conference.

Canadian biology professor Ryan Gregory recently nicknamed the “high-flying” variant—the projected cause of the majority of COVID cases in the U.S. Northeast—after the aggressive mythological Scandinavian sea monster Kraken. New variants rising to prominence need memorable names that convey to the public the evolving threat of Omicron, he argues, instead of just a string of numbers and letters. The WHO, in charge of assigning Greek letters to significant new COVID variants, hasn’t assigned a variant a new letter since Omicron roughly a year ago, arguing that developing variants haven’t evolved enough to warrant a new moniker.

XBB.1.5 is expected to escape immunity from prior infection and vaccination at about the same level as XBB, from which it evolved. XBB and BQ.1 COVID variants are the most immune-evasive yet—but it doesn’t appear that XBB.1.5 takes that evasiveness much, if any, further, according to a risk assessment of XBB.1.5 released Wednesday by the WHO.

It’s still unknown whether illness caused by XBB.1.5 is more severe than that caused by other recent COVID strains.

The WHO cautioned that its confidence in its assessment is “low” due to a lack of data from outside the U.S. It concluded only that the new variant “may contribute” to a rise in cases, but did not say where. The report called on countries that have identified the variant within their borders to report on how rapidly it’s growing compared to other variants, in the next one to three weeks; on how immune-evasive it might be, in the next two to six weeks; and on its severity, in the next four to 12 weeks.

So far, new Omicron strains are all “behaving in the same way,” aside from becoming increasingly more effective at spreading, Van Kerkhove said, adding that the WHO expects to see more growth advantage and immune escape in variants as they evolve.

When new variants begin behaving differently, “we’re not afraid to use these Greek letters,” she said.

WHO officials are discussing how to classify variants as the pandemic continues, she added: “If we can come up with different ways to describe these variants in the future, that will be announced.”

When COVID variants began materializing, the WHO devised the strategy of naming them after Greek letters, skipping some that might be confusing—like Nu, which sounds like “new,” which would apply to all variants at some point—or offensive to some, like Xi, the surname of China’s president.

New strains of Omicron are becoming increasingly more transmissible and evasive, with the ability to dodge immunity from prior vaccination and infection. Using the term “Omicron” or something like XBB.1.5 to describe them just isn’t cutting it anymore, he said.

With input from both professional and “citizen” scientists around the globe, Gregory has compiled a list of memorable monikers from Greek mythology and other realms—Chiron, Argus, Basilisk, and Typhon—for the Omicron spawn that medical experts believe pose the greatest threats in the near future. He was inspired by a Twitter user who dubbed the Omicron strain BA.2.75 “Centaurus” this summer, and saw the media and some experts pick up the moniker.

Since Gregory began using the name Kraken—an aggressive sea monster from Scandinavian folklore—shortly after Christmas, it has quickly gained steam, as reported by Bloomberg. The term has been picked up by a host of other international and national news outlets including Insider and Sky News. Centaurus was named in journal articles and used by the likes of Nature and the Guardian. And some variant trackers are now using the proposed names as hashtags on Twitter.

Experts like Gregory worry that a lack of new and specific names for Omicron variants could lead members of the public to draw false conclusions—like that the virus isn’t evolving, or that a months-ago infection with Omicron will confer protection against newer strains of Omicron, which isn’t necessarily true.

“And it’s not a good defense for not naming them,” he added. “I would implore them to do so. The public can’t keep these numbers straight.”

Topol said he would have called BA.5, dominant globally until recently, Pi or Sigma because it’s “so distinct” from the original Omicron, BA.1, as well as the so-called stealth Omicron, or BA.2.

Two particularly worrying recent variants—BQ.1.1 and XBB—should have also been assigned Greek letters because researchers have called them “extreme in terms of immune-evasiveness and resistance to monoclonal antibodies,” he said at the time.

“They could be given new Greek letter names instead of the ones some people invent,” he said of the new strains. “If different people are going to make up names, it’s going to be just as confusing as the numbers or letters.”

Kraken on track for U.S. dominance

XBB.1.5—a recombinant, or combination, of two Omicron BA.2 strains—was behind 18% of COVID cases nationally last week, the Centers for Disease Control and Prevention (CDC) said Friday. It’s projected to be behind 28% of cases this week, making it the second most common variant in the U.S.—and putting it on track to become the most dominant in the States, according to a Jan. 5 memo from the European Centre for Disease Prevention and Control (ECDC).

Kraken is estimated to double the number of people it sickens every nine days, according to the ECDC’s report. Experts are eyeing it because of its ultrahigh transmissibility, with Van Kerkhove saying last week that it’s the most transmissible COVID variant the world has seen to date.

It’s unknown if the variant is contributing to a rise in hospitalizations in the northeast U.S., where it’s thriving, Van Kerkhove said last week. In conversations with Fortune this week, experts echoed her assessment. But they cautioned that Kraken is likely playing at least a part in the regional rise in hospitalizations—and that the rise could spread, as levels of Kraken flow westward in greater volume.

“The rise in hospitalizations being seen in the Northeast may eventually be seen throughout the U.S., if the XBB.1.5 subvariant is helping fuel this rise and this subvariant continues to spread throughout the rest of the country,” Dr. Bruce Y. Lee, professor of health policy and management at the City University of New York School of Public Health, told Fortune.

While the bulk of XBB.1.5 sequences (82%) have been reported from the U.S., in addition to the U.K. (8%) and Denmark (2%), the new variant has been seen in 38 countries, according to the WHO. Those countries include the U.K., Austria, Belgium, Czechia, Denmark, France, Germany, Iceland, Ireland, Italy, the Netherlands, Portugal, Romania, Slovenia, Spain, and Sweden, according to the ECDC.

While Kraken could become the dominant variant in the U.S. in short order, it’s not expected to dominate the U.K. within the coming month, if at all, due to low levels of circulation currently taking place there, the European public health organization recently said.