The health benefits of standing vs. sitting: how much you should stand in a day and why 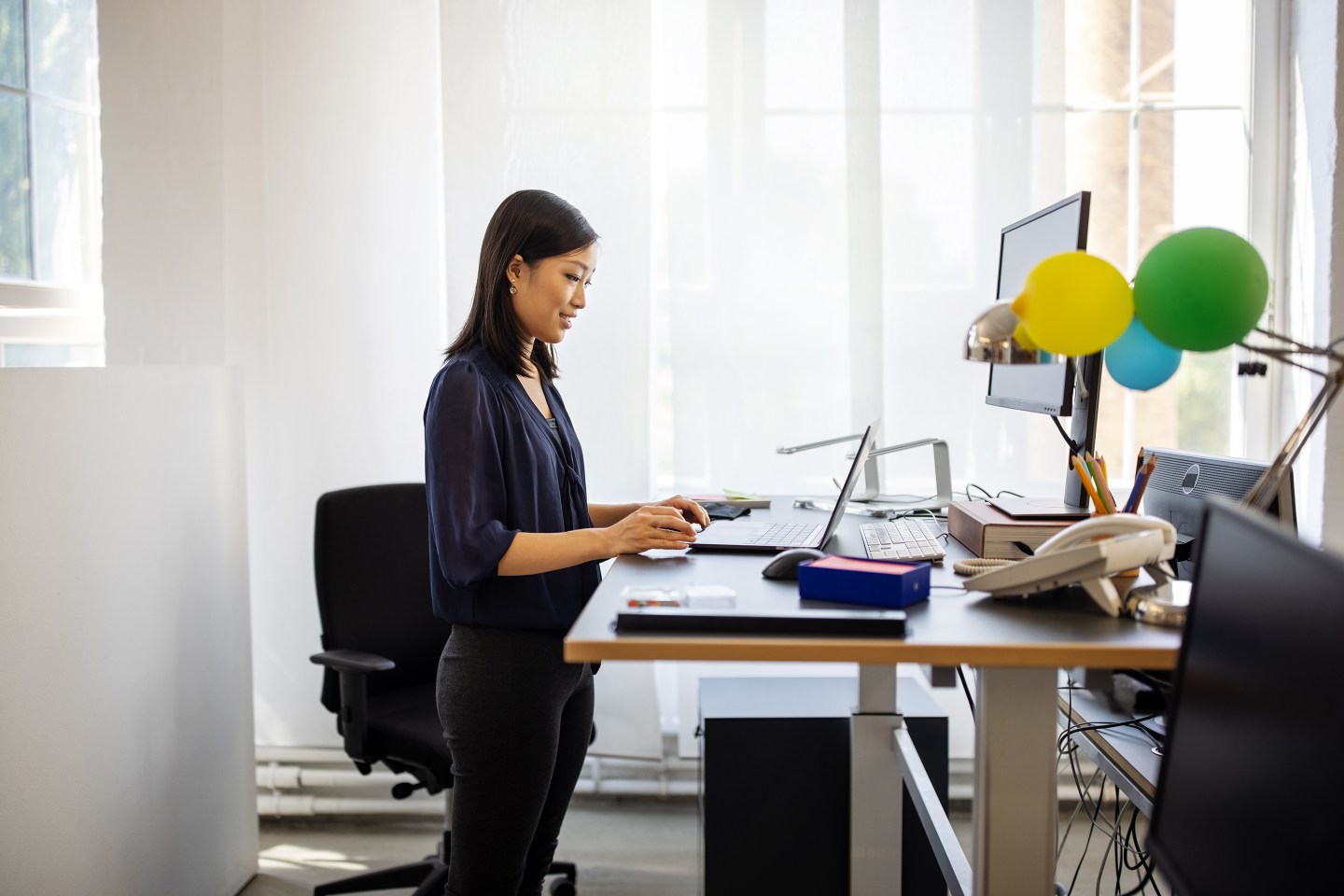 If you’ve ever been nudged by your Apple Watch to stand up after sitting for too long, then chances are you already know standing is important. But you may not know why or how much standing is “enough.” According to Christopher Travers, an exercise physiologist, an exercise physiologist out of Cleveland Clinic Sports Health in Cleveland, Ohio, standing for about three hours per day can help us live longer.

“The biggest push is to get people to stop sitting for long periods of time. Recent research suggests that adults spend eight hours a day being sedentary and that’s just your workday, that’s not including your commute and when you get home,” he says.

There are a few good reasons why we should consider standing more often, among them lower blood sugar levels, lower risk of heart disease and less stress and fatigue than those who sit for eight hours or more each day.

If standing more is one of your goals for the New Year, Travers suggests habit-stacking, or adding standing to an activity you’re already likely to do, such as making a cup of coffee, refilling your water bottle or talking to a coworker.

If you’re feeling particularly ambitious, you could consider investing in a standing desk, which has been shown to boost productivity, or a fitness tracker, such as an Oura Ring, Fitbit, or Apple Watch. Research from the Apple Heart and Movement Study shows that the Apple Watch Stand notification increases the probability of standing up by almost 50%, and even more so for those over 75 years at 60%. But if you prefer a more old-fashioned way, setting hourly reminders on your phone works as well.

“Standing alone can be enough but you can always add in some exercise too, think lunges, calf raises, squats, dips on the chair, incline push ups on the desk or stretching especially if you aren’t working out outside of that,” says Sonya Robinson, a Chicago-based National Academy of Sports Medicine (NASM) certified personal trainer and fitness nutrition specialist. “Always start with a shorter duration, such as 15 minutes per hour, and build up from there.”