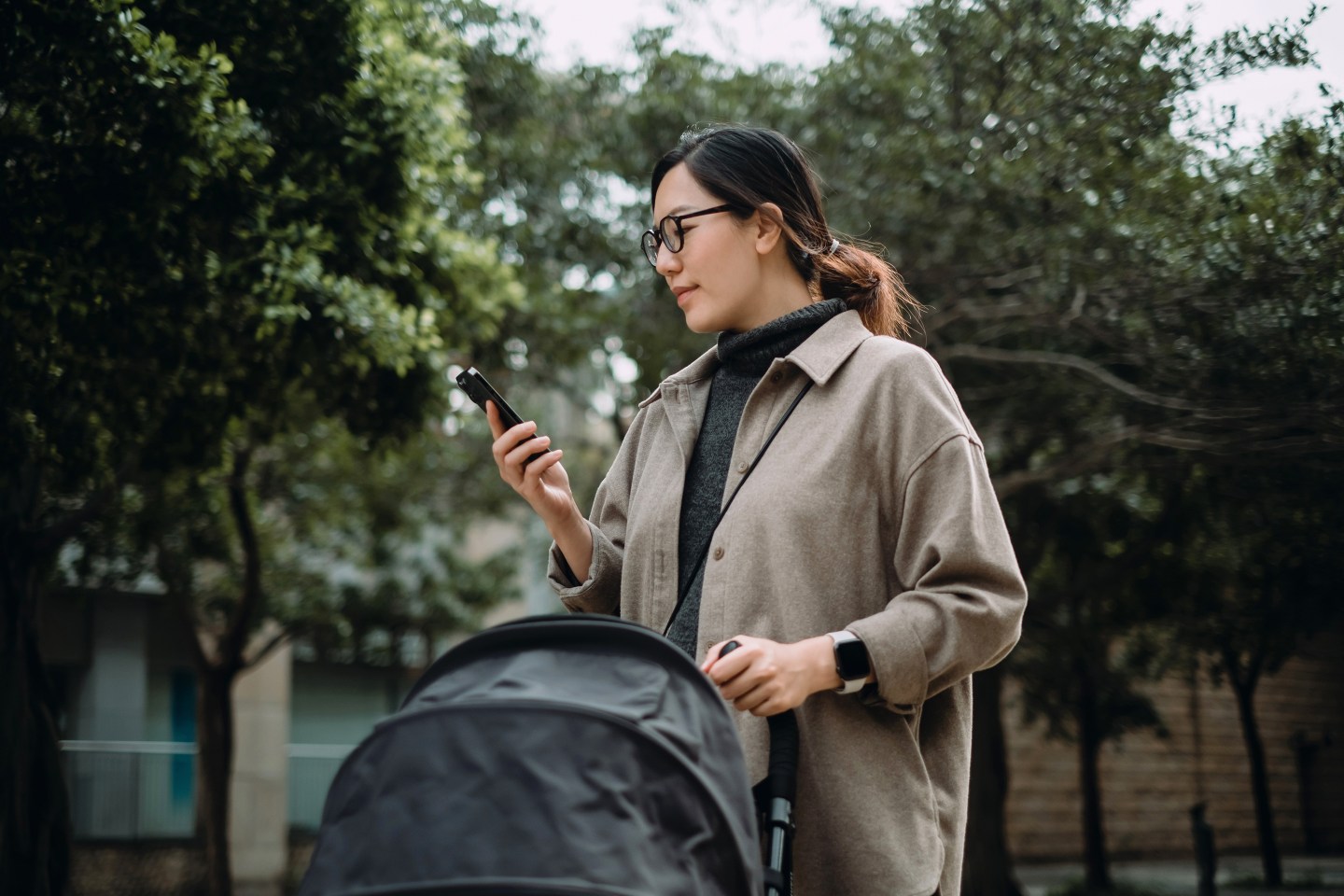 When my husband and I were plotting our move from Ohio back to Chicago earlier this year with our then six-month-old daughter, a few mom friends suggested I join local Facebook groups as part of my reconnaissance to determine the best daycares, the best doctors and so forth and so on. As someone who often researches every possible outcome before making a decision, I did as I was told.

What I soon learned, however, is that these Facebook moms groups were sometimes helpful, but often toxic. Helpful: meeting a fellow mom who’d recently moved into a building we were considering and could share firsthand knowledge about the neighborhood and nearby daycare. Toxic: heated arguments over whether to breastfeed or bottle-feed; when and how to start sleep training; to send your kid to a Montessori school or (gasp!) a traditional one. There are so many opinions and contradictory advice, not to mention judgment for days! It’s enough to drive a sleep-deprived anxious first-time mom up the wall.

According to a new study from Pepperdine University, the more time women spend in these mom-focused social media groups, the higher their cortisol, or stress levels, are. Yup, sounds about right.

Researchers recruited 125 first-time mothers; filtered out those who’d reported additional stress factors, such as pregnancy, mental health issues and substance abuse; and moved forward with 47 participants who were mostly white, college-educated, as well as active on social media and members of mom groups. More than half of the participants spent at least two hours a day on social media sites and 46.8% used social media geared toward mothers at least four times a day.

The mothers completed a four-day monitoring period, which included daily questionnaires and saliva samples to analyze their cortisol levels. Afterward, researchers found that the spikes in cortisol were likely due to “negative interactions with other moms on social networking sites and more time spent with these interactions.”

While I’m technically still a member of these Facebook groups, I only hop in when I need to find something and I quickly exit. Occasionally I’ll linger to check out the discussions, but always as an observer, never as a commenter—lest someone lambast me for my parenting decisions. It doesn’t help that I’m often one of the few Black moms, an experience Washington Post senior culture writer and author Helena Andrews-Dyer candidly discusses in her latest book, The Mamas: What I Learned About Kids, Class and Race From Moms Not Like Me.

One of the mom friends Andrews-Dyer interviewed for the book described online mom groups as something for “stay-at-home/gently employed white women who make Goldfish crackers from scratch and decorate their front porches for every season.” I can’t say that she’s wrong. It’s hard to miss a space that’s not designed with me and my experiences in mind.

Instead, I’ve surprisingly found Twitter to be the most helpful when it comes to finding parenting tips as a new mom, as I often found myself tweeting into the abyss during those late-night/early-morning feedings wondering whether this was normal or that was normal. I’ve had Twitter Moms, as I’ve come to lovingly call them, give me (non-judgmental) advice on everything from sleep training to starting daycare.

I’ve also found solace in my text group chats with two other new moms, both of whom happen to be Black—each of us intentionally creating the kind of online community we’ve all been craving. The kind of community these Facebook groups promise, but, at least in my experience, rarely deliver on, especially for moms like us. The helpfulness of online mom groups all depend on what you’re hoping to get out of them and, as with most information on the internet, your ability to take everything with a grain of salt.

“My advice is for mothers to first decide if the online space is the best place to seek support, given their existing tendencies to compare and their existing interpersonal relationships,” says Dr. Lauren Amaro, an associate professor of communications at Pepperdine and one of the researchers on the study, says in a press release.

“If a mom needs practical information (hey Facebook group, which pediatricians do you recommend?), online mom groups can be a wealth of knowledge and advice, though discernment is necessary. If it’s friendship or reduced feelings of isolation, some online mom groups can also be wonderfully encouraging places to make ‘real-life’ friends, but some are not. Moms should explore the culture of a group prior to engaging. It’s always worth questioning why and what you’re scrolling.”