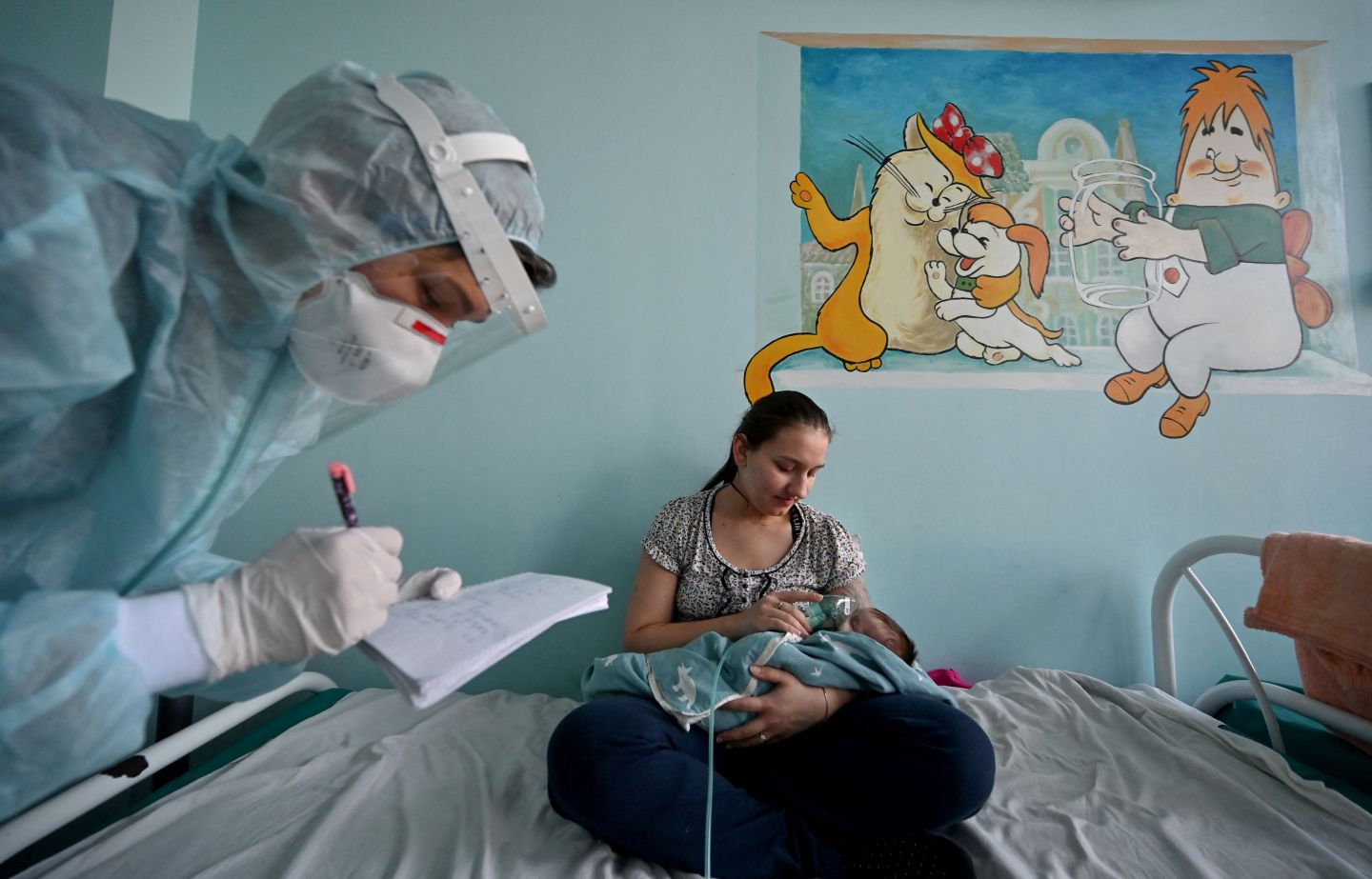 A woman holds an oxygen mask over the face of her baby suffering from COVID-19 in the ward of a children’s hospital in Kyiv, on Nov. 16, 2021.
Sergei Supinsky—AFP/Getty Images

A new COVID variant is on the radar of U.S. health officials.

BA.5.2.6—a spinoff of still-U.S.-dominant Omicron variant BA.5—is spiking in Ukraine, and it has so far shown itself to be capable of evading hospital COVID treatments.

The strain was added to the U.S. Centers for Disease Control and Prevention’s variant tracker Friday. It accounts for just 2.8% of cases in the U.S., according to agency data, coming in sixth this week. But in Ukraine, it has reached levels as high as 10%, according to data from GISAID—an international research organization that tracks changes in COVID and the flu virus. That makes it a leading emerging variant in Europe.

Most U.S. cases of the newly tracked variant are located in the Northeast: It represents an estimated 5.5% of cases in Connecticut, Maine, Massachusetts, New Hampshire, Rhode Island, and Vermont combined, according to the CDC.

Humanitarian conditions in Ukraine are poor owing to the invasion launched by Russia in February, and ripe for disease spread. Sick individuals in hostile areas can’t seek treatment. Some medical facilities have been destroyed, and health care supplies and personnel are difficult to come by. Crowding in bomb shelters during air strikes and artillery fire contributes to disease spread, according to an April report from the United Nations.

Adding insult to injury, COVID testing is not performed in occupied areas. Diagnosis data that is recorded is transmitted by phone, when connections are available. Thus, recorded cases are unreliable, and represent only a sixth of likely cases, according to the report. Case counts can also vary wildly from week to week. Ukraine saw a record-high 79,325 cases on Oct. 17 of last year, but had reported only 60 new cases as of Friday, according to data from the Johns Hopkins University School of Medicine.

BA.5.2.6 has appeared in other parts of Europe. It represents nearly 2% of cases in England, where other BA.5 relatives are dominant. And it accounts for nearly 1.5% of cases in nearby France, where BQ-family variants are seeing success, along with BA.5-family variants.

Trackers are eyeing the relatively new strain, identified in August, owing to its documented ability to evade antibody immunity, and spread more efficiently than other Omicron variants BA.4 and BA.5, which were dominant globally this summer.

This one renders IV antibody treatment Evusheld—usually administered to high-risk patients in a hospital setting—useless, according to a Sept. 27 article in The Lancet Infectious Diseases. It also reduced the efficacy of all other monoclonal antibody treatments approved by the U.S. Food and Drug Administration except for one, according to the article.

BA.5.2.6 is just one of hundreds of known Omicron variants circulating throughout the world right now. And it’s not alone in its immune-evasive properties. It contains a key mutation also found in other so-called high-flying variants being tracked by the U.S.—including BA.4.6, BF.7, and BQ.1.1—that is known to allow such evasion, with the potential to evade immunity from prior infection and vaccination, at least to some extent.

It’s the BQ-family variants, however, that are still on the path to U.S. domination, Dr. Eric Topol, professor of molecular medicine at Scripps Research and founder and director of Scripps Research Translational Institute, tweeted Friday. The family of variants will likely constitute more than 50% of cases in the coming weeks, he said.