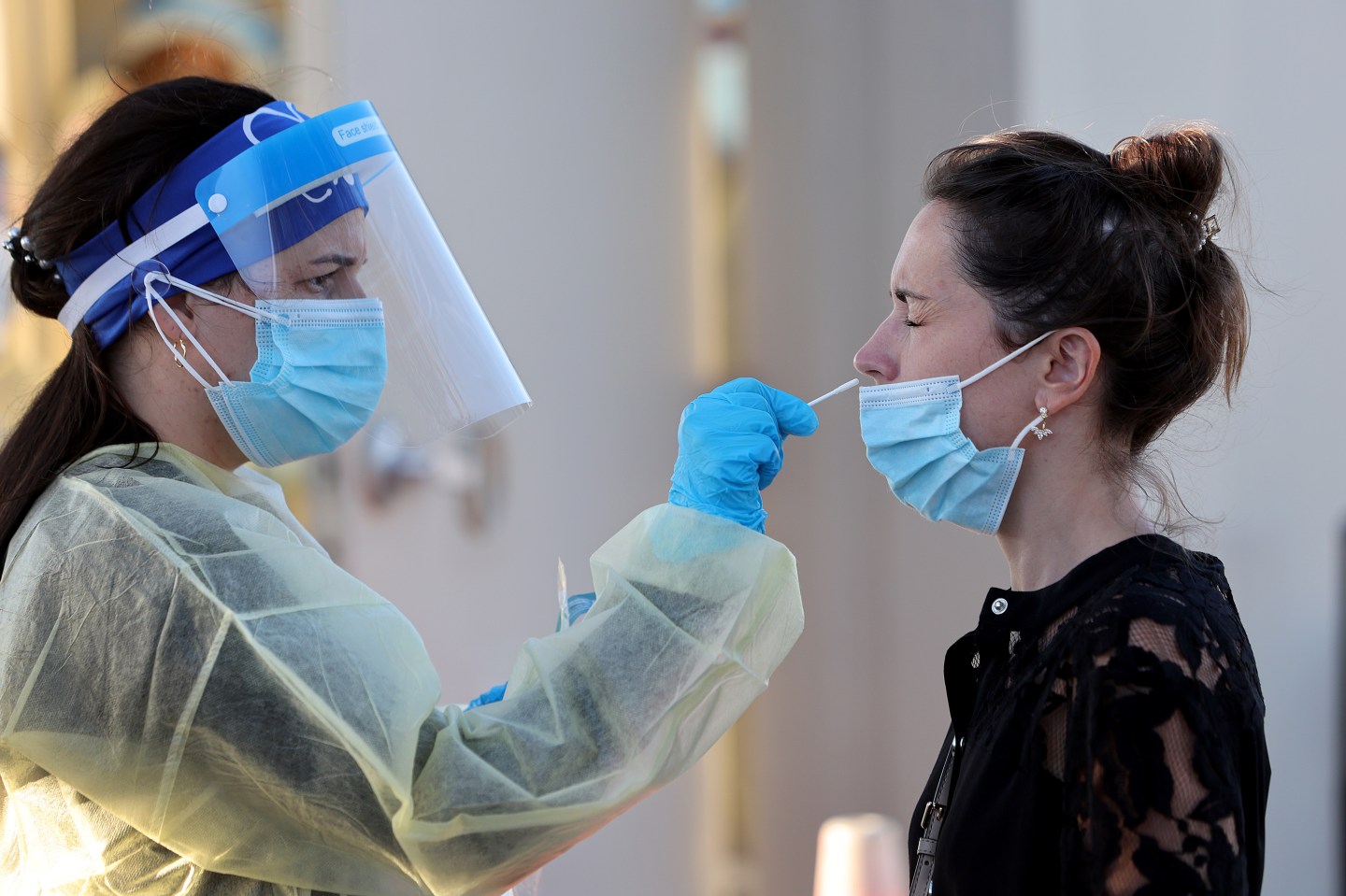 As once-feared Omicron subvariant BA.4 fades into the sunset, one of its offspring is picking up steam in the U.S.

BA.4.6—dubbed Aeterna by variant trackers on the Twitterverse—is slowly but steadily climbing toward the top of a muddled mountain of variants in the U.S. During the first week of October, Aeterna accounted for about 1% of cases, according to data from the U.S. Centers for Disease Control and Prevention. But by the first week of October, it was the second most commonly identified variant in the country, accounting for nearly 14% of cases. It was most common in the Midwest, where it comprised a little over a fifth of sequenced cases.

BA.5, a close relative, is still dominant, comprising roughly 79% of cases. But it is down slightly as other variants pull ahead.

Some experts, including those at the Institute for Health Metrics and Evaluation at the University of Washington as well as Dr. Anthony Fauci, predict a coming wave of infections that will swell in October and peak in late December or early January. Aeterna is one of a handful of variants being eyed for its potential to fuel such a wave.

Up-and-coming variants are increasingly evading both vaccines and society’s last remaining effective monoclonal antibody treatments. Aeterna evades the protection provided by Evusheld, an IV treatment of lab-produced antibodies given to individuals who are immunocompromised, and for whom vaccines don’t offer enough protection, according to a preliminary study published last month that has not been peer reviewed The U.S. Food and Drug Administration updated the drug’s packaging information shortly thereafter, stating that it’s 1,000 times less effective against Aeterna.

“We used to say we have the tools” against the virus, Dr. Raj Rajnarayanan, assistant dean of research and associate professor at the New York Institute of Technology campus in Jonesboro, Ark., recently told Fortune. “The tools are getting picked off.”

Some of this fall’s Omicron spawns seem to be more transmissible as well. Aeterna appears to have a nearly 6% growth advantage over BA.5, according to an Oct. 7 technical brief from the United Kingdom Health Security Agency.

But no one variant appears to be stealing the show so far this autumn. That could be because variants are becoming increasingly alike as they pick up similar mutations and combine with one another. This means that a fall/winter wave could be fueled by multiple variants that differ but just barely, experts say.

“Eventually all variants may look the same at the spike level,” where the virus binds to human cells in order to infect them, Rajnarayana said.

While new Omicron boosters are intended to offer substantial protection against severe disease and death, it’s unclear how they will hold up against newer variants like Aeterna, some researchers point out. However, vaccines are still the best tool society has against the potentially deadly virus and are worth getting, to be sure.

Aeterna’s parent, BA.4, and close relative BA.5 were discovered in South Africa, and first detected in the U.S. in late March. At the time, both were the most immune-evasive variants yet. While BA.5 would eventually dominate globally, BA.4 failed to dominate, in the U.S. or elsewhere.