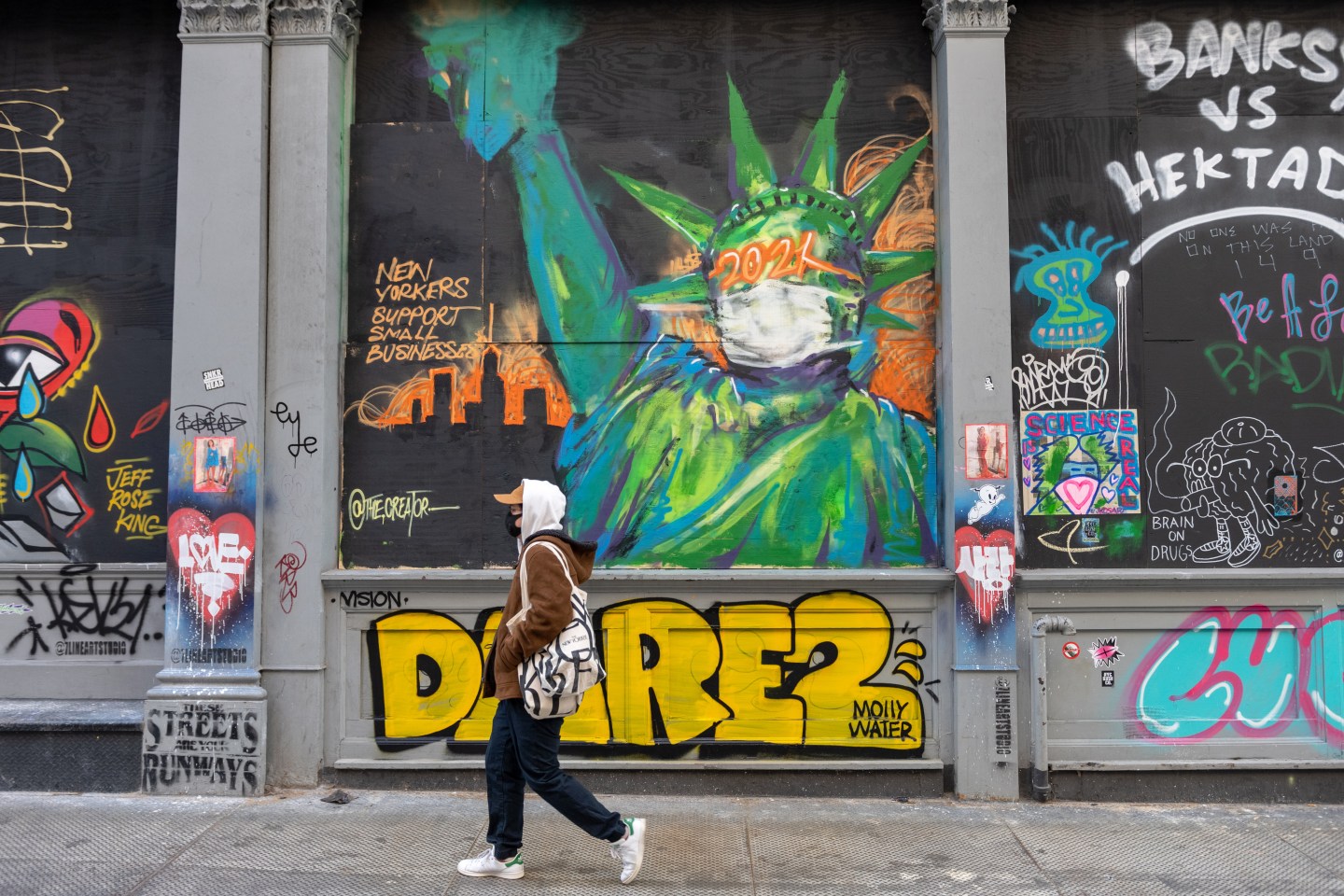 Two new COVID variants recently labeled as “pretty troublesome” by top U.S. infectious disease expert Dr. Anthony Fauci are rising quickly in the New York region, accounting for a projected 20% of cases, according to data from the U.S. Centers for Disease Control and Prevention.

Omicron spawn BQ.1 was estimated to account for nearly 12% of cases in the region during the week ended Friday. Its offspring, BQ.1.1, was projected to account for 8% of cases. The CDC defines the New York region to also include New Jersey, Puerto Rico, and the Virgin Islands.

“We are really worried about BQ.1.1 and looking closely at New York data,” variant tracker Raj Rajnarayanan, assistant dean of research and associate professor at the New York Institute of Technology campus in Jonesboro, Ark., told Fortune earlier this week.

Nationally, the BQ duo constituted nearly 12% of cases last week, doubling from nearly 6% the week prior. The variants are also on the rise in European countries like Germany, where Oktoberfest celebrations may have served as superspreader events.

Along with XBB, a combination of two Omicron strains spiking in Singapore and Bangladesh, BQ.1.1 is thought to be the most immune-evasive new variant yet—and one that clearly has the ability to push back on the BA.5 that is still dominating the U.S., levels of which have been dropping since last month.

Until Friday, the CDC had listed the BQ variants under BA.5, the parent lineage of both. They appeared to grow from 0% to nearly 20% of regional cases overnight. But CDC data, updated retroactively, shows that the duo has been slowly growing since mid-September. It constituted a projected 5.7% of cases the week before last, and a little less than 3% of cases the week before that.

“When you get variants like that, you look at what their rate of increase is as a relative proportion of the variants, and this has a pretty troublesome doubling time,” Fauci, speaking of the BQ variants, told CBS News on Friday.

A formidable wave ahead

New York is considered by experts to be a “bellwether” state owing to its volume of incoming international travelers and ability to genetically sequence many COVID samples. The fact that BQ variants are rising in the region make it a likely contender to generate a wave throughout the rest of the country, experts say.

The country can “be alerted quickly” to a coming BQ wave by looking at New York data, Rajnarayanan said, adding that BQ has already splintered into about 25 different offspring, and that BQ.1.1 has spawned multiple offspring as well.

BQ.1.1’s extreme immune evasiveness and transmissibility “sets it up to be the principal driver of the next U.S. wave in the weeks ahead,”  Dr. Eric Topol, a professor of molecular medicine at Scripps Research and founder and director of the Scripps Research Translational Institute, tweeted Friday.

Last week, he told Fortune that scientists won’t know to what extent it challenges vaccines, if it does, until it reaches 30% to 50% of cases somewhere.

BQ.1.1 is already known to escape antibody immunity, rendering useless monoclonal antibody treatments used in high-risk individuals with COVID. According to a study last month out of Peking University’s Biomedical Pioneering Innovation Center in China, BQ.1.1 escapes immunity from bebtelovimab, the last monoclonal antibody drug effective on all variants, as well as Evusheld, which works on some. Along with variants BA.1 and XBB, BQ.1.1 could lead to more severe symptoms, the authors wrote.

The good news, if there is any, about BQ.1 and BQ.1.1 is that new Omicron boosters will “almost certainly” provide “some” protection against them because they were designed to tackle close relative BA.5, Fauci told CBS on Friday.

BQ.1 and BQ.1.1 were first detected in mid-July, according to an Oct. 5 risk assessment from the Ontario, Canada, public health department. It rates the risk level of increased transmissibility, reinfection, and reduced vaccination effectiveness against infection as high, with a high degree of uncertainty.

Many experts, including those at the Institute for Health Metrics and Evaluation at the University of Washington, as well as Fauci, predict a coming wave of infections that will swell this month and peak in late December or early January.

As of Monday, the seven-day average of cases reported to the CDC sat just under 37,000 a day. With testing at all-time lows, it’s widely accepted that case numbers reported to the agency, and thus reported by it, pale in comparison to the actual number of cases in the U.S.