Three easy steps to making friends as an adult, according to a friendship coach 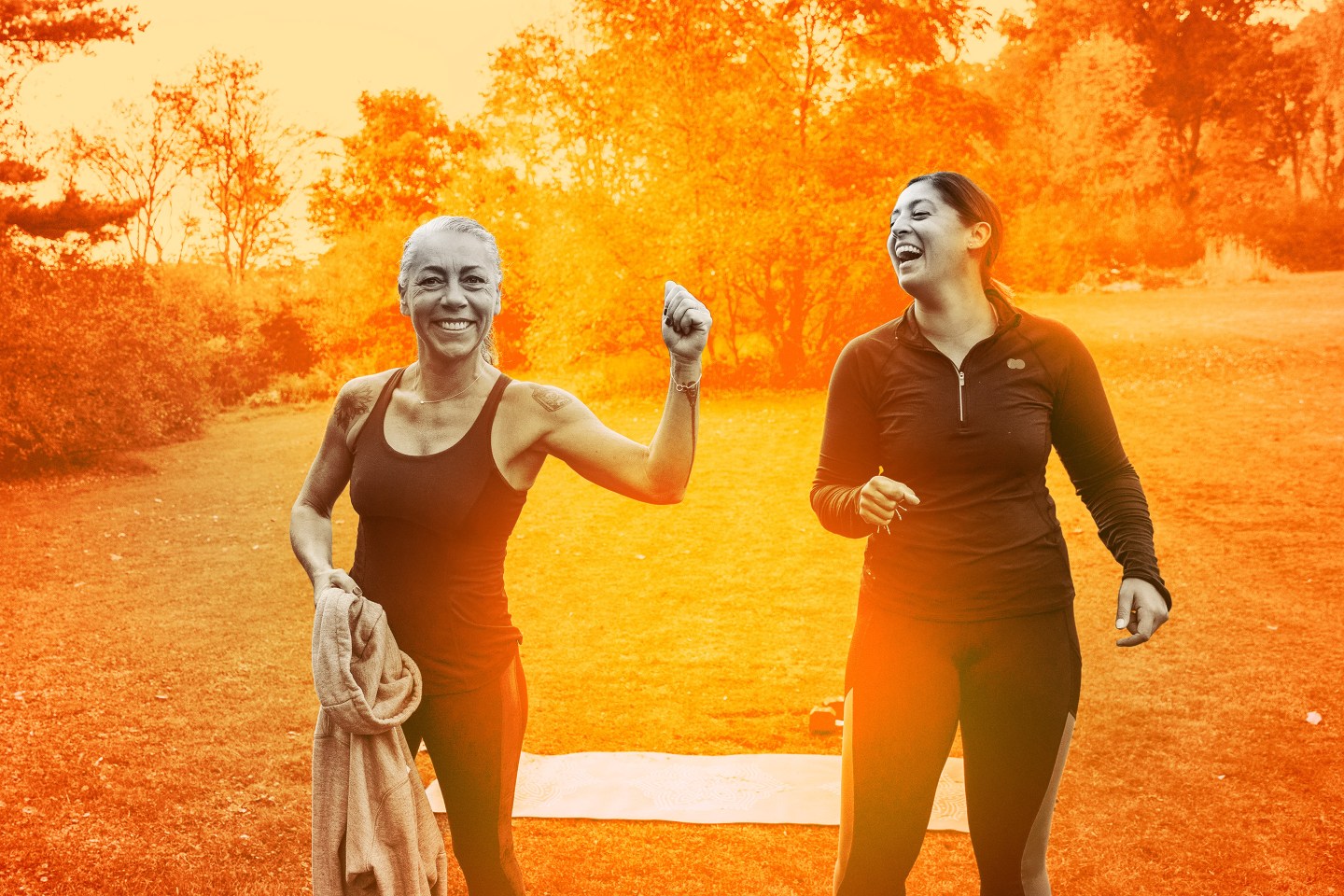 When it comes to making friends, experts suggest starting with who you know.
Getty Images

If you’ve ever moved to a new city or simply outgrown the crew you used to hang with in college, then you know firsthand how awkward it is to make friends as an adult. But as it turns out, it’s not your fault. According to research, our social network grows exponentially until we’re about 25, and then it begins to decrease.

“The consistent school setting where you’re seeing the same people who happen to be at your same life stage at the same time is gone,” explains Danielle Bayard Jackson, friendship coach and author of the forthcoming book, Fighting for Our Friendships. “It was a place that fostered friendships, and suddenly that backdrop has been removed. Then we wonder, ‘How do I make friends without the support of that social infrastructure?’”

Ultimately, it’s up to us to facilitate our own social opportunities, which is why work is the top place people make friends as an adult. But doing so looks different now as many people find themselves in a hybrid office environment.

“Now that we have fewer of these serendipitous moments at the watercooler and sitting side by side at cubicles, we have to look at our digital workplace as a friend-making opportunity,” suggests Jackson. “Once we go remote, we mentally discount work as a potential breeding ground for friendships. But if we change our mindset, we’ll recognize how much gold exists there.”

To foster a workplace friendship, Jackson recommends sending a Slack or an email to a colleague after a Zoom meeting, following up on a question he or she asked or something interesting that coworker shared. You could write, “Hey, I’m just reaching out because I’m so glad you asked that question. I was thinking about it, but you were bold enough to ask so I wanted to say thank you,” suggests Jackson.

“That one interaction can help you gauge whether they’re open to establishing a personal rapport,” she says, which can lead to DMing each other, exchanging phone numbers, and perhaps meeting up for coffee.

If you’re looking to make friends outside your workplace, read on.

If you’re waiting for the perfect meet-cute to happen when it comes to meeting your new best friend, then you may be waiting forever. Instead, Jackson encourages people to integrate routine in their day, such as going to the same coffee shop or the same dog park around the same time, whether that’s Monday morning or Saturday afternoon.

“Some of us underestimate how much intention plays a role in building friendships,” she says. “This creates what we call familiar strangers—people you see all the time—and now it becomes less intimidating for me to go up and compliment your shoes or ask you a question about the venue we’re in because we see each other all the time.”

Look at who you already know

Chances are there are people in your life, such as your hairstylist, personal trainer, or neighbor, who may make great friends—if you’d open yourself up to the possibility.

“The problem is so many people confuse ‘I want to make new friends’ with ‘I want to meet new people,’ and we use those phrases interchangeably, but they are not the same,” explains Jackson. “Making friends simply refers to the art of cultivating something meaningful with another person, and who says that always has to start from scratch?”

The same principle applies to rekindling former friendships. Research shows people appreciate when others randomly reach out. So the next time a funny TikTok reminds you of that spring break trip you took with your college roommate, send it to her.

“Is there a chance they don’t respond? Sure,” says Jackson. “But the average person will be flattered that you thought of them, and it could reignite your friendship. They may have been thinking of you, too, and now you’ve revived something. Don’t be afraid to dip back into the friendship archives.”

Reach out to a super connector

We all know that person who happens to know everyone. They’re usually extroverts, and they enjoy introducing people to each other. “Reach out to that person and make your desire known,” suggests Jackson. “So many of us aren’t making friends because we feel like it makes us look desperate.”

In reaching out to a super connector, you can say, “Hey, I’m trying to get a little more connected in this town, and I thought of you because you’re always out and about doing something cool. I wanted to ask if there’s anything around here you feel like is worth checking out? Or are there any upcoming events you would recommend?”

Making new friends as an adult does require you to put yourself out there—both emotionally and physically. But once you get over the mental block, you may meet a new friend or two. It just may require a bit of creativity and an open mind on your part.

“It all starts with connection,” says Jackson. “Friendship begins with rapport, and rapport begins with hello. Don’t overwhelm yourself when trying to make new friends, simply start by saying hello.”