White men initially suffered the highest number of monkeypox cases in the U.S. Not anymore 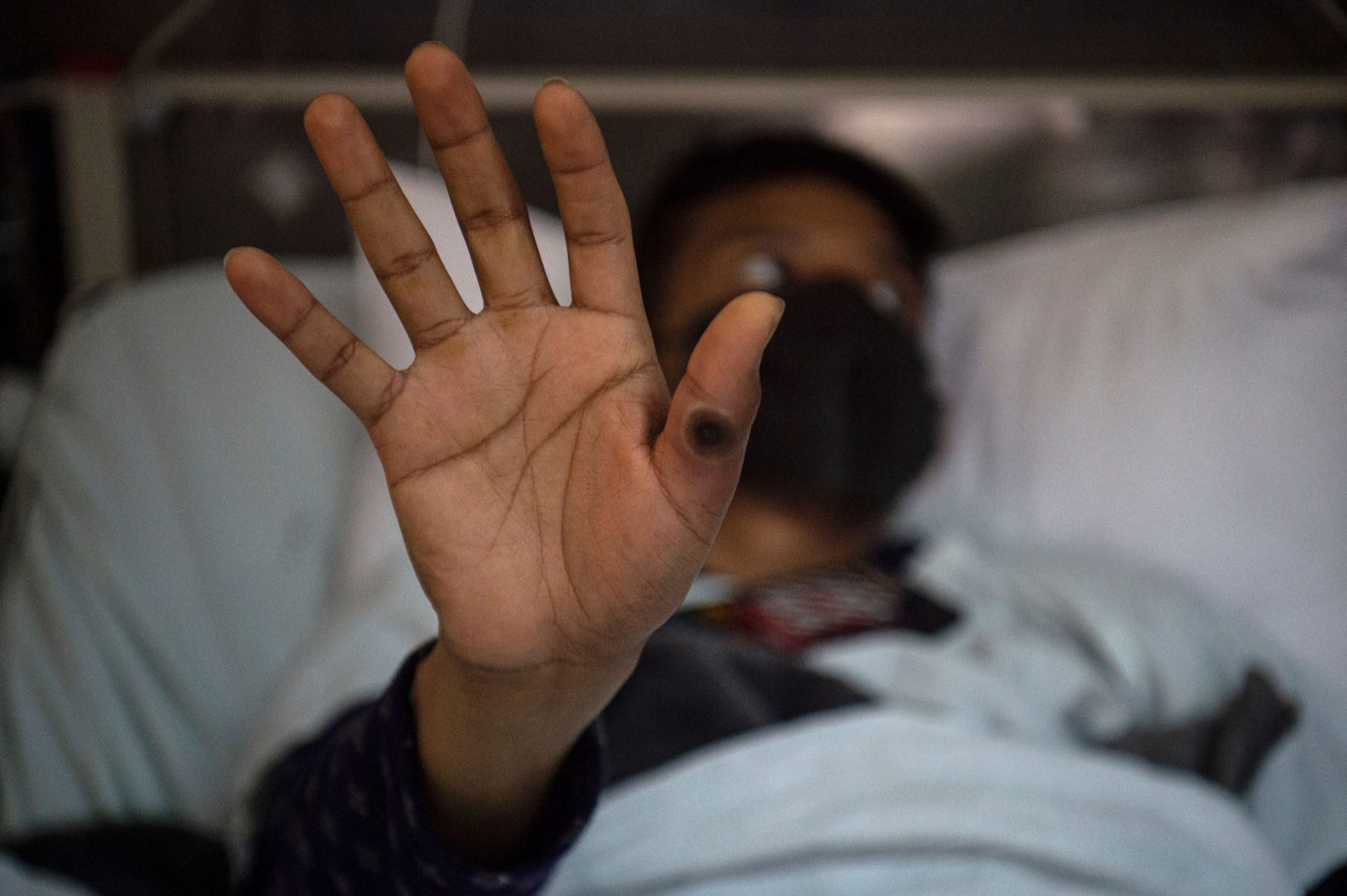 A patient shows his hand with a sore caused by an infection of the monkeypox virus, in the isolation area for monkeypox patients at the Arzobispo Loayza hospital, in Lima on Aug. 16.
ERNESTO BENAVIDES—AFP/Getty Images

The number of Black men in the U.S. diagnosed with monkeypox is growing—and vaccines aren’t keeping up.

At the beginning of the global outbreak, declared in May, the vast majority of U.S. patients—75%—were white. That share has slowly dropped over the course of the outbreak and now sits at around 25%, according to the U.S. Centers for Disease Control and Prevention.

Meanwhile, the percentage of Black men diagnosed with monkeypox has skyrocketed from as little as 6% to nearly 40% over the past four months—a rise of nearly 600%.

“We’ve seen this quite often in regard to other diseases—most recently with COVID, where African Americans began to be disproportionately impacted,” Leo Parker, director of prevention programs for the National Coalition of STD Directors, told Fortune.

It’s possible that cases of minorities with monkeypox in the U.S. were initially underreported due to a lack of access to testing and health care in general. Regardless, the rise makes sense, given the racial discrepancy in vaccination rates, Parker said.

The gap may be due, at least in part, to trust issues some Black individuals have with receiving vaccinations funded by the U.S. government, Parker said. One major factor that causes hesitancy: the Tuskegee syphilis study, which took place from 1932–1972. During the decades-long study, government health officials surreptitiously observed the progression of the disease, which can be fatal, in hundreds of Black men without informing them of the true nature of their intentions or offering them treatment when it became available.

Still, more efforts need to be made to reach gay Black men in rural areas, some of whom may not be able to travel to larger cities to receive vaccinations, Parker said.

But performing outreach and overcoming vaccine hesitancy takes funding, Parker said—and so far there has been none from the federal government, despite the U.S. Department of Health and Human Services’ declaration of a public health emergency in August.

“A lot of public health departments are eating the cost” of monkeypox tests at private labs for uninsured patients, he said. “Funding that covers those tests is coming from another place of dire need.”