When will you get COVID again? If you haven’t had the new Omicron yet, it could be any day now 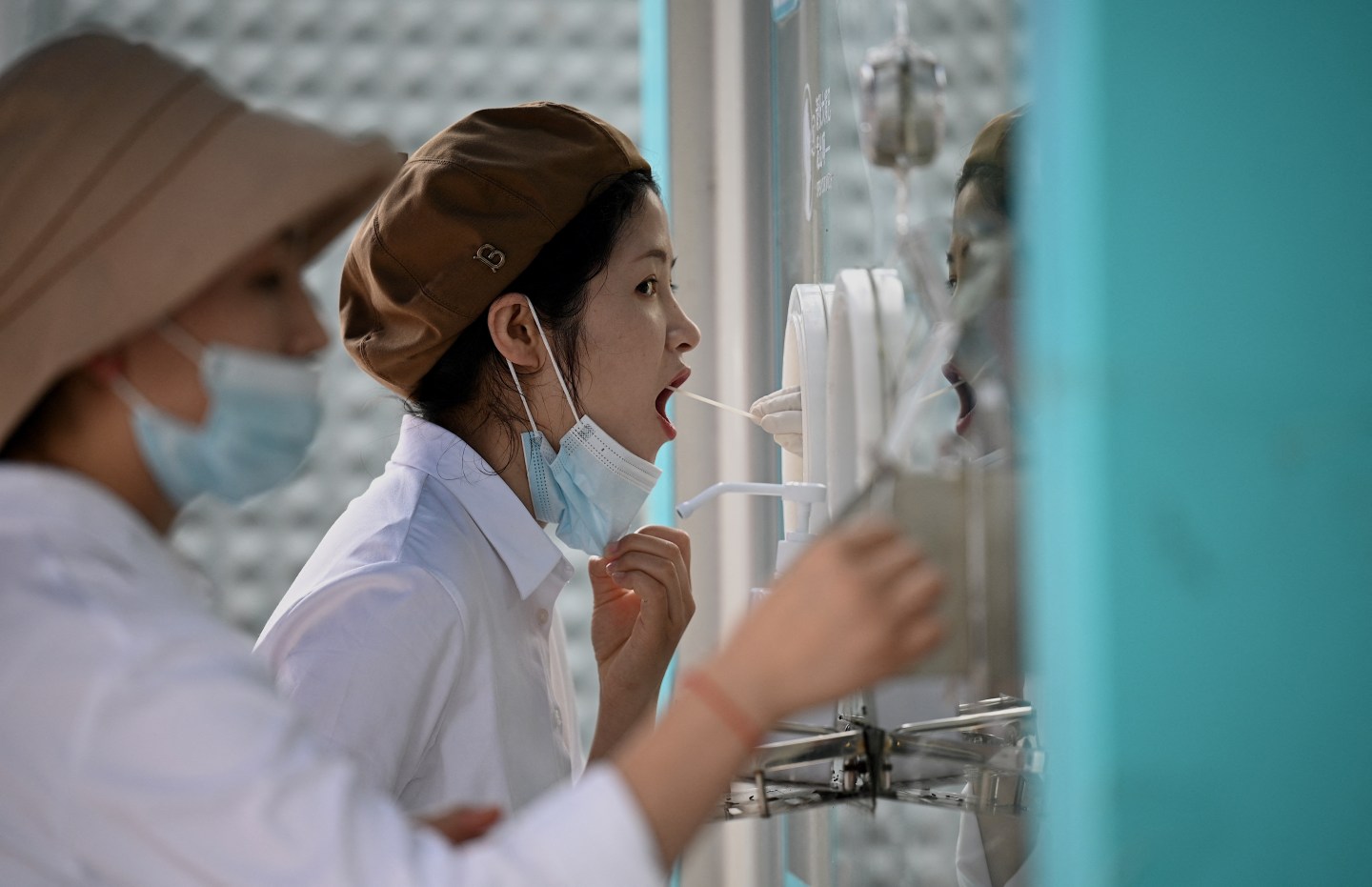 A health worker takes a swab sample from a woman to be tested for COVID-19 at a swab collection site in Beijing on July 10.
Noel Celis—AFP via Getty Images

By now we know it. COVID is, unfortunately, not a “one and done” thing.

And now, this: If you’ve had COVID in the past but haven’t had Omicron subvariants BA.5 or BA.4, coming down with one of the two is possible, if not likely—even if you’ve had another version of Omicron in the past, experts tell Fortune.

In the early days of the pandemic, reinfections were reported as a rare phenomenon. Now it’s clear they are an inevitable fact of pandemic life—especially with new, more transmissible, increasingly immune-evading variants evolving on the regular.

Fortune reported in May that you can expect to get COVID about once every year, based on modeling projections. At that time, the dominant variants in the U.S. were BA.2—or “stealth Omicron,” nicknamed for its ability to evade detection on PCR tests—and its spin-off BA.2.12.1.

Just two months later, BA.2 has been all but banished by stealth Omicron spin-off BA.5 along with its close sibling, BA.4. These are thought to be the most transmissible versions of COVID yet, with the ability to evade immunity from both prior infection and vaccination. It’s a whole new ballgame for reinfection, experts say,

Those who had the original Omicron, BA.1, were unlikely to get reinfected with BA.2 because they were enough alike, says Dr. Amesh Adalja, a senior scholar at the Johns Hopkins Center for Health Security.

But someone who had a previous version of Omicron is “very likely” to get reinfected with BA.4 or BA.5, he says.

When it comes to BA.5 or BA.4 infection after infection with another Omicron strain, two variables will likely come into play, according to Dr. Daniel Kuritzkes, chief of the Division of Infectious Diseases at Brighman and Women’s Hospital and professor of medicine at Harvard Medical School. Those are: how different the relatively new subvariants are from the original Omicron (very different, experts say), and how long immunity lasts in an individual (estimated to be four or five months, on average).

“The big question is, ‘Are there people who got infected with [Omicron] in January who are now getting infected with BA.4 and BA.5?’”

The region is seeing an increasing number of patients who had BA.2 and are becoming reinfected with what is “almost certainly BA.4 or BA.5” roughly six to eight weeks later, he said.

The TLDR: You may want to order some free at-home COVID tests from the CDC. You can do so here.

‘It doesn’t feel nice, but there’s less chance of dying’

BA.5 likely caused about 54% of COVID infections in the U.S. two weeks ago, according to data released last week by the U.S. Centers for Disease Control and Prevention. Along with BA.4, it swept South Africa this spring thanks to its immune-evasive properties.

“The Omicron subvariant BA.5 is the worst version of the virus that we’ve seen,” Dr. Eric Topol, a professor of molecular medicine at Scripps Research and founder and director of the Scripps Research Translational Institute, wrote recently, as the subvariant was well on its way to becoming dominant in the U.S.

“It takes immune escape, already extensive, to the next level, and, as a function of that, enhanced transmissibility,” well beyond what has been seen before, he wrote.

At this point, Adalja says it’s unlikely that someone would be reinfected with BA.4 or BA.5 after being infected with them once—at least not in short order.

The jury is still out on whether current vaccines hold up against BA.5. But given that vaccines were 15% less effective against Omicron than they were against the Delta variant, even with a booster, “it would not be at all surprising to me to see further decline of protection against hospitalizations and deaths,” Topol recently wrote.

BA.4 and BA.5 were first detected in the U.S. in late March, as Fortune previously reported. The variants, discovered in South Africa, quickly took hold in the country in April and May despite the fact that almost all South Africans had been vaccinated or previously had COVID by that point.

The pair of variants are quickly establishing themselves globally. But their rise is often masked, because in many countries, it’s occurring at the same time as a decline in BA.2 infections, Topol wrote. This can lead to the appearance of a sustained wave when, in reality, dual waves are present—the first from an older version of Omicron, and the second from BA.4/BA.5.

Welcome to Fortune Well, a new destination that will curate the essential stories working professionals need to thrive in their careers and personal lives.