Abortion benefits are a big corporate trend, but most companies are still figuring out how they would work 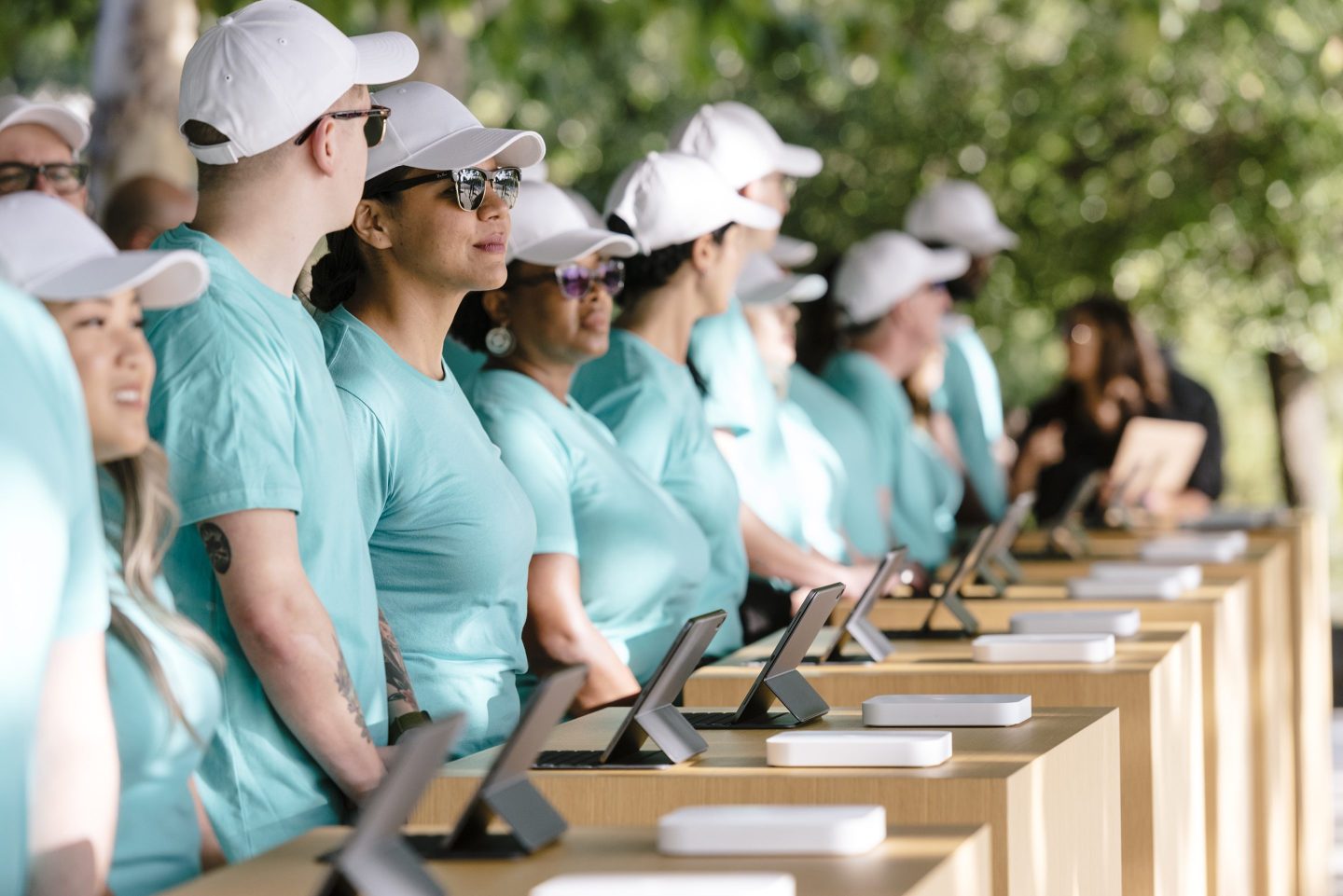 Employees stand at check-in kiosks ahead of an Apple event at the Steve Jobs Theater in Cupertino, Calif., on Sept. 10, 2019.
Michael Short—Bloomberg/Getty Images

Following the memo leak in early May that indicated the U.S. Supreme Court was poised to overturn Roe v. Wade, several major companies were quick to pledge their commitment to abortion rights, promising to cover employees’ travel expenses for abortion care. The Supreme Court officially overturned the protection for women after nearly 50 years on June 24.

But much of the logistics remain in the works, and companies were tight-lipped about their plans to roll those offerings out in the coming months. HR experts say there will be plenty of pitfalls to consider as companies intending to do good by their employees have to navigate privacy concerns and limitations of overall health coverage in the process.

In addition, it’s possible their efforts could be thwarted altogether.

“I believe, regardless of the companies’ well-intentions, corporate insurance policies will be attacked by the state legislature,” says Rita Mkrtchyan, senior finance and litigation defense attorney at Oak View Law Group.

Starbucks, Amazon, Microsoft, Apple, and others announced reimbursements for employees who have to travel more than 100 miles for an abortion. Other companies, such as Citigroup, have said that they would cover airfare and hotel stays if an employee had to leave the state for care.

But details on how employees would prove that the services were not available locally, and the types of travel expenses they might be reimbursed for have yet to be announced. Starbucks told Fortune that specifics were still being worked out. Apple, Amazon, and Microsoft could not be reached for comment.

How the benefits will play out

It’s likely these companies will offer the reimbursement as part of an expanded benefit versus a new one so that it applies to all employees enrolled in a company health care plan, Mkrtchyan says.

But Bethany Corbin, a women’s health and privacy attorney, and senior counsel at Nixon Gwilt Law, points out that much needs to be thought through in terms of the parameters and logistics of these reimbursements.

“Must an individual using this benefit travel to the nearest state for an abortion? The development of policies and procedures for when and how such benefits are available will be essential,” she says.

When it comes to privacy, Mkrtchyan says most companies will be practiced in this area of maintaining anonymity and privacy for employees.

“Large companies may begin to use third parties to arrange for abortion or gender affirming procedures,” she says. “The company Match, for instance, has established a fund that directly pays to Planned Parenthood for all travel and lodging. Because it is handled through a third party, employee privacy is guaranteed.”

But privacy could be jeopardized depending on how companies incorporate these reimbursements into existing health care plans, Corbin says.

“While the employer could try to set a predetermined stipend for abortion travel, there is no guarantee that this benefit would be viewed separately from a health plan, since abortion is medical care,” she says.

Corbin also warned that protections afforded by the Health Insurance Portability and Accountability Act (HIPAA) would not apply to data collected for abortion travel outside of the group health plan.

“This could have a chilling effect for employees, who may elect not to use the fund out of fear that their employer will find out their medical condition,” Corbin says.

Mkrtchyan says the state legislature could still throw a wrench in these plans.

“Even with private health insurance, the legislators have and may continue to make it illegal to use that to get an abortion,” she says. “For instance, those covered by Medicaid and Covered California do not have coverage for abortion procedures.”

And in Texas, laws punishing those for aiding and abetting individuals seeking abortion could complicate reimbursements.

“Employers will need to keep abreast of this changing landscape to understand whether they can offer these benefits in all states and what the legal ramifications could be if they run afoul of these changing laws,” Corbin says.

For now, Mkrtchyan says these promises by companies are just that.

“While these larger companies, under the scrutiny of the media, have attempted to reassure their employees, the state legislatures can make their promises inconceivable,” she said. “Time will only tell.”