Sen. Boozman wants the SEC and CFTC to sign off on crypto legislation 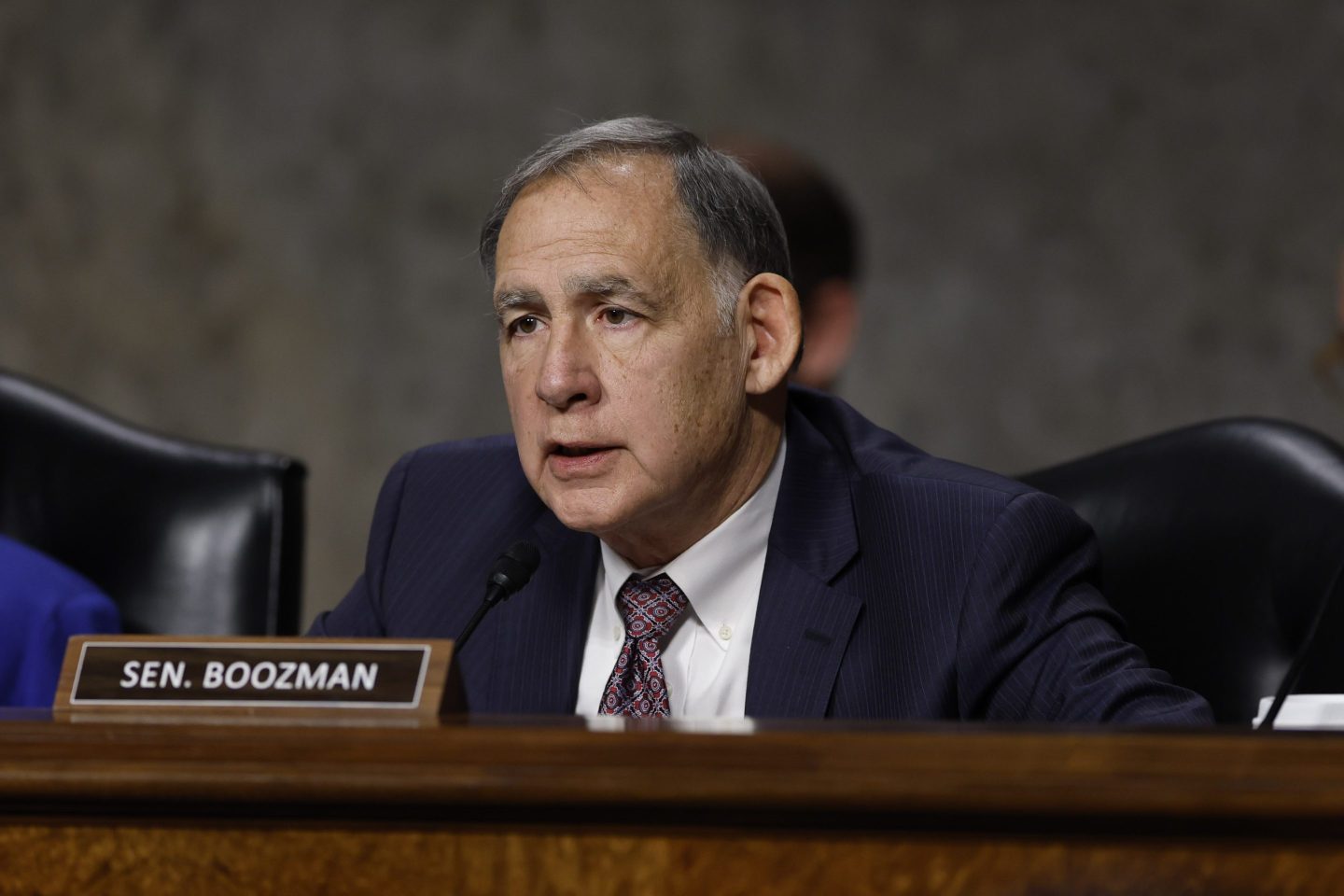 Before November’s collapse of FTX, Congress had a chance to pass crypto legislation before the end of the year. Different committees and lawmakers were hungry to implement regulations that would establish guardrails for the turbulent industry, but there was consensus that one bill led the pack: the Senate Agriculture Committee’s Digital Commodities Consumer Protection Act, introduced by chair Debbie Stabenow (D-Mich.) and ranking member John Boozman (R-Ark.)

Despite pushback over the bill’s treatment of DeFi, the crypto industry generally supported the DCCPA, which would empower the Commodity Futures Trading Commission through increased funding and oversight. One of the most vocal supporters was Sam Bankman-Fried, who appeared before the committee at a hearing in February and tweeted support.

FTX’s bankruptcy abruptly paused any potential legislation, with lawmakers stressing the need to learn from SBF’s failure. Because of its association with Bankman-Fried, the status of the DCCPA suffered, with Securities and Exchange Commission chair Gary Gensler describing it as “too light-touch.”

In an interview with Fortune, Boozman expressed optimism that the DCCPA was still a viable vehicle for crypto regulation, although he said that the committee would need to make sure it included adequate consumer protections to move forward.

In order to do so, Boozman said, the committee requires support from the two central regulators—the SEC and the CFTC—despite the perception they’re engaged in a turf war over industry regulation.

“We’ve got two very capable people in charge of the SEC and the CFTC,” Boozman told Fortune. “I want both of them to sign off that this would be effective regulation.”

On Dec. 1, the Senate Banking Committee was the first to hold a congressional hearing on FTX’s collapse. Rather than inviting Bankman-Fried, the committee only called one witness: CFTC chair Rostin Behnam.

Along with being a former top aide to Stabenow, Behnam also would become a primary regulator for the crypto industry under the committee’s bill. He testified that the DCCPA would need to be updated after FTX’s failure, but he emphasized that legislation could have prevented the crypto exchange’s collapse.

“We can’t regulate this out of existence,” he told the committee.

In his interview with Fortune, Boozman said that the Senate Agriculture Committee always understood that the bill would need additional updates, which is why it hadn’t yet gone into markup, or the process of amending the legislation. He plans on reintroducing it during the next congressional session in January.

There are two main challenges facing the committee. The first is that the bill was intentionally written to focus on the CFTC, which falls under the jurisdiction of the Agriculture Committee. With more congressional appetite for broader-focused regulation to address crypto, any legislation likely will have to engage more committees.

“It gets really messy,” Boozman said, although he added he was open to working with other bills, especially when it gets out of committee, which helps mitigate the jurisdictional wrangling.

Another obstacle is the fact that FTX was largely an offshore entity, meaning any future U.S. legislation still would not be guaranteed to prevent a similar situation.

Boozman told Fortune that having a regulatory framework in place was still important to encourage “good actors” to establish their presence in the U.S., rather than offshore, and it would encourage investors to embrace safer U.S.-based options.

“If you don’t get regulation here,” he added, “then you’re going to chase these companies offshore.”