‘We can’t regulate this out of existence’: Senate Agriculture Committee grills CFTC chair on FTX collapse 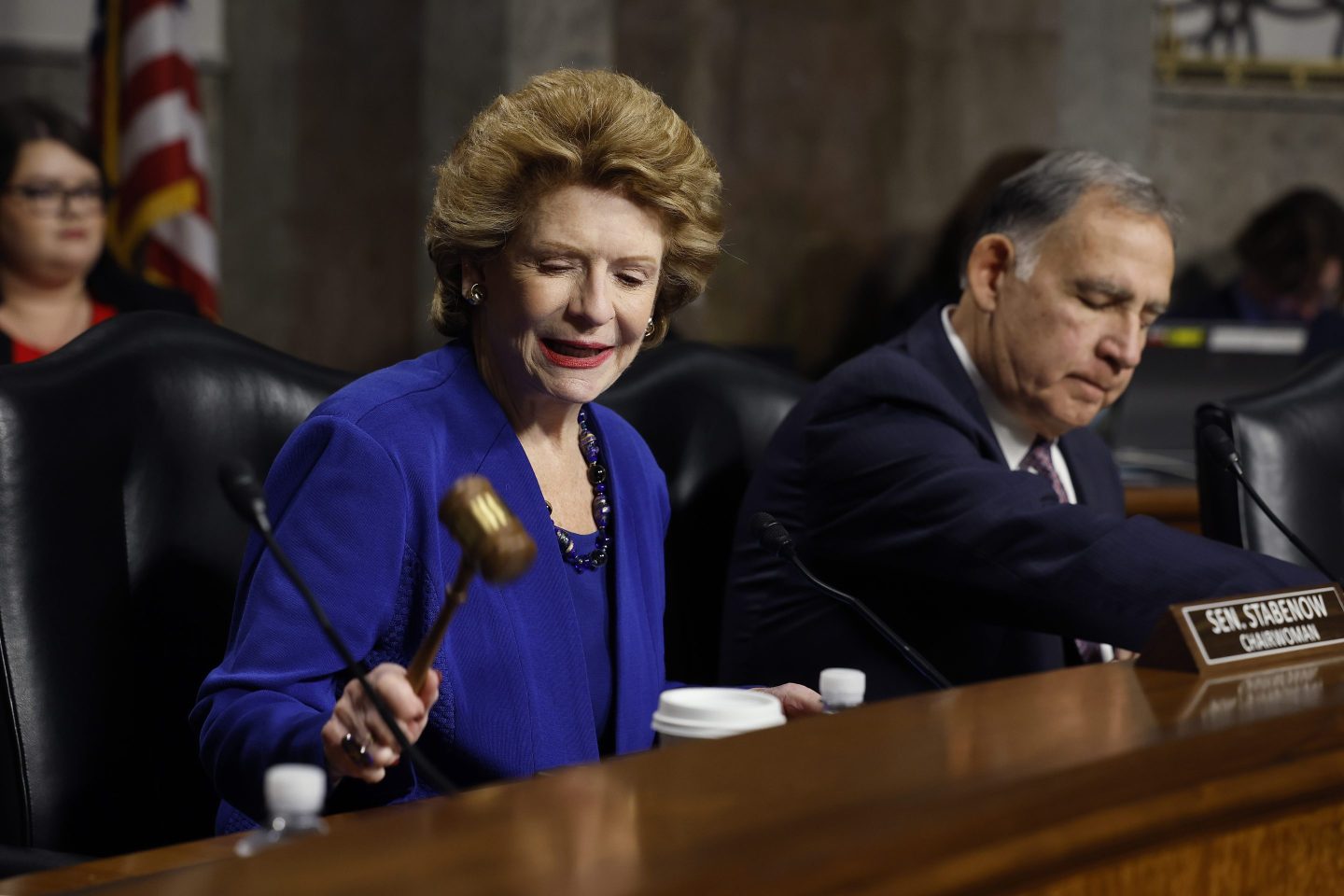 Both the CFTC and the Senate Agriculture Committee have been at the front of crypto regulation thanks to a bill introduced earlier this year by Stabenow and ranking member Sen. John Boozman (R-Ark.), championed by FTX founder Sam Bankman-Fried, which would empower the CFTC with increased funding and oversight over the crypto industry.

Behnam’s appearance marked the first congressional hearing since FTX, once valued at $32 billion, declared bankruptcy, with committee members aiming to make sense of possible fraud committed by Bankman-Fried and his web of companies, as well as the exchange’s relationship with the CFTC and the ability of legislation to prevent similar crises.

In her opening statement, Stabenow urged the need for regulation, a refrain heard throughout the hearing from both committee members and Behnam, formerly a top aide to Stabenow.

“The lack of clear, consistent rules has allowed crypto to flourish despite the harmful conflicts of interest and absence of responsible governance and risk management,” she said.

While the Senate Agriculture Committee may seem a strange venue for a hearing over crypto regulation, Boozman explained its authority over commodity markets rooted in a 1922 act over grain futures. The committee’s proposed crypto bill, the Digital Commodities Consumer Protection Act (DCCPA), would expand the role of the CFTC to oversee the industry.

As Behnam repeated throughout the hearing, his commission lacks the authority to write rules and oversee cash commodity markets and is instead limited to enforcement actions after fraud or manipulation has already occurred. He highlighted the potential of his commission by pointing at one of the few entities under the FTX umbrella that did not file for bankruptcy, the clearinghouse LedgerX, noting that it was the only one registered with the CFTC.

The CFTC has faced criticism over its relationship with FTX and Bankman-Fried, which had an open proposal with the commission to allow users to make trades with funds borrowed directly from FTX rather than through a broker. Behnam said FTX had a “dogged desire” to get the application approved. Bankman-Fried estimated that the company had spent “tens of thousands” of hours with the commission over the proposal.

Behnam said that after an initial review of his calendar, his staff determined that he had met with Bankman-Fried 10 times, along with an unspecified number of emails and messages, which Behnam clarified was required by law and statute to respond to the application. He added that the commission spent significant time on the proposal because it had potential impact far beyond FTX. The company withdrew the application in early November amid its bankruptcy filing, although Behnam clarified that his commission was not close to a decision, still having “more questions than answers.”

The line of questioning ranged from the pervasive debate over whether cryptocurrencies are commodities or securities to concerns about crypto’s threat to national security, with Sen. Roger Marshall (R-Kans.) saying, “This feels like a nuclear bomb is going off.”

With calls for increasing regulation in the wake of FTX’s collapse, most of the lawmakers focused on the role of legislation like the DCCPA. After being questioned on the potential ability of the DCCPA to prevent another FTX, Behnam said that the bill would have addressed core issues like record keeping and the commingling of customer money. He pushed for additions to the legislation around financial disclosures and conflicts of interest.

While some lawmakers have questioned the presence of cryptocurrencies—both Sen. Jon Tester (D-Mont.) and Sen. Elizabeth Warren (D-Mass.) described crypto as “bullshit” to Semafor on Thursday—Behnam emphasized that he did not believe the industry should be pushed offshore through strict regulation, pointing to the fact that FTX’s non-U.S. exchange still managed to have U.S. customers.

“We can’t regulate this out of existence,” he told the committee.

The shadow of Bankman-Fried loomed large over the hearing, as the disgraced CEO had met with—and donated to—many of the senators on the committee, as well as advocated for the DCCPA and expanded role of the CFTC. Sen. Dick Durbin (D-Ill.) said that a reporter had told him before the hearing that Bankman-Fried had contributed to his campaign, which he said he hadn’t been aware of.

“We ought to take the time to make sure we not only salve our consciences, but make sure that we provide the resources to get that kind of regulation,” Durbin said.