Sam Bankman-Fried says he donated just as many millions to Republicans as Democrats, but didn’t publicize it because reporters would ‘freak the f–k out’ 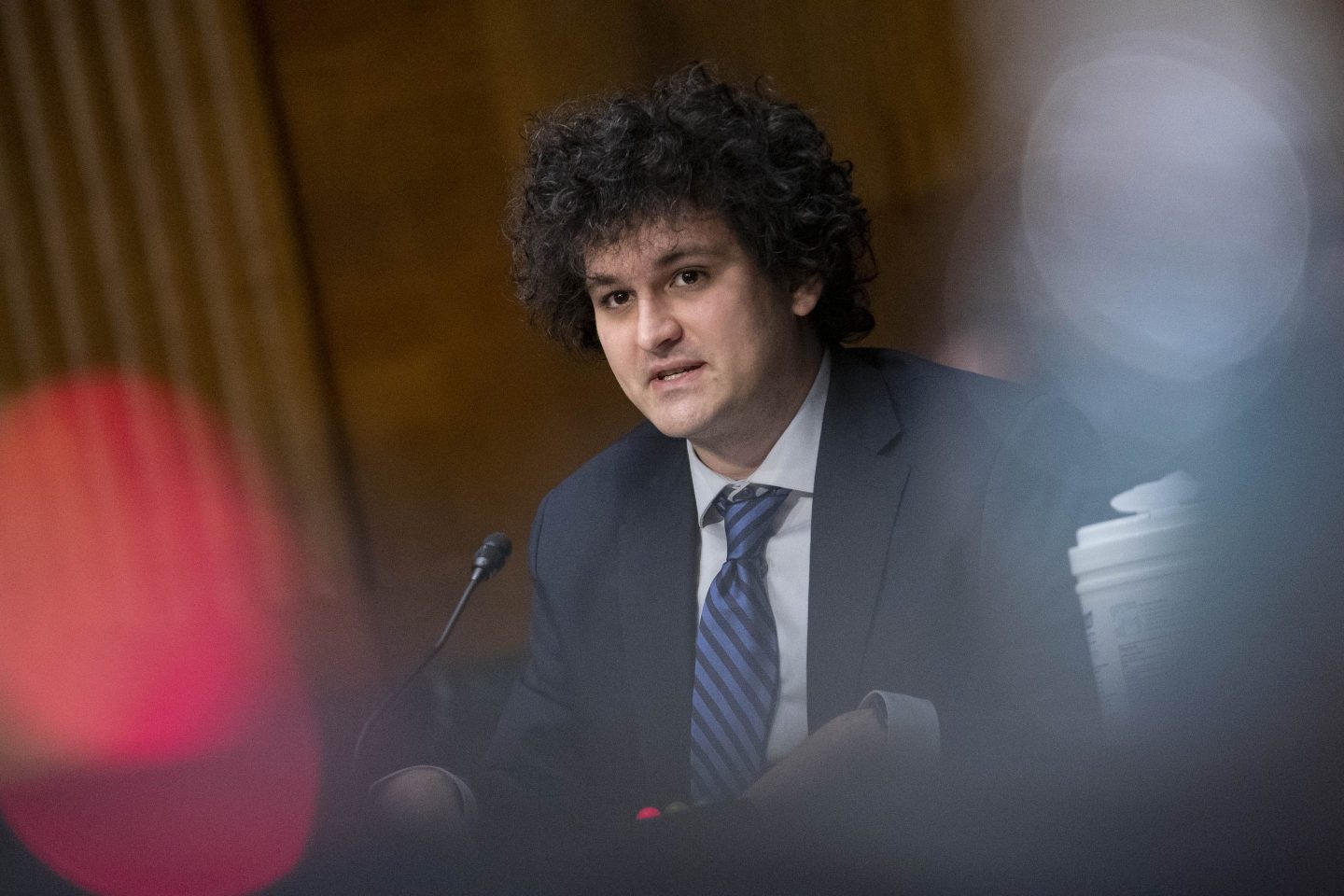 Former FTX CEO Sam Bankman-Fried said in an interview with crypto influencer Tiffany Fong that he donated the same amount to Democrats and Republicans in the last election cycle.
Sarah Silbiger—Bloomberg/Getty Images

“All my Republican donations were dark,” SBF told crypto influencer and YouTuber Tiffany Fong, referring to political donations that aren’t publicly disclosed. “The reason was not for regulatory reasons, it’s because reporters freak the fuck out if you donate to Republicans. They’re all super liberal, and I didn’t want to have that fight.”

SBF was the second-largest Democratic donor during the last election cycle, and he told Fong he gave about the same amount to Republicans. Politicians including Sen. Kirsten Gillibrand (D-N.Y.), Rep. Jesus “Chuy” Garcia (D-Ill.), and Rep. Kevin Hern (R-Okla.) have since given the money back or pledged to after FTX imploded and rocked the crypto industry.

The $40 million Bankman-Fried donated last cycle to Democrats trailed only financier George Soros, who gave away about $128 million. If SBF indeed donated the same amount to both parties, as he said Tuesday, that would make him the fifth-largest individual Republican donor as well, according to data compiled by OpenSecrets.

SBF’s comments to Fong came just hours after Sen. Ron Wyden (D-Ore.), chair of the Senate Finance Committee, asked the six largest crypto exchanges, including Binance and Coinbase, to provide balance sheets and other information on how they handle customer funds. Bankman-Fried reportedly dipped into customers’ money to fund personal spending, including bets at his trading company, Alameda Research.

“As Congress considers much-needed regulations for the crypto industry, I will focus on the clear need for consumer protections along the lines of the assurances that have long existed for customers of banks, credit unions and securities brokers,” Wyden wrote in a letter also sent to Kraken, KuCoin, Bitfinex, and Gemini.

Pressure was mounting in Washington for legislators to actually do something about crypto regulations even before FTX’s collapse and bankruptcy, which surfaced a few weeks ago following a report by CoinDesk on Nov. 2. FTX is under investigation by the Securities and Exchange Commission and the Justice Department, according to the Wall Street Journal, but the SEC and Commodity Futures Trading Commission have been criticized for doing next to nothing to prevent FTX’s house of cards from collapsing.

In the House, Rep. Maxine Waters (D-Calif.), chair of the House Financial Services Committee, recently told CNBC that the committee would play a role in scrutinizing FTX, adding the legislative body would “do everything that we can to expose any violations that were obviously made.”