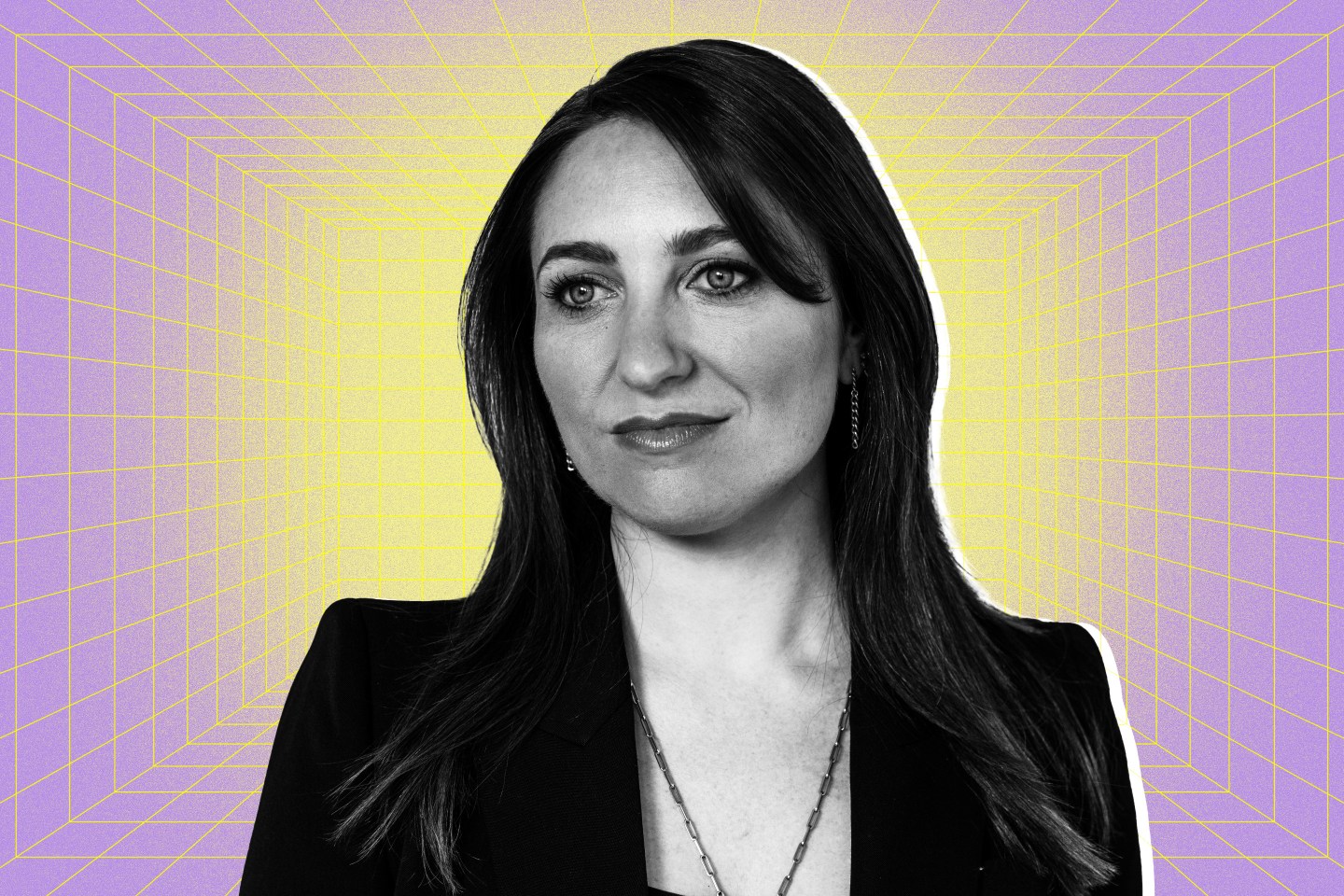 Mary-Catherine Lader, COO of Uniswap Labs, in May 2022. For some, leaving Wall Street for the freewheeling world of DeFi would be a scary prospect. For Lader, it’s the place to be, even after the recent collapse of Terra.
Natalie Keyssar—Bloomberg/Getty Images

Even with the market downturn and proliferation of hacks, Mary-Catherine Lader is among the most bullish on crypto—and has been for a while.

As chief operating officer at Uniswap Labs, the company behind the development of the largest decentralized exchange on Ethereum, Lader sees great value in decentralized protocols specifically.

To her, not all products within the space are created equal, and that has been seen throughout the ongoing Crypto Winter. Following the Terra stablecoin collapse in May, countless centralized projects and lenders deteriorated, leaving investors at a loss and market sentiment very fearful. But, even still, “leading DeFi protocols like Uniswap are succeeding in these tough markets because the technology is fundamentally better than today’s rails,” Lader, known as “MC,” tells Fortune.

Her case in point, at least when it comes to Uniswap: Despite an overall decline in crypto VC investment, Uniswap Labs just announced a $165 million Series B funding round, which values the company at $1.66 billion.

Aside from its fresh valuation, what differentiates Uniswap is the technology behind it, according to Lader. Unlike a centralized exchange, the Uniswap protocol operates as a fully noncustodial, permissionless, and self-executing entity through the use of smart contracts—or collections of code that run on a blockchain.

“This technology can transform markets at a much greater scale,” said Lader, adding that, to her, protocols like Uniswap are “more transparent, and when done right, have reduced risk of operating errors, and lower barriers to access.”

This belief is what drove Lader to leave her Wall Street career behind, noting that “automated market-making and decentralized exchanges have huge potential in capital markets—well beyond its use in crypto today.”

Prior to Uniswap, Lader held several leadership positions at BlackRock, and at Goldman Sachs before that. Unlike most of her peers at the time, Lader took an interest in crypto very early, starting at a seminar she attended in 2011. From then, she kept blockchain technology in mind throughout her career.

One such time happened to be just two weeks into working at BlackRock. During a companywide town hall in 2015, CEO Larry Fink responded to a few questions from employees, Lader recalled. One question was about blockchain, and, according to Lader, Fink seemed to express that he viewed the technology as being mostly used for money laundering. (Fink has since expressed a different opinion.)

Lader disagreed, and following the town hall she sent a memo to the head of her group detailing, in her opinion, the opportunity BlackRock would regrettably miss by dismissing the potential of the technology. Her memo was forwarded to the C-suite, Lader said, and to her surprise, it was well received. In return, Lader was given the lead on the firm’s first blockchain working group.

She went on to become COO of the company’s digital wealth business, and then global head of its sustainability business. All the while, “I was paying attention to crypto and felt like there would be a day that I worked in it full-time, but I wanted to make sure I joined a company that was at the application-level—with a product people could use, a fundamental, foundational technology—because I was always interested in where this technology touches real people’s lives.”

Lader felt she found this intersection at Uniswap, which, after nearly six years at BlackRock, she joined in June 2021.

“One of the things I love about DeFi is that the technology has the potential to remake financial services, which means you have an opportunity to change where points of influence are. You have an opportunity to change and think differently about who you’re serving,” she said. “Most of today’s financial services have been designed by a somewhat homogeneous group of people.”

Obviously, DeFi is far from perfect, with countless issues surrounding crime, among other issues. But Lader sees potential in what the future of “safe and secure DeFi” may bring as it evolves, mentioning the technology’s transparency and the possibility for a new regulatory framework to come into place.

“DeFi teams have to prioritize security and user safety to grow,” she said.

Lader also notes that she has seen more TradFi interest—even after the Terra collapse—than ever before, signaling something potentially positive as the crypto market overall still struggles.

“The clearing that we’re going through now is piquing the interest of people in TradFi and in finance,” she said. “We’ve had a bunch of people reach out to us who just want to see how this works.”