Inside the Ethereum merge: Behind the scenes of the historic event, according to the people who made it possible 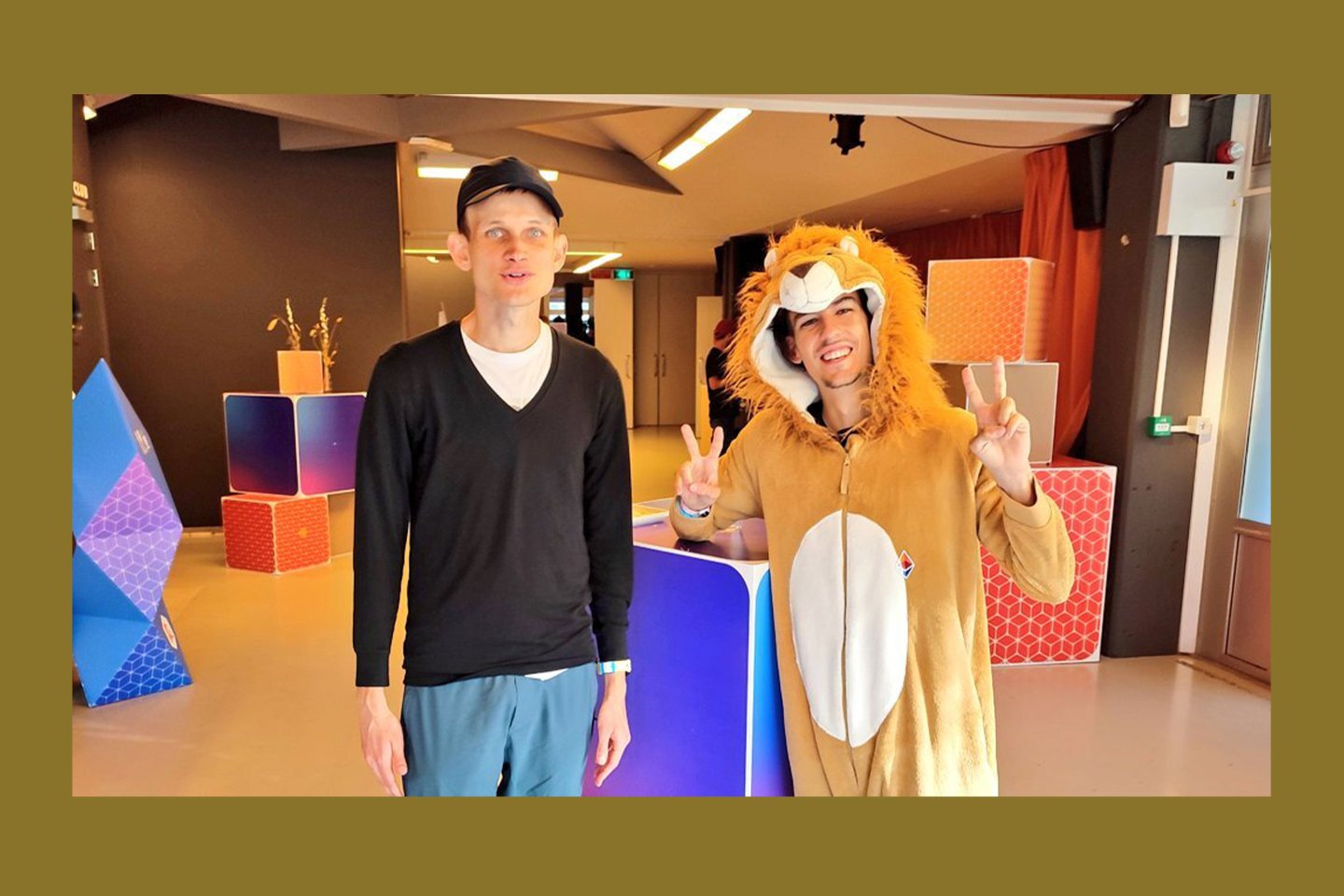 As the cryptocurrency world anxiously awaited the years-in-the-making Ethereum merge last week, a group of developers, researchers, and community members who’ve dedicated their lives to the project felt the pressure mount.

But counting down the blocks as the time passed 2:30 a.m. EST on Sept. 15, the group didn’t waver in excitement. They, alongside the greater cryptocurrency community, were sending tweets as the estimated timing for the merge got closer and closer. Those gathered IRL at the Ethereum Foundation office in Berlin—just in time for the notable hackathon EthBerlin, where Ethereans meet from all over the world to celebrate the project to which they’ve dedicated their lives—were huddled around their computers on a Zoom call to discuss progress, share war stories, and, finally, celebrate.

However, even with all the support, doubters remained, some citing how the merge had been delayed so many times in the past, and how an upgrade of this scope, on an active network of this size, had never been done.

To their surprise, the Ethereum proof-of-stake chain began to finalize around 3 a.m. EST, and onlookers witnessed in real time a historic moment in cryptocurrency history. And as it happened, in true Etherean fashion, artist Jonathan Mann continued his long-standing tradition of singing Ethereum-themed songs on community Zooms—a custom he adopted over the course of multiple pre-merge test calls. His latest tune dedicated to the merge included the lyrics: “Carbon footprint is all gone, that’s why we’re singin’ the merge song.”

With success then assured, the merge was complete, and developers and watchers alike cheered.

To outsiders, the spectacle might’ve seemed unwarranted, thinking the merge is just some boring software upgrade. But for the team responsible, it’s much more than merely a technological feat. Aside from being a hugely important milestone for Ethereum and the greater cryptocurrency sector, the road leading to it was one of 24/7 work, countless tests, workshops, meetups, hackathons, and travel for developers—who became figureheads within the crypto community. Ranging across generations and cultures, the scores of developers and researchers managed to connect and collaborate—week in, week out—to build Ethereum and prepare for the merge. Here’s how they did it.

‘Big moment for me’

The merge was a long time coming. Since Ethereum’s genesis, creator Vitalik Buterin, alongside developers and researchers, planned to move the network to proof of stake.

Kalinin, 35, is an Ethereum OG: He started working on the Ethereum ecosystem in 2015—a month before the Ethereum mainnet, or main public chain, launched—and ultimately became known as the “mastermind” behind the merge. In fact, other developers say that without him, the merge wouldn’t have happened.

In November 2020, Kalinin published a proposal for the “Executable Beacon Chain,” and a month later, the Beacon Chain, Ethereum’s proof-of-stake chain, shipped.

That was a “big moment for me—seeing something that I’ve worked very tirelessly on in production that other people will be using,” said Terence Tsao, founder of Prysmatic Labs and an Ethereum developer out of San Francisco. Working with the team since 2018, Tsao, 34, also saw the development of the merge in its earliest stages—back before it was called the merge, or even Eth2, and was mostly referred to as “Shasper,” a combination of “Casper,” the then-name for Ethereum’s version of proof of stake, and “sharding,” an Ethereum scaling solution.

“It was really interesting and exciting to see people that you’ve interacted with online first for so long in person,” said Ethereum Foundation software developer Marius van der Wijden, who’s based in Germany and has led work on the popular Go Ethereum (Geth) client since 2020.

That trip was very on-brand for the lighthearted Ethereum community. For example, Dapplion, a pseudonymous Ethereum core developer at Lodestar, wore a lion costume for most of the trip. “I was wearing that suit on different days,” said Dapplion, 29, laughing.

But to van der Wijden, 26, the “funniest thing” wasn’t the lion costume. Instead, it was witnessing over 40 developers and researchers stay at a five-star hotel in Greece—and never leave the basement. “We sat there in this rather small room, coding, all hunched over computers, from morning to evening,” van der Wijden recalled.

Their goal was to make progress and “iron out” some issues regarding the merge transition—and they did just that. They didn’t know it at the time, but it would go down as a major “milestone” on Ethereum’s road to proof of stake.

“We managed to prove that the overall concept or architecture that we were using worked, and I think that was, with regards to the merge, the most energizing moment,” said Tim Beiko, the protocol support lead at the Ethereum Foundation who helped organize the trip.

On the last day of the event, “we wanted to try to make the merge actually happen on a testnet [or Ethereum test network]. We managed to make this test work five minutes before we all had to leave,” said Ethereum Foundation devops engineer Parithosh Jayanthi, who joined the team in 2020 and led most of the pre-merge testing. Ultimately, completing it was “an amazing feeling,” Jayanthi, 28, said. “I definitely won’t forget that one.”

Long workdays—and nights—isn’t uncommon for this bunch. Their dedication to the merge, and passion for Ethereum, frequently outweighed their desire for breaks or sleep. Plus, with developers and researchers across the world in various time zones—Australia, Germany, India, Poland, Switzerland, the U.K., and the U.S. among them—working odd hours became routine.

Ethereum Foundation researcher Hsiao-Wei Wang knows this well. She’s worked on the Ethereum ecosystem with the team since 2017, contributing to the merge in many ways—including her creation of the viral panda merge meme. Based in Taiwan, she typically works late at night in order to connect with her colleagues. “I am used to having meetings after 10 p.m.,” she told Fortune.

But this “enormously collaborative” effort is “critical” to the success of Ethereum, said Ben Edgington, product owner of prominent Ethereum client Teku at ConsenSys, where he began working in 2017. “That’s the kind of network we want to build—the network where nobody owns it, and where it enables a huge diversity of developers.”

The Ethereum community—much like other cryptocurrency-related communities—is online 24/7. “We tend to live where we work, so it’s very hard to shut the door and say, ‘Okay, my day is over,” added Edgington. “Also, everything we do is fascinating. There just aren’t enough hours in the day. There’s this drive to consume it.”

Team of Ethereum developers in Greece in October 2021.
Courtesy of Mikhail Kalinin

Though individual motivations in bringing the merge to life may vary, most developers and researchers said reducing Ethereum’s environmental impact was among the most important. With a background in climate dynamics, the shift was especially vital in the eyes of Edgington—and his 18-year-old daughter.

“I was talking to her about NFTs, and she went crazy. Like, ‘How can you do this? You’re boiling the ocean. This is my future.’ And I was very pleased to be able to say, ‘Actually, my life’s work now is to fix that. This is what I’m actually doing,’” he said. “This move to proof of stake is an essential step.”

Many working on the merge saw their efforts as creating “the most impact any of us individually could have” in preventing climate change, said Jayanthi, adding that he viewed it as a way to counteract “probably the carbon budget of my entire life…which is insane to think about.”

“In 50, 100 years down the line, people will look at the merge like, ‘Oh, wow, the merge actually changed history,’” Tsao said. “It’s really big, but I feel like people haven’t realized that. We are in such early days.”