India’s population will soon overtake China’s—if it hasn’t already. The boom should benefit India’s economy—but experts warn it could be a liability 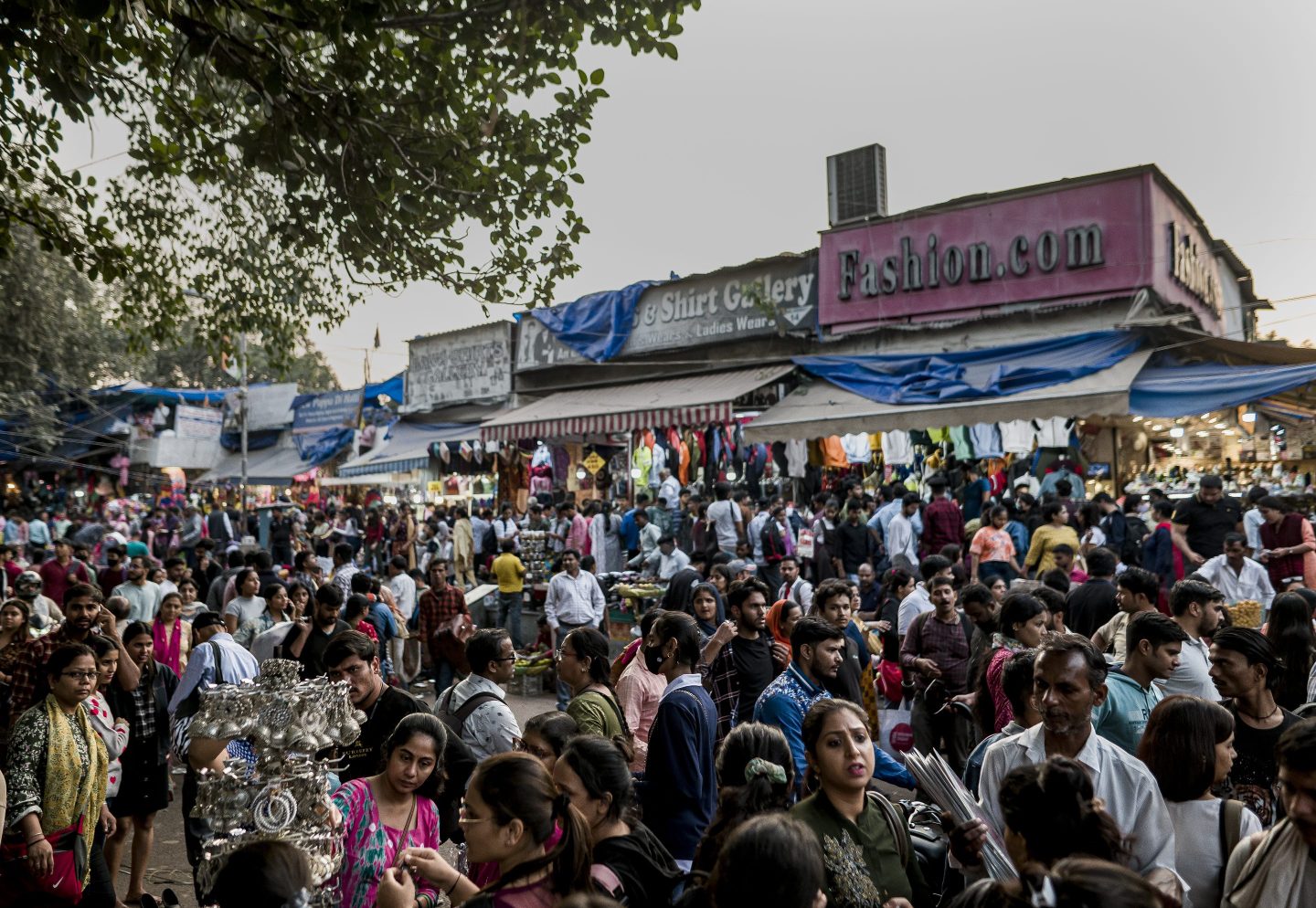 India's population is likely to overtake China's this year—but the country might not be able to capitalize on its booming population.
Anindito Mukherjee—Getty Images

India is likely to overtake China as the world’s most populous country in 2023—if it hasn’t already. It will be the first shake-up at the top of the globe’s population rankings in centuries—one that reflects the two country’s divergent demographic and economic trajectories. India is expected to continue growing, in terms of both population and economy. China, meanwhile, is unlikely to return to its heady pre-pandemic GDP growth rates, and on Tuesday reported its first population decline since 1961.

The UN expects the gap between Nos. 1 and 2 to only grow from here, with India’s population swelling to 1.7 billion by 2050, compared to China’s 1.3 billion. (The U.S. will remain a distant third with a projected 375 million people by mid-century.)

Indian officials, including Prime Minister Narendra Modi, are painting the demographic reordering as a reason to bet on the country’s future manufacturing success, since the country’s population boom is causing its working-age population to bulge. More workers can produce more goods and services, earning heftier incomes that fuel higher consumption and investment.

This so-called “demographic dividend”—in which demographic changes foster a large pool of working-age people—helped South Korea, Taiwan and mainland China become manufacturing powerhouses, and India hopes the same will happen to its economy. Gautam Adani, the world’s fourth-richest man, has suggested that India’s young population will add $1 trillion to India’s GDP every 12 to 18 months. The Confederation of Indian Industry (CII), a trade association of local manufacturers, forecast in a March report that India could grow to a $40 trillion economy—larger than the U.S.’s today—by 2047 if it adequately leverages its young population.

But the CII also warned that “if India does not create enough jobs and its workers are not adequately prepared for those jobs, its demographic dividend may turn into a liability.” Economists and experts have long warned that the Indian economy can’t coast on a growing population alone. The country continues to struggle with high unemployment, low labor participation, and a sizable informal economy. India’s failure to provide good jobs could squander its demographic opportunity, preventing it from capitalizing on its working-age population boom.

“The challenge with India is not so much its population, but what the country does with it,” says Stuart Gietel-Basten, a professor of demography at Abu Dhabi’s Khalifa University.

India’s on the cusp of a demographic dividend

India’s population is young. Around 18% of the country’s population is under the age of 20, with tens of millions poised to enter the workforce over the next decade. (In contrast, only 12.5% of people in both China and the U.S. are under 20).

The country’s fertility rate is already starting to slow as the country develops. India most recently recorded 2.0 births per woman in 2022, slightly below the replacement level of 2.1 births.

The combination of a large young population and a falling fertility rate puts India on the cusp of a demographic dividend, in which the ratio between the working and non-working age population is at its largest. Adults with fewer dependents spend or save their money instead of funneling it to their children or aging parents, boosting consumption and investment, growing the economy, and raising living standards across the country.

Some experts reject the term ‘demographic dividend’ because countries that experience it assume its positive economic outcome is inevitable, says Tim Dyson, an expert on Indian demographics at the London School of Economics. In reality, not every government is equipped to capitalize on the transition.

How China capitalized on its working-age population boom

China was able to take advantage of its demographic dividend. The country forced a rapid decrease in fertility through its aggressive—and controversial—One Child Policy, sparking its demographic dividend early. China also had a high female labor participation rate, meaning both men and women of working age were looking for jobs.

Yet China’s experience is instructive as to what other countries must do to take advantage of the demographic dividend: create enough jobs in productive sectors like manufacturing for people entering the workforce; enact policy reforms to encourage local and foreign businesses to invest; and foster either a large consumer market or a high savings rate to fuel investment.

India lacks many of the traits that allowed China to take advantage of its bulging working-age population.

First, India’s fertility rate, while declining, is not falling at the same rate as other countries—nor is it falling uniformly; fertility remains stubbornly high in poorer states like Bihar.

The COVID pandemic removed women from the workforce; they stayed home to care for their families. “If one parent was going to keep the job, it was going to be the father,” says Mansi Choksi, an Indian journalist and author of The Newlyweds: Rearranging Marriage in Modern India. But she also notes a deeper cultural norm that discourages women from joining the workforce. Choksi says a “commonplace way of framing” the question of female labor participation is “why should a woman work if she doesn’t need to work?”

India is losing its most productive jobs

India also has an unemployment problem. The country’s joblessness rate stood at 8.3% in December, the highest since August 2021, according to the Center for Monitoring Indian Economy. And the need for work will only increase: India will need 90 million non-farm jobs by 2030, estimates the McKinsey Global Institute.

India has struggled to grow manufacturing jobs despite interest from some foreign companies like Apple.
Dhiraj Singh—Bloomberg/Getty Images

To make India’s challenge even harder, the country is losing jobs in manufacturing, which produces more economic output per worker than other sectors of the economy. India’s manufacturing workforce fell by almost 50% in just six years, from 51 million in 2017 to 27.3 million in 2021. Indian workers instead went into agriculture and services, sectors with lower labor productivity.

All countries shift from manufacturing to services as they reach high-income, but countries like India may be going through this evolution earlier than expected. Some economists say “premature deindustrialization” is reducing the number of productive jobs, making it harder for countries like India to fully capitalize on their growing working-age populations.

India’s strong IT and tech sector, evidenced by companies like Infosys and Wipro and startups like Flipkart, may not be a good replacement for manufacturing. “India’s rise as a digital powerhouse, no matter how successful, seems unlikely to generate sufficient economy-wide benefits to effect the broader structural transformation that the country needs,” Arvind Subramanian, a former chief economic advisor to India, wrote in Foreign Affairs.

“I like to characterize India as having over-invested in the knowledge economy,” says Keith Hartley, CEO of supply management platform LevaData. He suggests that Indian companies have been more focused on programming, support and other “knowledge jobs.”

“India should be the next great developing ground for manufacturing, but honestly I have just not experienced that yet,” he says.

Many Indians also work in the “informal economy” or business activities that are not recognized or taxed by the government. Such work accounts for about 20% of the country’s economy, according to estimates from the State Bank of India in 2021, down from 52% before the pandemic.

Jobs in the informal sector—think selling soft drinks by the side of the road—tend to have low labor productivity, meaning they don’t produce much surplus output that can be funneled back into the economy. The government also doesn’t tax informal work, creating a narrow tax base that doesn’t cover the whole economy.

The mismatch between the demand for skilled labor and what’s available in the labor force means “it’s not simply a matter of whether or not there’s enough good jobs, it’s also very much a matter of whether there are enough reasonably qualified people to fill those jobs,” says Dyson.

How could India create more jobs?

Modi’s government has offered to create 1 million new jobs in the government, but that’s unlikely to make a dent in the job shortfall. Demographers, economists and business leaders all agree that India needs to somehow increase the number of good jobs before the country’s mass of working-age people becomes a liability rather than an asset.

Some large foreign companies, like Apple, and Foxconn are planning to expand their operations in India, following COVID disruptions to China’s manufacturing. But companies are still being tripped up by unclear government policies: Bloomberg reports that Samsung is locked in a dispute with the Indian government about manufacturing subsidies owed to the Korean manufacturer.

To help increase investment, India could streamline its bureaucracy to make investments easier. New Delhi could also lower its import duties on components and sign more free trade agreements for its exports. (Vietnam, which has lower import and export duties than India, has successfully attracted companies like Apple and Samsung). India could also pass policies that focus on its population, such as continued investment in public health and education to improve levels of human capital.

“Younger people need to have good jobs, real productive jobs” Gietel-Basten says. “They’ve got to be in formal work. And if you look in India, that’s still a long way off.”