Non-disparagement agreements aren’t gag orders, but they are fairly standard during layoffs 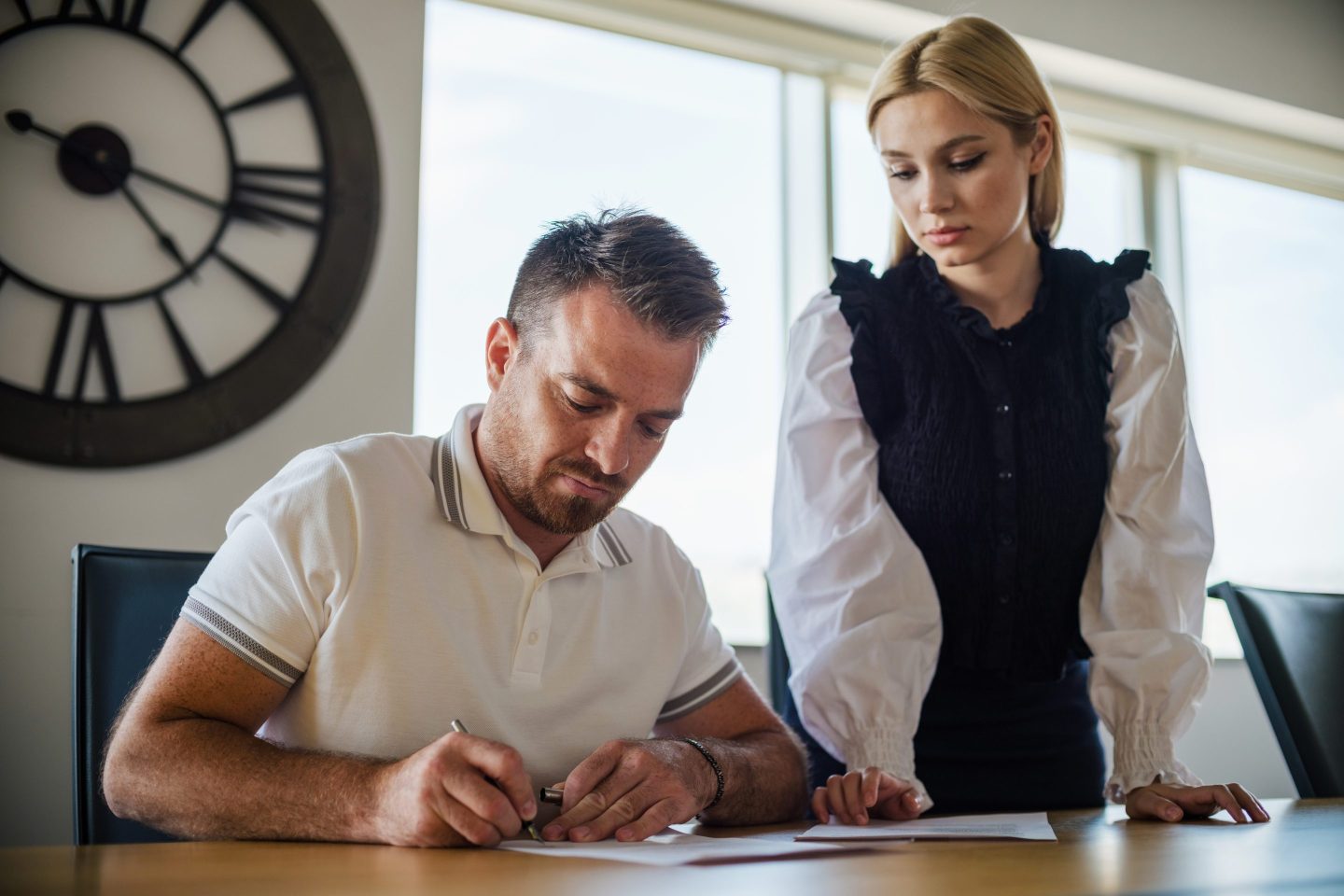 As major companies continue to cut workers, some soon-to-be former employees are some questioning the fairness of details included in severance agreements.
Ilkercelik/Getty Images

News of the massive tech layoffs have been dominating headlines for weeks. About 18,000 people at Amazon and 12,000 at Google’s parent company Alphabet. Roughly 10,000 at Microsoft. An estimated half of the 7,5000 workers at Twitter. And social media feeds have been filled with juicy details about the severance packages, including information on the legal documents employees have to sign before they get their payout.

It’s left some questioning the fairness of such documents. But experts say these non-disparagement agreements are pretty standard.

Severance packages can be a godsend for employees affected by layoffs, giving workers some financial cushion as they begin their job search. Most Americans are “at-will” employees, meaning that severance isn’t always required, though some states do require payouts to certain types of workers. But while companies can opt to be fairly generous with packages—Twitter and Salesforce, for example, are providing up to three and five months of pay and benefits, respectively—there are typically some strings attached.

The soon-to-be former employees are usually asked to sign some type of separation agreement that includes a non-disparagement clause, as well as a liability release. “In order to receive severance, you have to sign an agreement. Companies want them signed so employees can’t sue them,” says Amy Spurling, CEO and founder of Compt, which offers employee perk stipend software for HR departments.

Spurling, who has been in the HR industry for more than two decades and is very familiar with the layoff process, tells Fortune that in order to get employees to sign such an agreement, companies have to offer compensation. That’s essentially why these are always tied to severance—it’s standard operating procedure.

“A non-disparagement is a very, very standard clause. I’ve never seen a release agreement that didn’t include it,” Spurling says.

While this paperwork is standard, it still pays to understand how the process works. Employers will usually discuss the terms of any agreements at the same time that they meet with a worker to discuss the layoff, says Texas-based plaintiff attorney Omar Ochoa. Employers typically want to get the employee’s agreement signed prior to paying out any severance amounts but not necessarily before a layoff is effective.

“You still have recourse as an employee,” Spurling says. An NDA is much stricter—you’re basically going to have to just pretend like nothing ever happened, she adds. Many times in cases of alleged sexual harassment, for example, an employee may be required to sign an NDA as part of a settlement agreement, after which they’re prohibited from talking about any of the allegations.

Employees also need to look carefully through any separation agreements for any type of non-compete clause that may limit their ability to continue working in a specific role or industry. “That’s a massive red flag,” Spurling says. “Whatever severance money they’re offering you is likely not enough to start an entirely new career, so make sure the non-compete isn’t barring you from continuing your career at another company.”

In addition to looking through the agreement for non-compete language, Spurling recommends checking for any new non-solicit clauses as well. These typically bar you from generally hiring or attempting to hire your former colleagues. If this does exist in the agreement, it’s something that could be worth trying to negotiate.

“It’s very important that an employee understand all provisions of any agreement,” Ochoa tells Fortune. “Reading the agreement in its entirety is the minimum.” And make sure to ask questions if you don’t understand anything, even if it’s just a specific word or phrase that may be confusing.

Better to ask now than repent later because these agreements are legally enforceable. “Employees who sign agreements should assume the employer is prepared to enforce it,” Ochoa says. In many cases, monitoring the employee’s compliance and litigating any violations is likely not financially feasible, so the agreement becomes more of a scare tactic, or deterrent, in hopes that the employee will comply.

But if the violation is severe enough, or if the amount of money at issue is substantial, the company may take steps to enforce an agreement. This is typically more common with executives and higher-level management than the average rank-and-file worker though.

For the average worker, getting a lawyer to review the agreement probably isn’t necessary—and it may not even be feasible given the financial and time constraints facing workers involved in a layoff.

“The bottom line is, if you were let go and you aren’t in a management position… just sign the paper and take the money,” Spurling says.

If you have a dispute and a really good cause to sue the company, then it may be worth talking to an employment lawyer before signing anything. But Spurling adds that the reason needs to be good—it can’t be simply because you’re upset you were let go.

“Not signing the paperwork to ‘stick it to the company’ means you’re missing out on compensation. If there aren’t any red flags, sign on the dotted line and take the money,” she recommends.