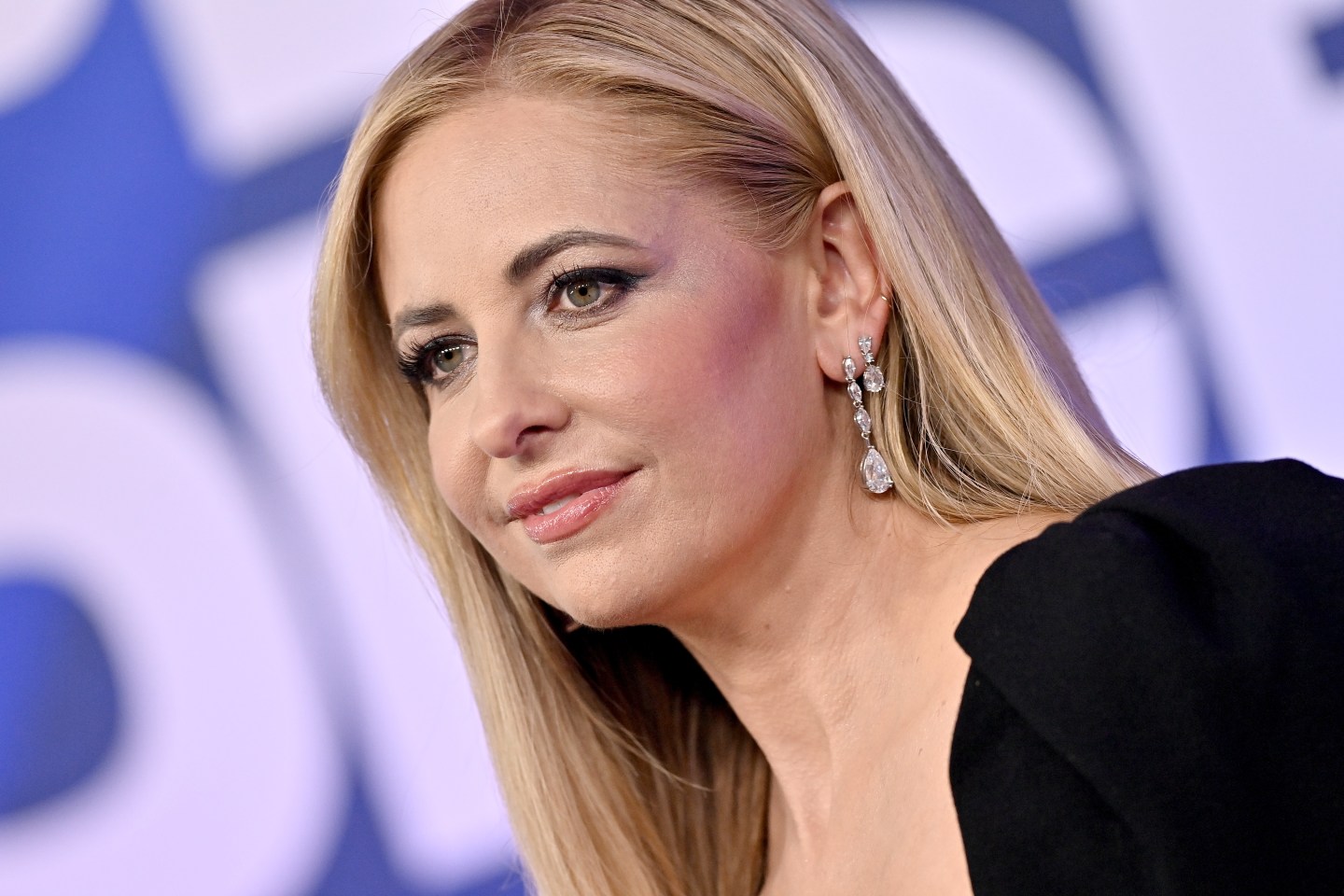 Sarah Michelle Gellar, pictured in 2022, has spoken out about being perceived as "difficult" during her time on "Buffy the Vampire Slayer."
Axelle/Bauer-Griffin/FilmMagic

Sarah Michelle Gellar was an icon of 1990s and noughties Hollywood—but her hard work came with consequences that many women will be familiar with, she revealed in an interview this week.

Speaking to The Hollywood Reporter, the “Buffy the Vampire Slayer” star discussed how she had been perceived as a young actress in the industry.

“There was a time when I had a reputation of being … difficult,” she told the entertainment news outlet. “Anyone that knows me knows it came from the fact that I always put in 100%. I never understood people who don’t. I’ve mellowed a bit in [my expectations of others] because I got burned out.”

Gellar’s former “Buffy” co-star told THR that the actress was penalized when she tried to use her status at the top of the show’s call sheet to create a better working environment for her colleagues.

“We were working crazy hours, and a lot of things that got pushed weren’t necessarily safe or under the best conditions,” he said. “Sarah was always the first one to say, ‘We agreed this was a 13-hour day and it’s hour 15 — we’ve got to wrap,’ or, ‘Hey, this shot doesn’t seem safe,’ when nobody else would stick up for the cast and crew. I saw her get called a bitch, a diva, all these things that she’s not — just because she was taking the mantle of saying and doing the right thing.”

Gellar herself has previously spoken about the atmosphere on the show’s set, describing it as an “extremely toxic” working environment and a place where “women were pitted against each other.”

In her new projects, Gellar told THR in its January issue, she was doing her best to ensure young actors were working in safer spaces than she did in the 1990s.

“I hope that I’ve set up an infrastructure, a safety net for these actors that I didn’t have,” she said. “My generation just didn’t have that.”

Women ‘not allowed to be passionate’

The often career-defining labeling of women in Hollywood as “difficult” is a longstanding issue that many actresses have spoken out about in the past.

Katherine Heigl—who has starred in movies including “Knocked Up” and “27 Dresses,” and won an Emmy for her role in “Grey’s Anatomy”—addressed her reputation as being hard to work with in a 2021 interview with The Washington Post.

Jennifer Lopez told THR in 2016 that she had gained a reputation that she didn’t deserve, saying she still felt “crippled to voice [her] opinion” in male-dominated Hollywood.

“I’ve always been fascinated by how much more well-behaved we have to be than men,” she said. “I did get a moniker of being a diva, which I don’t deserve. We [as women] are not allowed to have certain opinions or be a certain way, or be passionate.”

Meanwhile, former “The Fresh Prince of Bel-Air” star Janet Hubert, addressing her falling out with co-star Will Smith during HBO Max’s reunion special, told Smith that his depiction of her at the time led to her losing “everything.”

“Calling a black woman difficult in Hollywood is the kiss of death,” she said. “It’s hard enough being a dark-skinned black woman in this business.”

‘I speak in a monotone to be heard’

Women being criticized as difficult, hard to work with, or opinionated isn’t just confined to the entertainment industry, with the trope persisting outside of Hollywood as a widespread stereotype in the worlds of business, politics and beyond.

In a 2016 interview, Britain’s then-Prime Minister Theresa May—who had been described by a former cabinet minister as a “bloody difficult woman”—said: “If standing up for what you believe to be right makes you ‘bloody difficult,’ then so be it.”

While May embraced the description, however, many women are tired of being held to a double standard for voicing their opinions.

“Women are always between a rock and a hard place when it comes to both communication styles and others’ attitudes toward them speaking up,” Gwen Rhys, founder and CEO of U.K.-based Women in the City, told Fortune on Thursday.

“As women progress in an organization, they become fewer in number and so they become the outliers. They aren’t part of the group think. Their views may well deviate from the accepted group ‘norm.’ They are perceived as difficult, maybe even emotional.”

Rhys said that to help overcome misconceptions and help prevent women from feeling afraid of speaking up, managers needed to ensure that they are given the opportunity to speak and for their views and concerns to be considered.

“It’s not true that women speak more than men in meetings—but they often use more words and have more color or intonation,” she noted. “Personally, I have found that if l ‘close down’ my delivery—use fewer facial expressions, speak in more of a monotone, I’m more likely to be heard.”

Thaima Samman, president of the European Network for Women in Leadership, told Fortune in a call on Thursday that managers and companies needed to foster workplace cultures that were open and welcoming.

“One element of the problem is the place of women in the workplace, it’s difficult for women to speak their mind,” she said. “Some people feel that women shouldn’t have authority—this is true of men but it can also be true of women. This can be addressed by having more and more women in leadership roles—it becomes the norm for women’s ideas to be accepted.”

Patricia Lizarraga, managing partner of Hypatia Capital—a New York-based asset management firm focused on investing in women in leadership—said giving women more visibility in leadership was key to dismantling labels like “difficult,” as women leaders would no longer be an exception and thus would become harder to label.

Dr. Anino Emuwa, founder of Avandis Consulting and 100 Women @ Davos, told Fortune that it was down to bosses to eliminate outdated labels used to describe women in the workplace.

“Using labels such as difficult or opinionated is a form of bias that can affect a woman’s rise in leadership,” she said. “The traditional socialized role of women is for them not to speak up, not to have a viewpoint and this is still reflected by many. Many women in certain organizations fall silent for fear of being labelled opinionated or difficult or quit their jobs to avoid confrontation.”

She said women in middle management level roles often left companies where they felt they were excluded, or their contributions were not welcome.

“So to managers, firstly, banish this language,” she advised. “Would you use the same for a man who behaves in the same way? The person who challenges or questions may just be the person the organization needs to push forward from the old way of doing things into new opportunities.”

Geraldine Gallacher, CEO of the London-based Executive Coaching Consultancy, said she had been made to feel as though she should moderate how assertive she was at work as she progressed up the corporate ladder.

“I really experienced the double bind dilemma which senior women experience—that they are judged more harshly for being dominant but they’re overlooked if they’re too quiet,” she said.

“Huge unconscious bias still remains which links leadership behaviors with stereotypically masculine behaviors such as dominance and self-promotion and associates women with more caring behaviors. That’s a real bind if you happen to be an assertive woman or indeed a caring man.”