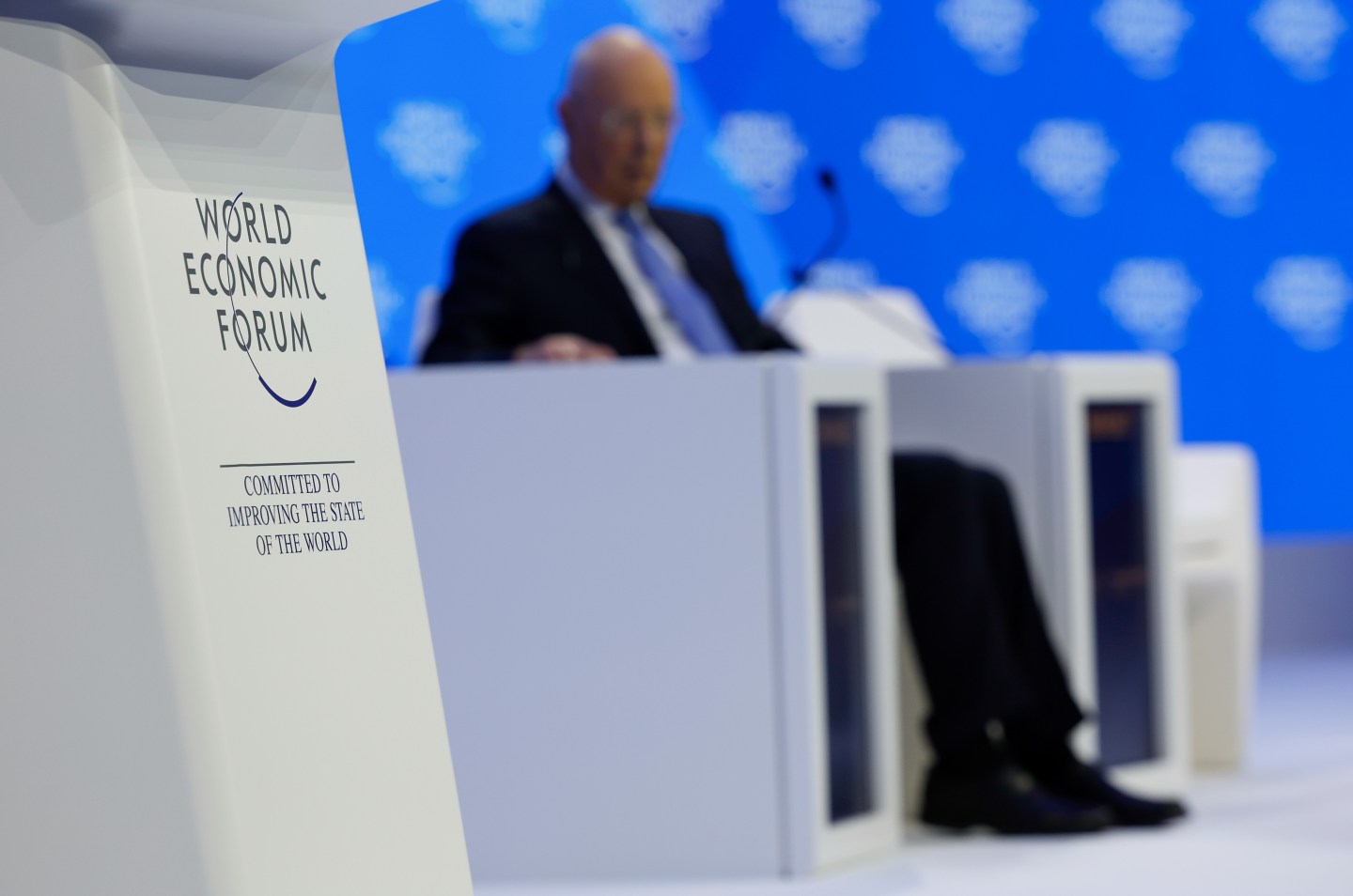 A branded lectern on the opening day of the World Economic Forum (WEF) in Davos, Switzerland, on Tuesday, Jan. 17, 2023. The annual Davos gathering of political leaders, top executives, and celebrities runs from January 16 to 20.
Stefan Wermuth—Bloomberg/Getty Images

If the U.S. wants to reach “tipping points” in green energy technologies before climate change gets out of control, it would do well to take a page from the Asian playbook on industrial policy. That is one of the insights shared by Davos-goers at the World Economic Forum this week. Business should stop seeing government as an obstacle, and see it as the catalyst for required systemic change.

Depending on which perspective one takes, America has had an industrial policy since Alexander Hamilton invested half a million dollars in American manufacturing in 1791 instead of relying on imports from Great Britain. Or, critics might say it has never had an industrial policy—at least not one like South Korea, Japan, and the Asian tigers had when they crafted “import substitution” after the Second World War.

Either way, U.S. industrial policy is now a reality for the first time in a long time, various participants at the World Economic Forum said this week. “With the CHIPS act, the IRA [Inflation Reduction Act] and the infrastructure and jobs bills we now have the makings of a national industrial policy,” Jon Creyts, CEO of the Rocky Mountain Institute, told me in an interview.

The acts infuse hundreds of billions of dollars into the American economy, helping U.S. companies shift toward a high-tech, low-carbon economy through financial incentives such as tax credits. And that, in itself, is a major shift for American capitalism, which has typically relied on a free market economy and limited interventions or steering by the government, Creyts said.

The advantages of this approach are obvious to those who study industrial policy elsewhere. The Rocky Mountain Institute will soon release a study with Deloitte that shows how economies can reach “tipping points” in the adoption of green technologies such as hydrogen, sustainable aviation fuels, and electric vehicles. The study points to emerging economies such as India as examples for such transformations, and the “catalyst” role that government can have in bringing them to fruition.

In India, for example, more than 100 companies—including Amazon, Flipkart, Ola, and Uber—have committed to achieve zero carbon mobility. It would help the country in its green transition, make it a leader in electric vehicle technologies, particularly for two- and three-wheelers, and put an end to the air pollution, which bogs down cities like Delhi. Crucially, though, state governments in Delhi and Maharashtra provided the necessary financial incentives.

But if the advantages are clear, so are the risks and downsides. “It is no secret that certain elements of the design of the Inflation Reduction Act raised a number of concerns in terms of some of the targeted incentives for companies,” European Commission President Ursula von der Leyen said in a Congress Hall speech in Davos on Tuesday.

The worries that America’s nascent industrial policy is protectionism in hiding are warranted, Christoph Catoir, president of Adecco, one of the world’s largest HR services firms told me in an interview. “We already see positive effects of America’s industrial policy and expect that to accelerate in the second and third quarter of 2023,” he said. Global companies are considering to invest in America instead of in Europe, which could lead to a win-lose situation.

And Europe’s executive leader didn’t just stick to words. As Reuters reported, “The European Union responded on Tuesday to U.S. moves to boost its energy transition with its own plans to make life easier for green industry, saying it would mobilize state aid and a sovereignty fund to keep firms from moving to the United States.”

As such, what is meant as a race to the top in technologies could just as easily turn into a race to the bottom for governments. And whether that’s a good thing for the two blocs’ consumers, remains to be seen. It certainly shows the challenges of the idea of “cooperating in a fractured world,” the theme of the Davos meeting this year.