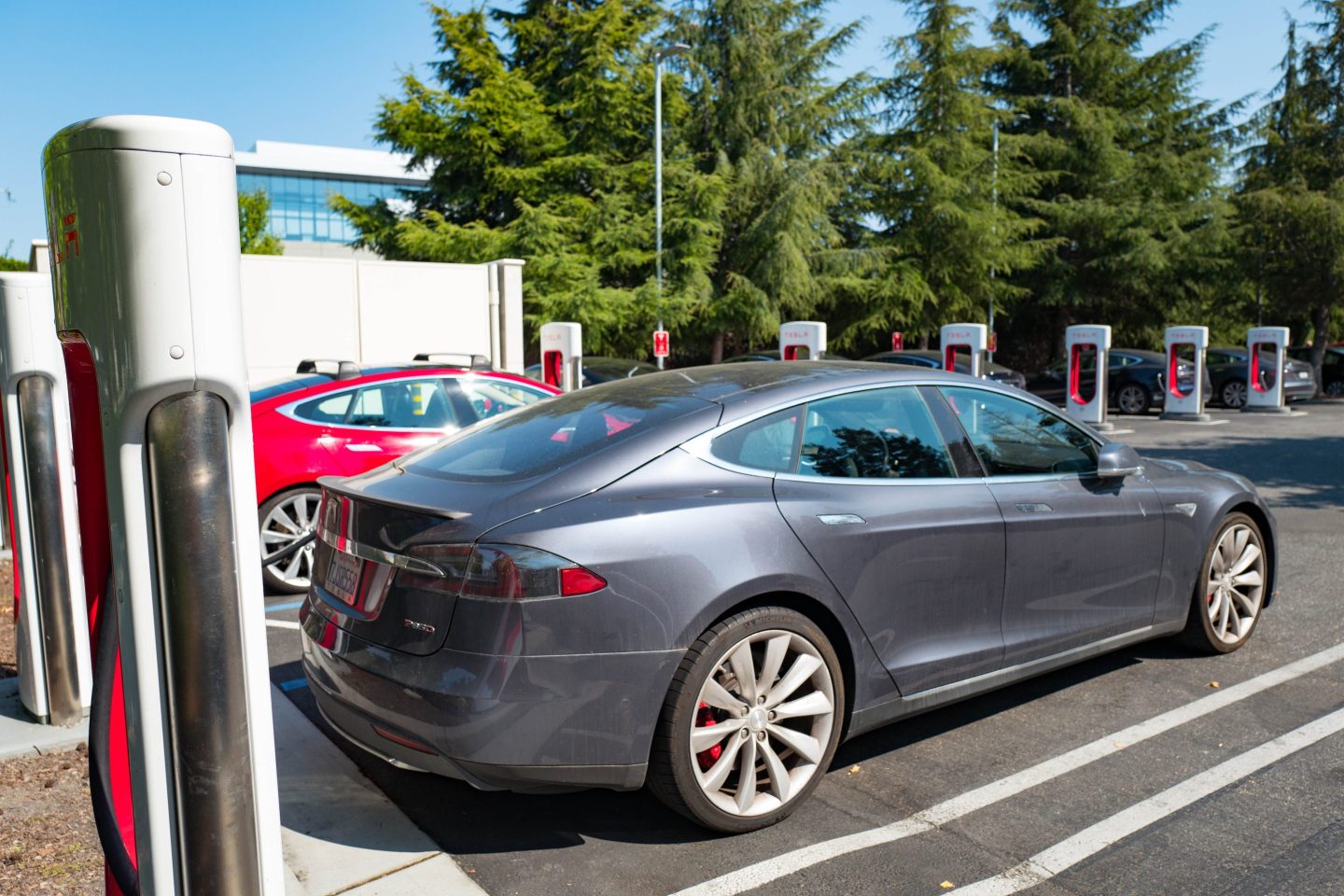 The notorious Nikola boss was convicted in October of defrauding investors after falsely suggesting his zero-emission concept truck could drive on roads using his proprietary fuel cell technology. The filming however had been cleverly staged—in reality, it only rolled downhill with gravity performing all the work.

Now Musk might be on the cusp of his own scandal thanks to legal discoveries in connection with a lawsuit launched by the family of Walter Huang, who died in a 2018 accident while his Tesla drove him.

On Tuesday, remarks were leaked to Reuters in which senior engineer Ashok Elluswamy admitted to recording an October 2016 promotional video at the behest of Musk that he knew to be an inaccurate—and therefore potentially misleading—portrayal of the capabilities of his self-driving technology.

Set to the Rolling Stones’ catchy tune “Paint It Black,” Tesla purported to show nearly four minutes of edited footage in which one of its cars flawlessly navigates itself from an employee’s garage all the way to a Tesla office before the person exited the vehicle and it parked itself on corporate grounds. The employee behind the wheel was said to “only [be] there for legal reasons.”

Video served as starting shot for commercial sale of FSD

According to a transcript of Elluswamy’s testimony seen by Reuters, the director of Tesla’s autonomous car program said the vehicle in the video did not actually rely entirely on its software that Tesla began to sell as an option in late 2016, initially for as little as $3,000 per car.

Instead, Tesla mapped out a three-dimensional route in advance so the vehicle didn’t need to deal with the complex computations required during path planning. Not only did drivers intervene to take control in test runs, a test car accidentally crashed into a fence while trying to show the vehicle could park itself.

The problem is this misleading demonstration wasn’t just one of the countless random videos that Musk posts to his Twitter account to satisfy fans with fresh content of his latest endeavors.

Instead, it served as the very pillar of his claims for revolutionary A.I. technology known as full self-driving (FSD) that gained Tesla its reputation on the stock market as a tech company rather than a lowly car company.

Upon this October 2016 foundation, the entrepreneur launched his plans to sell a feature he later promised would eventually turn a Tesla into that rarest of automotive unicorns: an appreciating asset that would earn money back for its owner as a robo-taxi.

“It’s financially insane to buy anything other than a Tesla,” he would go on to boast at Tesla’s Autonomy Day in April 2019.

Tesla claimed each car produced from that month onward had all the necessary hardware to offer autonomous driving substantially safer than that of any human. The only issue was the software still needed to be refined and optimized—“calibrated” in Tesla’s parlance.

But the video served as evidence that the underlying requirements for the technology to work were already embedded in the vehicle waiting to be activated.

This FSD software now costs $15,000 per car and is almost pure profit for the company.

“Before activating the features enabled by the new hardware, we will further calibrate the system using millions of miles of real-world driving to ensure significant improvements to safety and convenience,” Tesla established at the time.

Musk made it clear back then that he was only months away from solving the riddle of fully autonomous vehicles.

“Tesla expects to demonstrate self-driven cross-country trip next year,” Musk stated that very day in a pronouncement of Tesla’s automotive prowess that sparked headlines in all major media.

The journey never happened, either in 2017 or any year after.

When asked whether the technology in the October 2016 video displayed self-driving technology available in Tesla production cars at the time, Elluswamy said in his testimony “it does not.”

Tesla and Musk could not be reached for comment.

Suspicions over Tesla’s 2016 video have surfaced before, but this is the first time they have been confirmed on the record by a leading member of Tesla’s management team involved with the filming.

Moreover, it directly implicates Musk as the party responsible for commissioning it.

Elluswamy said his team’s recording was made as a “demonstration of the system’s capabilities” at the request of the CEO.

The admission by Elluswamy, who subsequent to the 2016 video climbed the ranks to become head of Tesla’s self-driving software program, helps to establish a repeated pattern of often highly misleading statements by Musk.

The Tesla CEO has had repeated run-ins with the law. He is currently set to stand trial in a civil case over possibly bogus claims in 2018 that he secured funding to take Tesla private with the help of Saudi Arabia.

FSD helped save Tesla from bankruptcy

It’s worth remembering that at the time Elluswamy posted the 2016 video at Musk’s request, Tesla wasn’t by any stretch of the imagination the world’s largest carmaker by market cap that we know today.

It was worth just a tenth of today’s $400-billion-plus value.

Musk later admitted the company faced bankruptcy, even though investors were not informed there were doubts over whether it could continue as a going concern until much later when its future was secure.

FSD helped drive investor interest, as even Musk said last year that solving autonomous driving was the linchpin to the company’s enormous valuation compared to automotive peers like Toyota and Volkswagen.

Musk is frequently criticized for making outlandishly bold predictions that goose the stock price, only to admit later in more subdued environments that he, too, can err just like any other human.

Yet of all the many questions surrounding the veracity of his claims to investors, the most contentious accusations involve his seemingly annual promise of solving full autonomy for FSD customers come the next year.

Tesla lawyers say FSD was just a failure, not a fraud

It remains technically in “beta” testing since October 2020, in which customers volunteer to help “calibrate” the software (to use Tesla’s term) for Musk. Those who bought it in Europe by comparison have received little to nothing in the way of its advanced automated features.

Now that Musk opened the beta up to all FSD customers in the United States and Canada, after being on sale for six years, analysts expect Tesla to book as much as $1 billion in past FSD software revenue and profits in the fourth quarter that it had to previously defer under accounting rules.

Q4 results are due next Wednesday.

Whether selling FSD fell afoul of the law is also currently under discussion following a recent class-action suit launched on behalf of aggrieved Tesla customers.

Lawyers for Musk’s company dismiss the allegations of impropriety, saying Tesla instead came up short.

“Mere failure to realize a long-term, aspirational goal is not fraud,” Tesla’s lawyers wrote in a November 28 court filing, asking the suit be dismissed.