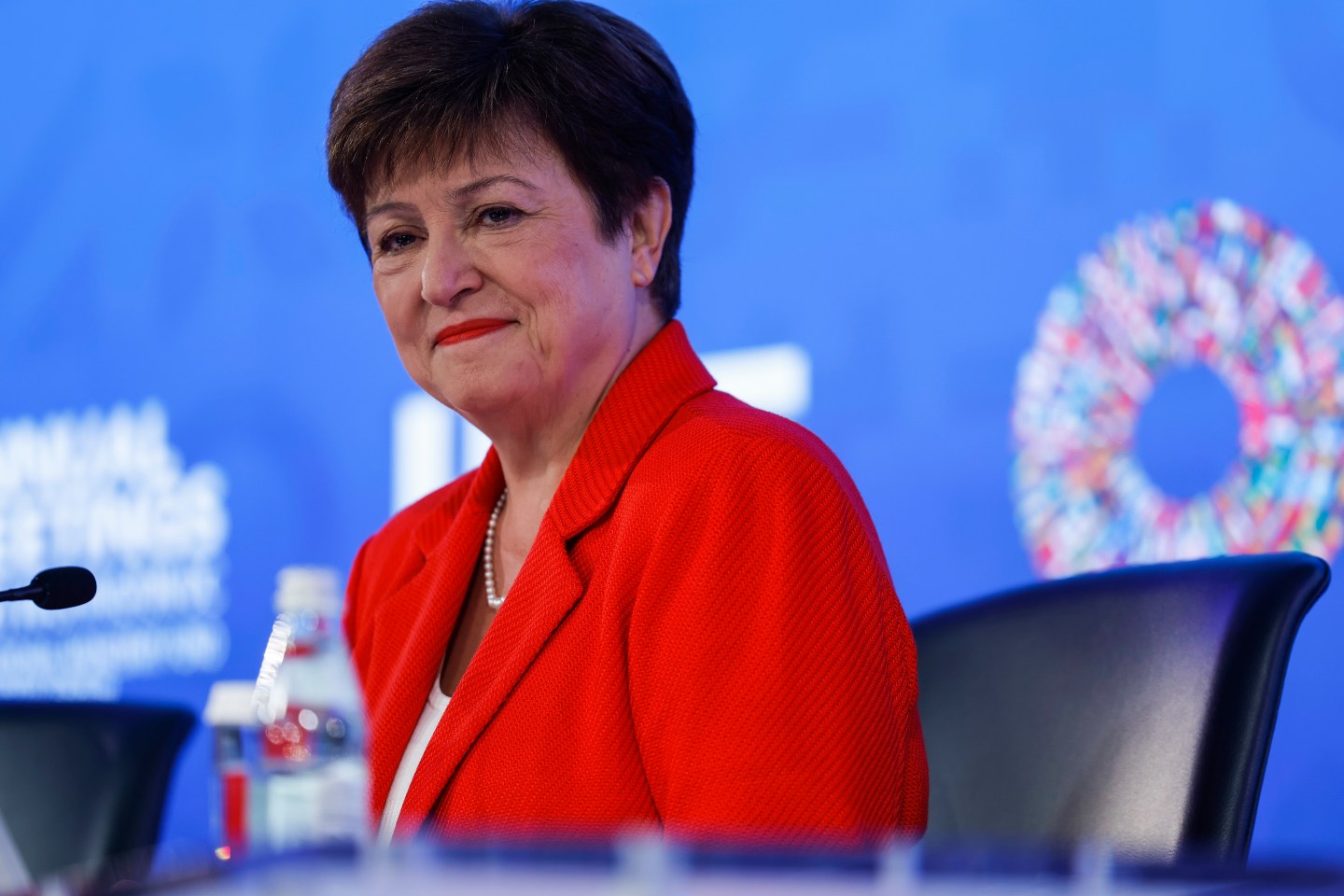 The head of the International Monetary Fund has said she can finally see some hope on the horizon for the global economy, following months of warnings and gloom from the organization.

But speaking to CNBC at the World Economic Forum’s flagship annual conference in Davos, Switzerland, on Tuesday, IMF Managing Director Kristalina Georgieva suggested she could see a light at the end of the tunnel.

“I don’t see a downgrade now, but growth in 2023 will slow down,” she said. “Our projection is that we will go by half a percentage point down vis-a-vis 2022. The good news though is that we expect growth to bottom out this year and 2024 to be a year in which we finally see the world economy on an upside.”

Georgieva, who warned in October that central banks like the Federal Reserve and the Bank of England were walking a tightrope when it came to monetary policy, told CNBC on Tuesday that it was “not quite” time for policymakers to start cutting interest rates just yet as inflation remains elevated despite price growth slowing down.

U.S. inflation has cooled in recent months, with the consumer price index falling 0.1% between November and December—but the latest CPI figures showed that prices rose 6.5% in the year to December, a far cry from the Fed’s 2% inflation target.

“Central banks have to be careful not to pull their foot from the brake too early,” Georgieva cautioned on Tuesday.

Georgieva’s comments on her outlook for the economy on Tuesday are a little more optimistic than the IMF has been in recent months.

Earlier this month, Georgieva said the global economy was facing “a tough year, tougher than the year we leave behind,” and noted that the IMF was expecting one-third of the world to be in a recession in 2023.

In October, she compared the global economy to “a ship in choppy waters,” just days before the institution downgraded its growth forecast and chief economist Pierre-Olivier Gourinchas warned that “the worst is yet to come.”

The October downgrade brought the IMF’s expectations for global growth in 2023 down to 2%—which it defines as a global recession.

Both Georgieva and Gourinchas have cautioned that 2023 will feel like a recession to swathes of people across the globe, even at points when economic growth is positive, thanks to shrinking real incomes and soaring prices.

Back in July, as the IMF slashed its outlook for global growth again, Gourinchas said the IMF’s outlook had “darkened significantly” and that the world was “teetering on the edge of a global recession.” At the time, the organization described itself as “gloomy.”