A full third of the world will slide into recession this year, predicts IMF boss Georgieva 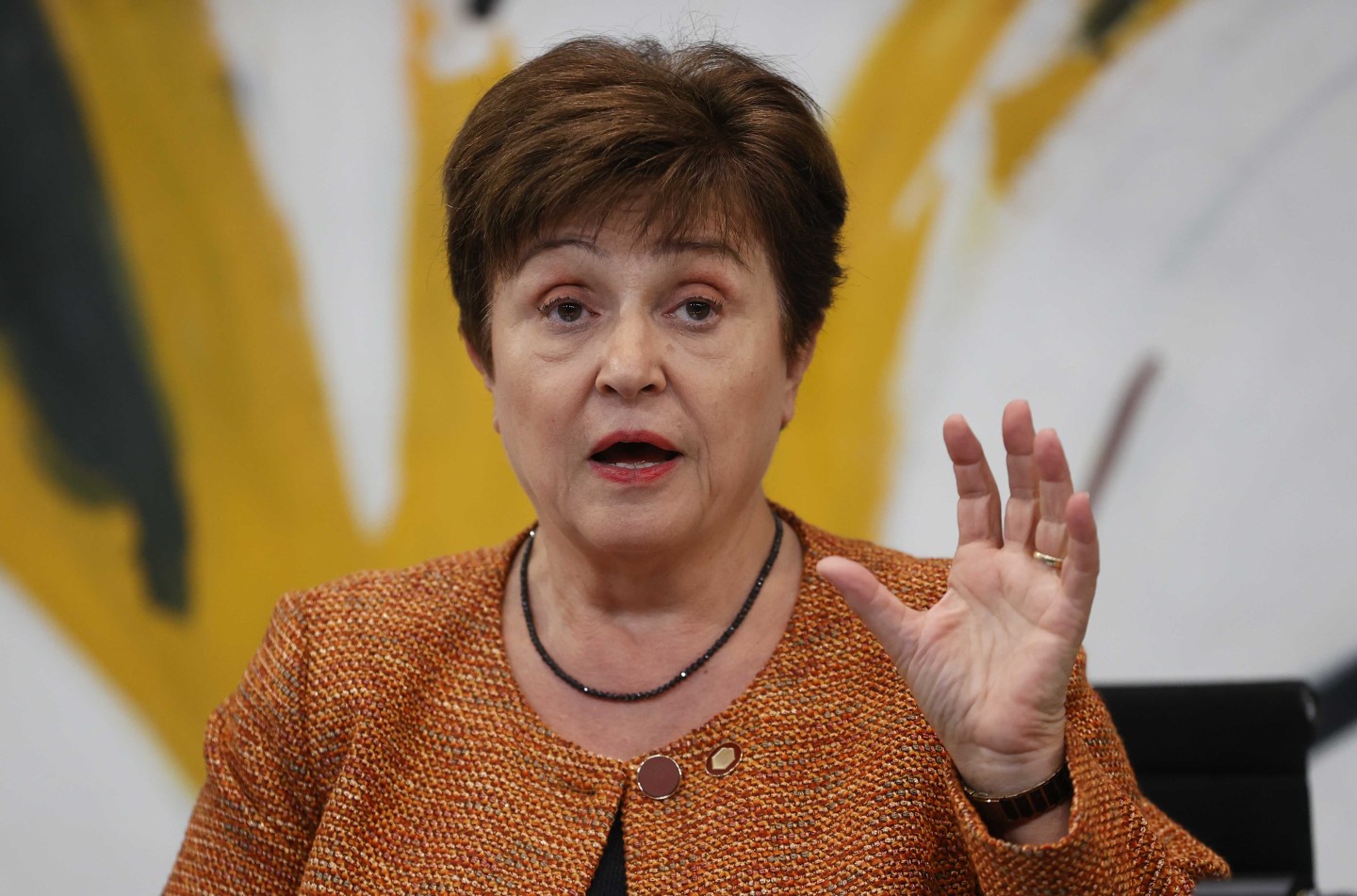 A full third of the world's economy is headed for recession, according to IMF managing director Kristalina Georgieva.
Abdulhamid Hosbas—Anadolu Agency/Getty Images

International Monetary Fund Managing Director Kristalina Georgieva warned that the global economy faces “a tough year, tougher than the year we leave behind.”

“We expect one-third of the world economy to be in recession,” Georgieva told CBS’s ‘Face the Nation’ in an interview aired Jan. 1. “Why? Because the three big economies — U.S., EU, China — are all slowing down simultaneously.”

The IMF already warned in October that more than a third of the global economy will contract and that there is a 25% chance of global GDP growing by less than 2% in 2023, which it defines as a global recession.

Examining the three biggest economies on CBS, Georgieva painted a mixed picture of their ability to withstand the downturn.

While “the U.S. may avoid recession,” the European Union has been “very severely hit by the war in Ukraine — half of the EU will be in recession next year,” she said. At the same time, China faces a “tough year.”

Data published on Saturday showed that China’s abrupt reversal of its Covid Zero policy pushed economic activity in December to the slowest pace since February 2020 as the virus swept through major cities and prompted people to stay home and businesses to shut.

The slowdown in the biggest economies “translates into negative trends globally — when we look at the emerging markets in developing economies, there, the picture is even direr,” Georgieva said.

Purchasing manager index numbers for manufacturing published on Monday showed negative readings across Europe, Turkey and in South Korea. Data published Tuesday are set to reveal similarly dire numbers for Malaysia, Taiwan, Vietnam, the UK, Canada and the US.

Still, the outlook for the world’s largest economy may offer respite.

“If that resilience of the labor market in the U.S. holds, the U.S. would help the world to get through a very difficult year,” Georgieva said.