Fund managers’ recession fears are ‘a lot less bearish’ than they were in 2022—but faith in U.S. stocks is collapsing, Bank of America poll finds 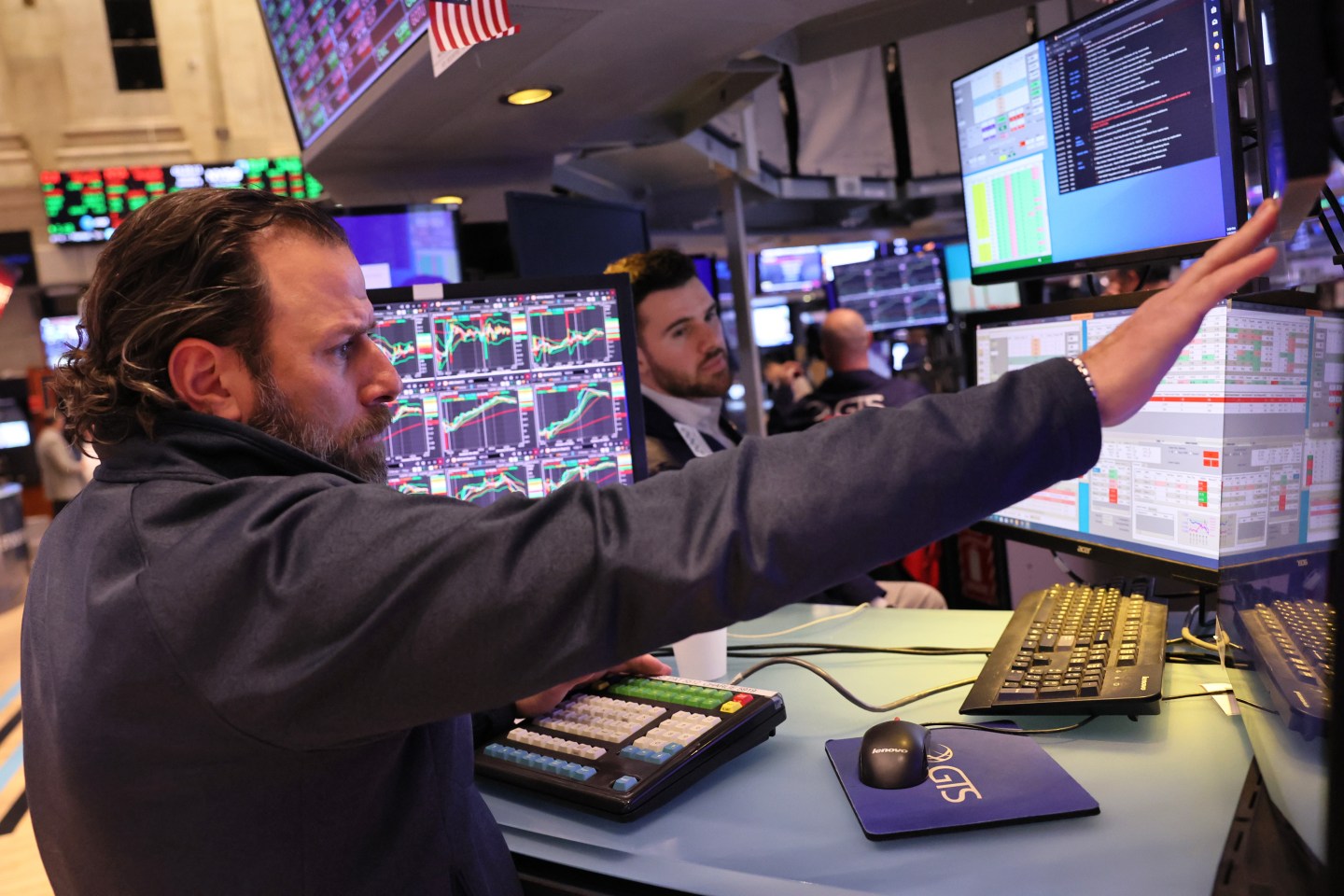 The start of the new year appeared to show an improvement in investor sentiment, with bruised stocks on Wall Street and in Europe enjoying rallies in the first trading weeks of the new year.

However, some trepidation has lingered thanks to uncertainty over corporate earnings and the economy, leading to more muted trading in recent days.

But while institutional investors are starting to feel more optimistic about the economy, their allocation of funds to U.S. stocks has collapsed, Bank of America said on Tuesday.

In the latest installation of its Global Fund Manager Survey, BofA polled 253 individuals who collectively manage assets worth $710 billion.

The survey, carried out between Jan. 6 and Jan. 12, asked fund managers to weigh in on how they were expecting the economy to play out in the foreseeable future—and how they were positioning their portfolios to weather any economic and geopolitical storms.

BofA’s analysts found that while fund managers were still bearish, they were “a lot less bearish” than they were in the final quarter of 2022.

Thanks to optimism around China’s reopening after a painfully drawn-out COVID elimination strategy, recession fears among top investors hit a six-month low, the survey revealed.

Fund managers’ expectations of growth in China soared to a 17-year high, with 91% of respondents expecting a “full reopening” of the world’s second-largest economy in 2023.

The bank’s strategists said in their note on the survey findings that prior peaks in recession fear had marked a turning point in asset prices.

Meanwhile, optimism toward global economic growth reached a one-year high. Just 20% of fund managers said they saw a deep global recession as the biggest tail risk to their portfolio, with persistently high inflation named as the number one tail risk by 34% of the survey respondents.

Last year, economic anxiety had investors hoarding cash at the highest rate since 9/11—but according to BofA’s latest survey, the allocation to cash among fund managers saw its biggest drop between December and January since mid-2020.

Despite allocating less of their portfolios to cash than they were at other points in the past year, however, fund managers remained overweight on cash and bonds, the poll found, and were still underweight on global stocks.

When they were investing in stocks, they were pivoting toward emerging markets, eurozone stocks, and shares of companies in the utilities and industrial sectors.

Money was being pulled out of U.S. stocks, with allocation of funds to American-listed companies tumbling to its lowest since October 2005.

“Allocation to U.S. equities collapsed in January, with investors net underweight at 39%, [the] most since Oct. 2005 (52%),” BofA’s analysts said in a report on the survey findings.

Fund managers were also retreating from healthcare and tech stocks, according to BofA’s January survey.

Taking a longer-term view, investors’ year-end price targets for the S&P 500 were an average 3,900 points, according to BofA’s findings—lower than the level at which it was trading on Tuesday morning.