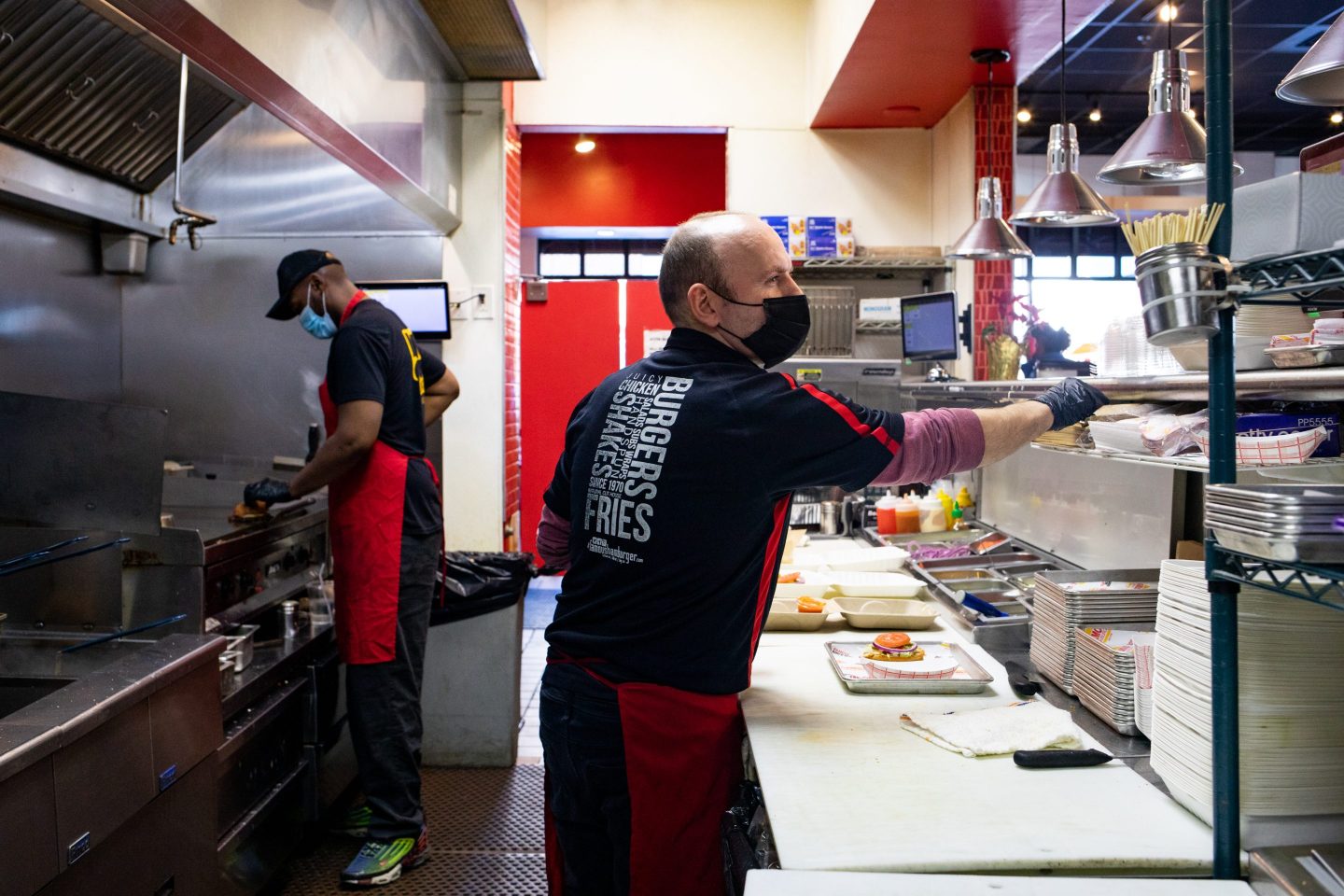 In 2023, frontline workers might finally get some workplace flexibility.
Bloomberg / Contributor - Getty Images

These days, white-collar jobs might as well be known as non-collar jobs, considering the many knowledge workers who dial in from the sofa in their T-shirts and sweats.

Remote work became an unevenly distributed privilege during lockdown. While some employees were able to dodge the office and its associated pandemic risks, others risked their lives and continued to provide on-site services. Many of these frontline workers were service workers, such as grocery store cashiers, as well as some knowledge workers, such as the health care professionals working in hospitals.

But as remote jobs fade nearly three years in, hybrid policies have become a major compromise between those who still want flexibility and those who want to return to in-person work (often typecast as employers and bosses, respectively).

Hybrid work is still often siloed to only the white-collar worker, though. But consulting company Gartner predicts that could all change this year, asserting in its 2023 workplace forecast that hybrid flexibility will reach frontline workers.

Many companies rolled out hybrid policies to try and even the playing field between those who could and couldn’t work from home, Gartner points out, mandating in-office attendance at least a few days a week. More than six in 10 companies have some on-site requirements for remote workers.

2023 will see a shift: Instead of limiting flexibility to make things fair across the board, “smart organizations” will try to implement strategies that make work more flexible for frontline workers. That might look like giving them more autonomy and stability in regards to their work schedules, plus more paid leave.

Some companies have already started accommodating this way of work. Fast casual restaurant DIG implemented a four-day workweek—a growing trend in knowledge workplaces—to its service employees in the second half of 2022 (after beginning the pilot in 2020), finding the rollout to boost both productivity and employee satisfaction.

“If the suits can do it, why can’t we?” Brian Coakley, DIG’s director of operations, told Fortune. “Why can’t we do it in the restaurant industry?”

Indeed, research shows that hybrid work can be a major key to keeping employees from quitting; hybrid workers have reported higher levels of company loyalty than their fully remote or in-person counterparts. And a study from software company Citrix also revealed that hybrid knowledge workers were more likely than their remote or fully in-office peers to connect with their coworkers in a manner that made them happier and more productive. They also reported being more connected to their leaders.

Workers value flexibility so much that they’re still quitting to find it elsewhere, even as a recession looms ahead.

“We’re seeing a slew of resignations from jobs that have forced employees back to the office, suggesting that workers have made workplace flexibility an ultimatum they refuse to give up—and they’re not deterred by recent layoff reports,” Lexi Clarke, VP of people at Payscale, said in a statement to Fortune in December.

If hybrid work does reach more frontline industries, flexibility may become so ubiquitous that it could turn into a workplace staple rather than a workplace perk.