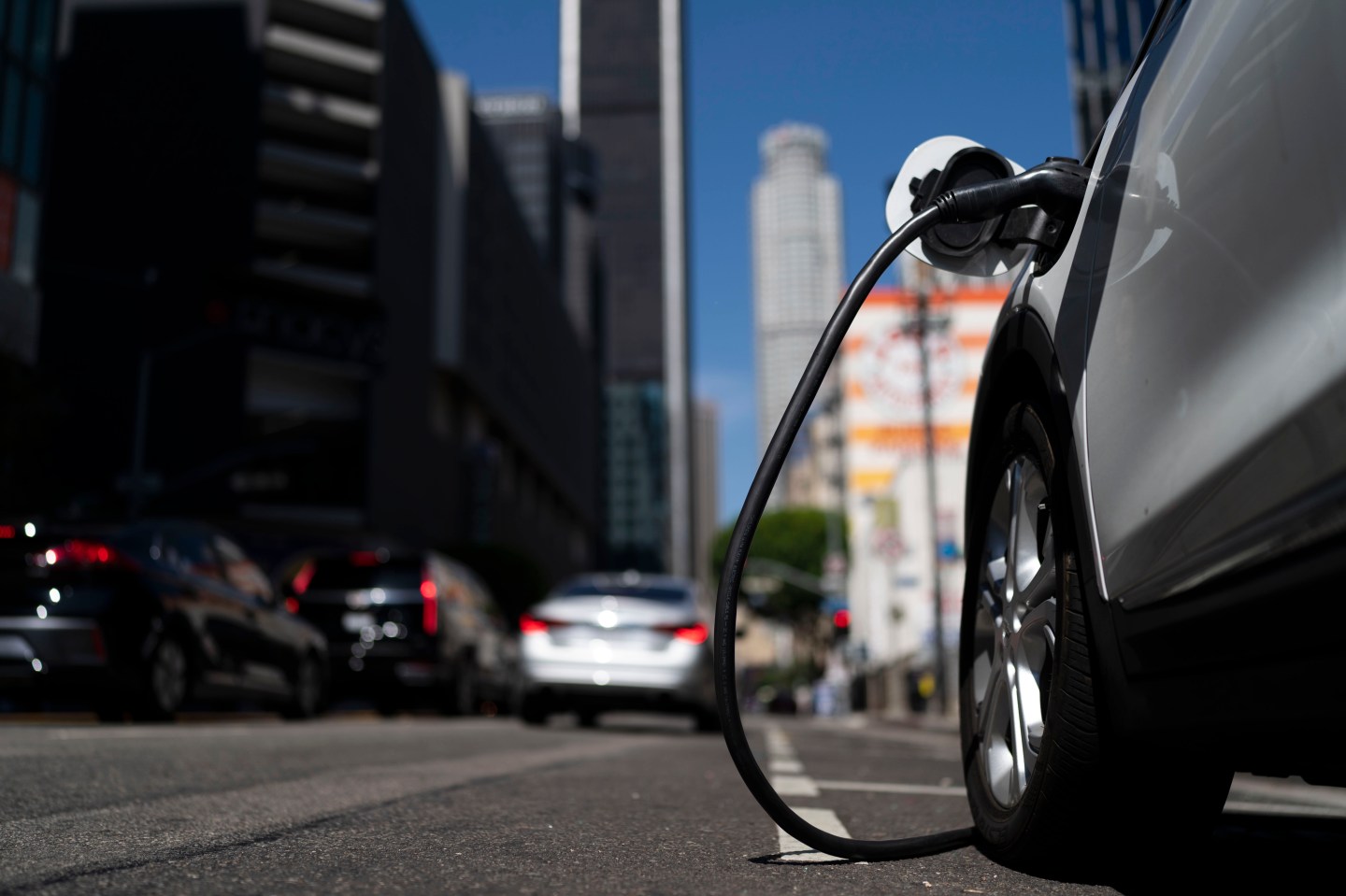 People who want to buy an electric vehicle could get a bigger-than-expected tax credit come Jan. 1, 2023, because of a delay by the Treasury Department in drawing up rules for the tax breaks.
Jae C. Hong—AP

People who want to buy an electric vehicle could get a bigger-than-expected tax credit come Jan. 1 because of a delay by the Treasury Department in drawing up rules for the tax breaks.

The department said late Monday it won’t finish the rules that govern where battery minerals and parts have to be sourced until sometime in March.

As a result, it appears that buyers of EVs assembled in North America with batteries made in the U.S., Canada or Mexico will be eligible for a full $7,500 tax credit under the Inflation Reduction Act. The act calls for the batteries’ minerals and parts to also come from North America or a country with a free-trade agreement with the U.S. in order to get the full tax break, but that provision has been temporarily put on hold.

The auto industry is watching the situation closely, but it could cause a rush to dealers because most, if not all EVs aren’t expected to qualify for the full credit when the rules are all in place.

Experts say most automakers won’t be able to comply with requirements that the battery components come from North America or a country with a U.S. free-trade agreement. For instance, General Motors already has said that it expects its EVs to get only half the tax credit, or $3,750, until at least 2025.

So people who buy early next year before the rules are announced could pocket an extra $3,750.

“I imagine there will be a rush,” on EV dealers to get the extra savings, said Sam Abuelsamid, principal e-mobility analyst with Guidehouse Research.

In the meantime, Treasury said it will release information by year’s end on the “anticipated direction” of the rules to help automakers identify eligible EVs, the department said in a statement. But the rules won’t be effective until March.

Other requirements, like new caps on a buyer’s income and price of the EV, will still take effect Jan. 1.

“It should allow some consumers to get an EV a little bit cheaper than they might have otherwise,” said Chris Harto, a senior policy analyst on transportation and energy for Consumer Reports magazine.

With a base price of $26,595 including shipping, General Motors’ Chevrolet Bolt hatchback is among the lowest-cost EVs on sale in the U.S. today. A $7,500 tax credit would knock the price down to just over $19,000 — less than the average price of a used vehicle in the U.S. That could bring buyers off the sidelines.

Automakers have criticized the battery sourcing and assembly requirements as complex, hard to trace and unrealistic in the short term, with no EV model sold in the U.S. likely able to qualify right away for the full $7,500 tax credit.

The law’s aim was in part to reduce U.S. reliance on batteries now predominantly made in China and move supply chains to the U.S. Fifty percent of the battery parts have to be manufactured or assembled in North America, and 40% of battery minerals must come from North America or a country with a U.S. free trade agreement, or recycled in North America. Those percentages rise annually.

More broadly, U.S. allies including South Korea, the European Union and other countries are also upset, arguing that the new law will disqualify their foreign-made EVs unless or until they can open new American plants, which could take several years.

The new law continues to require that EVs be assembled in North America, which took effect when President Joe Biden signed the measure in August. Also taking effect on Jan. 1 are new caps that EV sedans must cost $55,000 or less, or under $80,000 for pickup trucks, SUVs and vans. A car buyer must have income of $150,000 or less if single, or $300,000 if filing jointly.

Abuelsamid said it’s not clear whether someone could order an EV before the rules take effect and still get the full credit. He suspects that people will have a hard time finding EVs, which like other automobiles, are still scarce because the auto industry is having a hard time getting computer chips and other parts to keep factories running.

Harto said the temporary delay makes sense for the Treasury Department as it sorts out technical issues of minerals extraction and battery component manufacturing for its rule-making. Consumers in the meanwhile can take advantage if they pay heed as well to potential dealer markups, he said.

“The market for EVs has been supply limited and I don’t see that changing in the next two weeks, so that’s the real risk — that this additional tax credit gets eaten up by dealer markups,” Harto said.