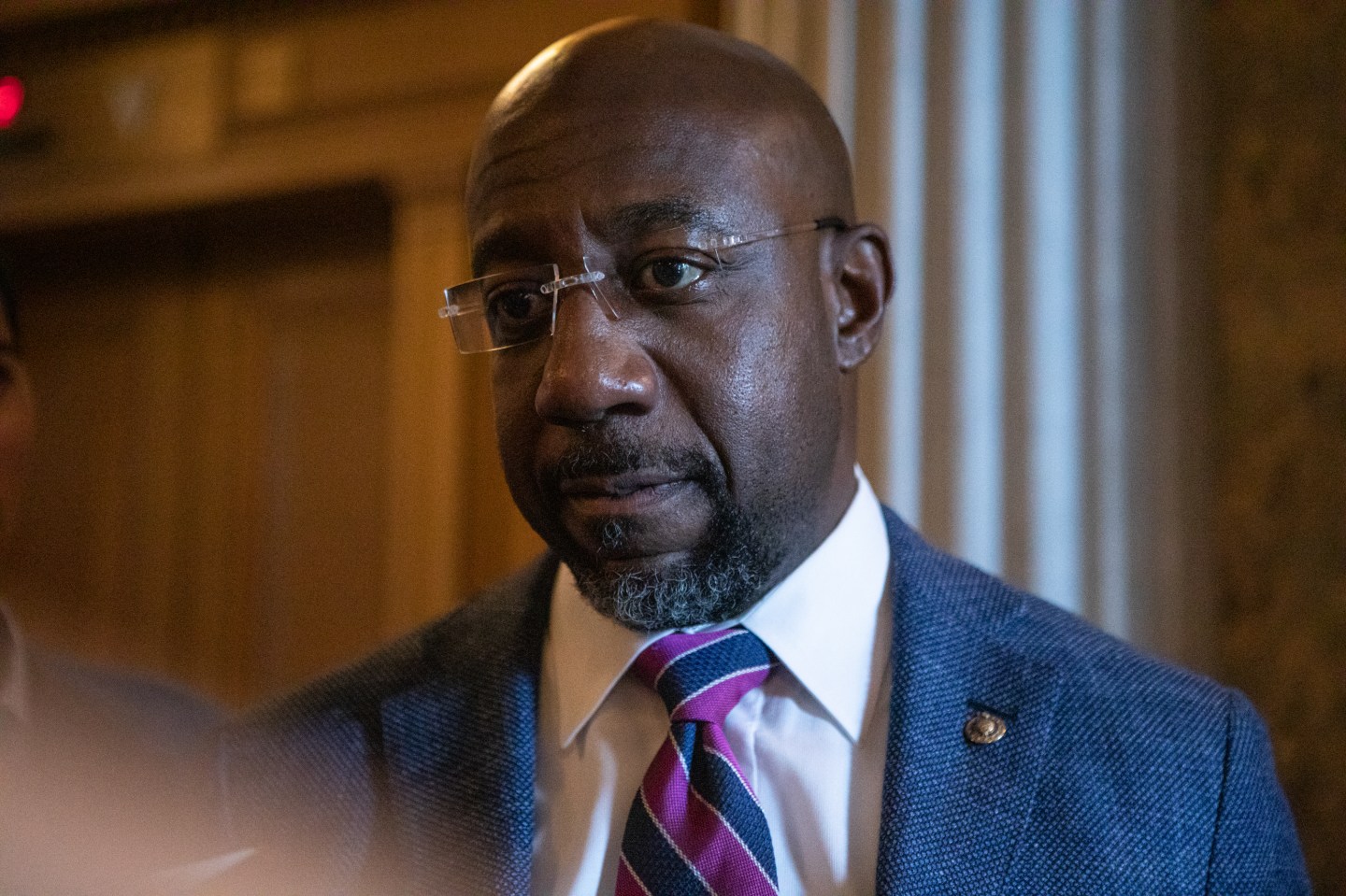 Warnock sent a letter to Treasury Secretary Janet Yellen raising concerns that the revised tax credit President Joe Biden signed last month as part of a sweeping climate and health law could place some automakers at a competitive disadvantage. That’s because the new law says the credit of up to $7,500 only applies if the EVs and their batteries are manufactured in North America.

That means vehicles made by South Korea-based Hyundai would no longer qualify for the credit until the company starts producing EVs in Georgia, which isn’t expected until 2025.

“I urge you to offer maximum flexibility for vehicle manufacturers and consumers to take full advantage of the electric vehicle tax credits available under the law,” Warnock’s letter said.

The U.S. Treasury Department is responsible for adopting regulations to carry out revisions to the EV tax credit approved by Congress. Warnock’s letter doesn’t request any specific remedy from the department.

In an interview, Warnock said he hopes to see Treasury officials interpret Congress’ revisions in a way that “we don’t end up punishing the very companies, like Hyundai, that are helping us bring this clean energy future.”

Hyundai announced in May plans to build a $5.5 billion plant for manufacturing EVs and the batteries that power them in Bryan County, west of Savannah. The company plans to hire at least 8,100 workers.

Hyundai spokesman Michael Stewart said in an emailed statement the company was “disappointed” with the tax credit revision.

“We are hopeful that a solution through the U.S. federal government can be found that takes into consideration Hyundai’s significant past and committed future investments in the U.S. market, including the $5.54 billion EV plant in Georgia,” Stewart said.

Stewart did not say whether the issue might affect Hyundai’s plans to produce up to 300,000 EVs per year in Georgia. The state and local governments agreed to give the automaker tax breaks and other financial incentives worth $1.8 billion.

But the tax credit issue is causing some anxiety among officials in Georgia working closely on the project.

“Hyundai is quite concerned about the lack of the tax credit,” said Trip Tolleson, president and CEO of the Savannah Area Economic Development Authority, who frequently meets with Hyundai officials to discuss the planned Georgia plant.

“All of us really hope that the Biden administration, in partnership with our two U.S. senators, can really get this fixed and work this out,” Tolleson said. “There’s a lot riding on this project.”

A freshman senator, Warnock is seeking reelection this fall against Republican challenger Herschel Walker, a Georgia football hero and close friend of former President Donald Trump, in a swing state where Democrats have no guarantee of holding political ground they gained in 2020.

Warnock insisted the climate and health bill that Democrats pushed through Congress was a big win for Americans, and it “signals that we’re serious about the role electric vehicles will play in the future.”

“As we see this expansion in South Georgia, the prospects of building electric vehicles made by Georgia workers, we need to do everything we can at the federal level to strengthen that work and not to hamper it,” Warnock said.