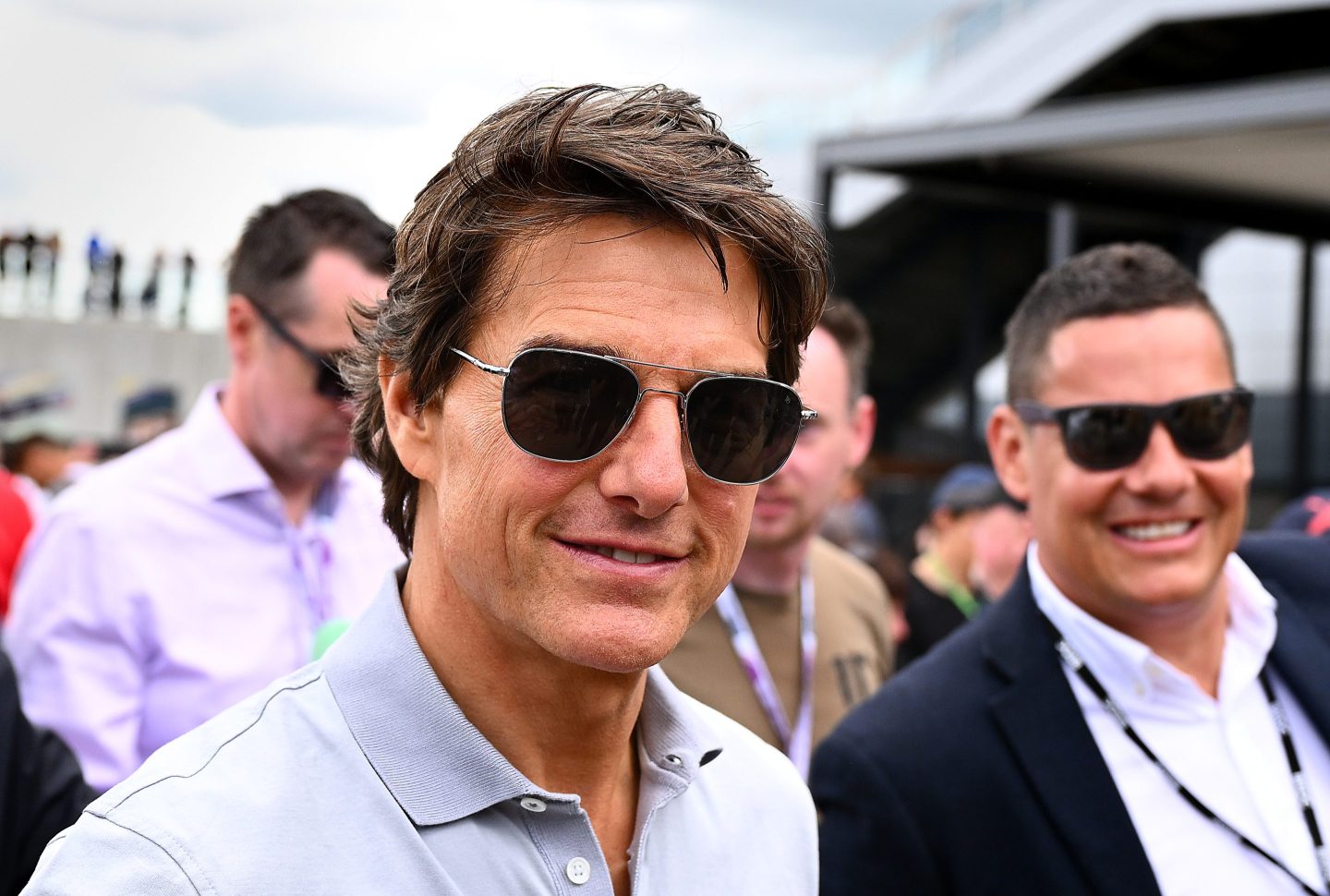 Tom Cruise often performs his own movie stunts instead of having a professional stuntman do it for him. Recently, Cruise decided to tap this daredevil streak to thank his fans by parachuting from a plane.

“Hey everyone, here we are over stunning South Africa, and we’re filming Mission: Impossible–Dead Reckoning parts one and two,” Cruise said on camera as he hung out the door of the plane. “I didn’t want the year to end without thanking you all for coming out to the theaters, and thank you for supporting Top Gun: Maverick.”

The camera then panned to Christopher McQuarrie, who cowrote and produced Top Gun: Maverick and is directing Mission: Impossible–Dead Reckoning. McQuarrie taps Cruise on the shoulder and tells him, “We really have got to roll, we’ve got to get this shot,” jokingly looking at his watch.

McQuarrie declined Cruise’s offer to jump with him but did wish him good luck, giving him a thumbs-up. With that, Cruise said one last thank-you.

“As always, thank you for allowing us to entertain you. It truly is the honor of a lifetime…I’m running out of altitude, so I’ve got to get back to work. We’ve got to get this shot. You have a very safe and happy holiday. We’ll see you at the movies,” Cruise said, before free-falling toward the ocean.

The video then quickly switched to a promotion of the movie’s debut this week on the streaming service Paramount+.

For Paramount’s Top Gun: Maverick, Cruise reprised his role of 36 years ago playing Pete “Maverick” Mitchell in the original Top Gun, to train fighter pilots. In addition to Cruise, the sequel starred Miles Teller—who became a TikTok obsession after appearing in the movie.

Top Gun: Maverick has been the year’s highest grossing film, earning over $718 million domestically and close to $1.5 billion worldwide. Released in May, it’s Cruise’s first movie to surpass the billion-dollar mark.

The movie’s success has led some to believe that a third installment could be next.

“The films that gross over $1 billion globally are sparse, and the majority of them are either already parts of a successful franchise or the start of a new one,” Dimitrios Mitsinikos, cofounder and CEO of film tech and analytics company Gower Street, previously told Fortune.

He added: “It would make perfect business sense for Paramount and its producing partners to further exploit the theatrical success of this production.”

Paramount Pictures’ CEO Brian Robbins didn’t completely shut down the possibility of a third film in the series. “Let’s see where we are 35 years from now,” he told Variety in June. “I don’t want to speculate. This is an incredible run. The sky is the limit for this movie.”