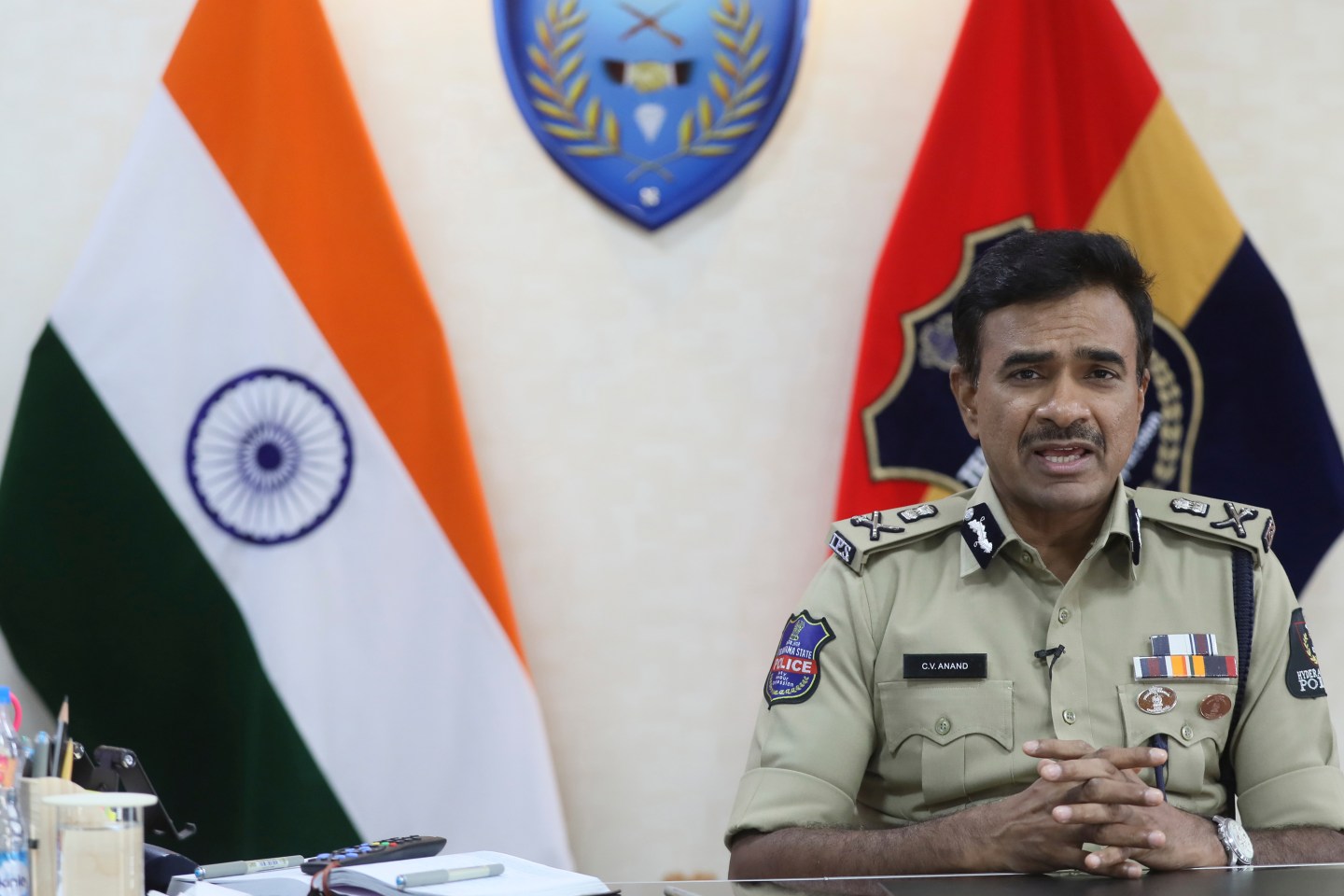 After a pair of Islamist bombings rocked the south-central Indian city of Hyderabad in 2013, officials rushed to install 5,000 CCTV cameras to bolster security. Now there are nearly 700,000 in and around the metropolis.

The most striking symbol of the city’s rise as a surveillance hotspot is the gleaming new Command and Control Center in the posh Banjara Hills neighborhood. The 20-story tower replaces a campus where swarms of officers already had access to 24-hour, real-time CCTV and cell phone tower data that geolocates reported crimes. The technology triggers any available camera in the area, pops up a mugshot database of criminals and can pair images with facial recognition software to scan CCTV footage for known criminals in the vicinity.

The Associated Press was given rare access to the operations earlier this year as part of an investigation into the proliferation of artificial intelligence tools used by law enforcement around the world.

Police aren’t just using technology to solve murders or catch armed robbers. Hyderabad was among the first local police forces in India to use a mobile application to dole out traffic fines and take pictures of people flaunting mask mandates. Officers also can use facial recognition software to scan pictures against a criminal database. Police officers have access to an app, called TSCOP, on their smartphones and tablets that includes facial recognition scanning capabilities. The app also connects almost all police officers in the city to a host of government and emergency services.

Anand said photos of traffic violators and mask-mandate offenders are kept only long enough to be sure they aren’t needed in court and are then expunged. He expressed surprise that any law-abiding citizen would object.

“If we need to control crime, we need to have surveillance,” he said.

But questions linger over the accuracy and a lawsuit has been filed challenging its legality. In January, a Hyderabad official scanned a female reporter’s face to show how the facial recognition app worked. Within seconds, it returned five potential matches to criminals in the statewide database. Three were men.

Hyderabad has spent hundreds of millions of dollars on patrol vehicles, CCTV cameras, facial recognition and geo-tracking applications and several hundred facial recognition cameras, among other technologies, Anand said. The investment has helped the state attract more private and foreign investment, he said, including Apple’s development center, inaugurated in 2016; and a major Microsoft data center announced in March.

“When these companies decide to invest in a city, they first look at the law-and-order situation,” Anand said.

He credited technology for a rapid decrease in crime. Mugging for jewelry, for example, plunged from 1,033 incidents per year to less than 50 a year after cameras and other technologies were deployed, he said.

Hyderabad’s trajectory is in line with the nation’s. The country’s National Crime Records Bureau is seeking to build what could be among the world’s largest facial recognition systems.

Building steadily on previous government efforts, Prime Minister Narendra Modi and his Bharatiya Janata Party (BJP) have seized on the rise in surveillance technology since coming to power in 2014. His flagship Digital India campaign aims to overhaul the country’s digital infrastructure to govern using information technology.

The government has promoted smart policing through drones, AI-enabled CCTV cameras and facial recognition. It’s a blueprint that has garnered support across the political spectrum and seeped into states across India, said Apar Gupta, executive director of the New Delhi-based Internet Freedom Foundation.

“There is a lot of social and civic support for it too – people don’t always fully understand,” Gupta said. “They see technology and think this is the answer.”