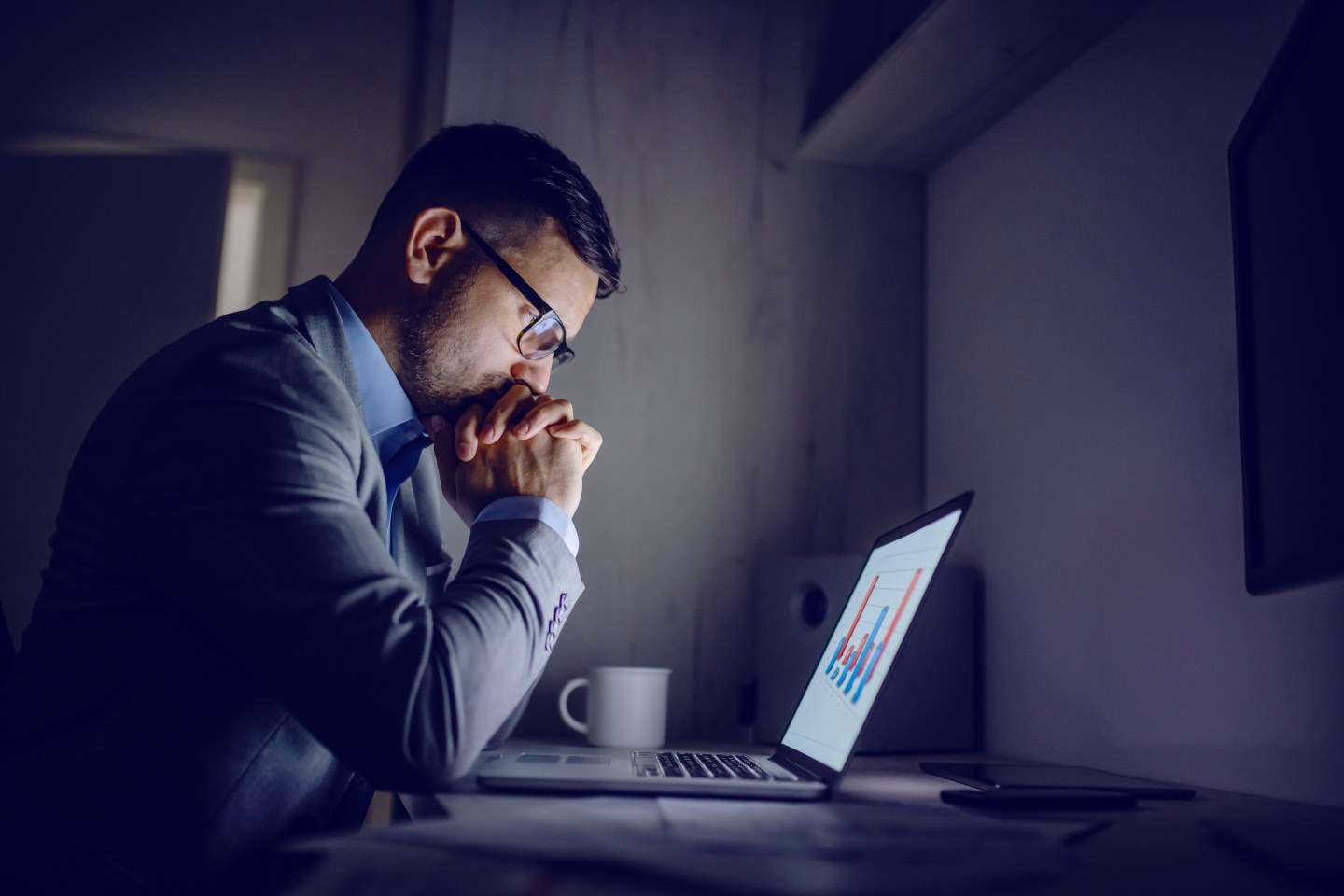 Finance chiefs haven’t felt this pessimistic since the pandemic raged in 2020.

The net optimism of CFOs for their own companies fell for the third quarter in a row, to -21, the lowest level since Q2 2020, and far below the two-year average of 25, according to Deloitte’s Q4 2022 CFO Signals report released this morning. (The own-company net optimism index is the percentage of CFOs citing rising optimism minus the percentage citing falling optimism.)

Looking further into the data, CFOs in the energy/resources industry are the most optimistic (+31), while health care/pharma CFOs are the least optimistic (-80). The drop in optimism is fueled by uncertainty over when inflation will top out, Fed rate hikes, and geopolitics, Steve Gallucci, the global and U.S. leader of Deloitte’s CFO Program, says. Talent churn and instability in the labor market also play into lower optimism, he says.

“When you take all of those together, that creates a level of uncertainty that we have not seen in recent times,” Gallucci says. “And that translates into less optimism about the company’s prospects, and less appetite for risk.”

“We track a series of metrics around revenue, earnings, dividends, cap spending, domestic hiring, and domestic wages on each quarter,” Gallucci explains. “When you look at fourth quarter 2022 versus third quarter 2022 all those measures came down.”

The biggest declines were in year-over-year growth expectations for revenue and earnings at 4.2% and 2.9%, respectively, down from 6.2% and 6.4% in Q3.

The unstable supply chain over the past year translated into higher costs for a lot of the survey respondents, Gallucci says. “You’re seeing that come through in the last couple of quarterly earnings for the major Dow components,” he says.

“So cost management going into 2023, with the continued uncertainty in respect to inflation, is going to be critical,” Gallucci says. “CFOs are spending more and more time with their leaders of the supply chain, understanding what are the drivers of costs, how can we try to stabilize some of this?” There will be some continued passing of those costs in prices to customers, he says.

Regarding growth, “There’s going to continue to be investments made in new products and new services, investments to expand into new markets, mostly in North America,” Gallucci says. There will be M&A activity, although it’s “come down significantly in 2022,” he says. In the near term, “CFOs are not expecting that to raise the levels that we’ve seen in 2021 and prior,” he says. “But certainly, they’re going to continue to be opportunistic.”

Fifty-eight percent of CFOs surveyed would like the Biden Administration and Congress to first provide clarity or make changes to energy policies. Corporate income taxes (49%) came in second. The findings are based on a survey of 126 CFOs from the U.S., Canada, and Mexico, with the vast majority at companies with more than $1 billion in annual revenue.

When it comes to taxes, companies will face a new 1% excise tax on purchases of their own shares beginning in 2023, which is part of the Inflation Reduction Act. I asked Gallucci if that is a concern for CFOs.

He calls it a “factor…but not a major concern.” They will consider it with respect to their capital allocation, he says. One of the questions on capital in the survey was, will you repurchase shares? he says. “We saw a pretty balanced response to that,” Gallucci says.

Inflation in the U.S. slowed again last month. Consumer prices rose 7.1% in November from a year ago, the Bureau of Labor Statistics said on Tuesday. That was down from 7.7% in October and a high of 9.1% in June. But today, the Fed is set to boost its benchmark rate for the seventh time this year. So CFOs are preparing for more uncertainty.

2022 State of Savings Report by Plinqit, a savings platform, examines the savings practices of U.S. adults. Ninety-one percent of respondents said they are saving for something this year. The top three savings categories: emergency funds (43%), travel (43%), and pay down/off debt (42%). Adults ages 18-44 are significantly more likely than those ages 45 and up to be saving to pay down/off debt, purchase a vehicle, purchase a home, or for a major life event this year, according to the report. Meanwhile, those ages 18-44 are not making saving for retirement a priority, compared to ages 45 and up. The findings are based on a recent Harris Poll survey of more than 2,000 U.S. adults.

A new study from the Federal Reserve Bank of Boston investigates whether men without four-year college degrees, between the ages of 25 and 54, are more inclined to leave the labor force when their expected earnings fall relative to the earnings of other workers in their labor market. The data finds that these men are leaving, in part, due to their perceived social status relative to better-educated men of similar age, according to the research.

Devon May was named CFO at American Airlines Group Inc. (Nasdaq: AAL), effective Jan. 1. American’s current CFO Derek Kerr will remain at the airline as vice chair, president of regional airline American Eagle and strategic advisor. He will continue to lead American’s Regional and Cargo teams and serve as a strategic advisor to the company. May, who joined America West in 2002, has more than 20 years of airline industry experience across finance, operations, network planning, and alliances. He is currently SVP of finance and investor relations, May previously served as SVP of finance and American Eagle, and SVP of network strategy.

Tim Mullany, EVP and CFO at Jack in the Box Inc. (Nasdaq: JACK) is leaving the company for personal reasons, effective Feb. 2. Mullany joined the Jack in the Box Inc. team in January 2021 and most recently led the Del Taco acquisition. The company has initiated a search for a new CFO. Dawn Hooper, VP, controller and financial reporting, will assume a temporary role as principal financial officer. Hooper has been with Jack in the Box Inc. for 22 years and held various leadership positions within finance.

“The current attacks on my former colleagues could be dangerous and doesn’t solve anything. If you want to blame, direct it at me and my actions, or lack thereof.”

—Former Twitter CEO Jack Dorsey published a blog post on Tuesday addressing recent online attacks on his former employees. Dorsey took the blame for controversial content decisions that the company made under his leadership, Fortune reported.