Billionaires had an extra $1 trillion to influence the midterm elections. Save American democracy by taxing extreme wealth 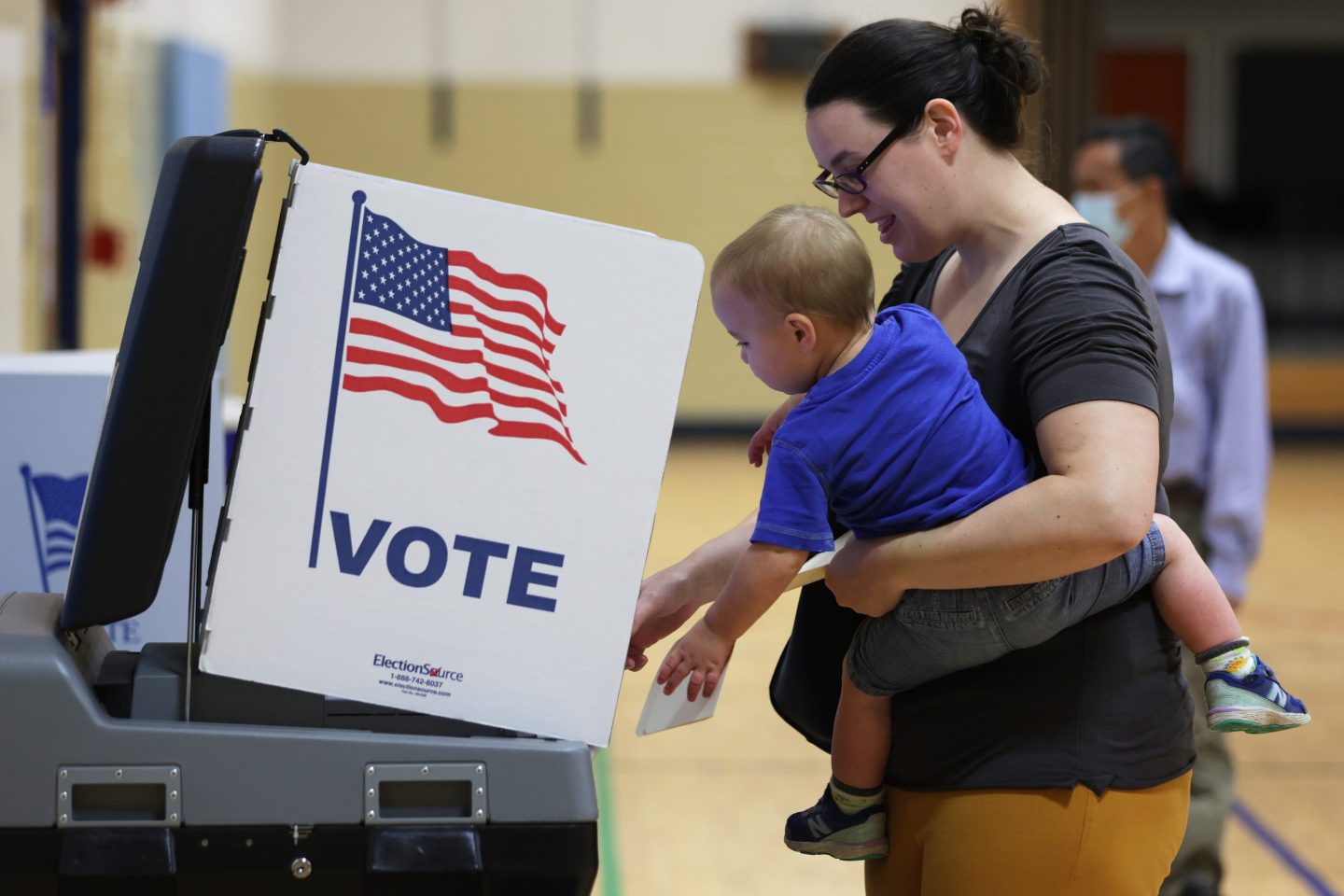 A voter casts her ballot with her child in Alexandria, Virginia.
Alex Wong—Getty Images

Democrats have officially retained control of the Senate and Republicans have taken the House in this year’s midterm elections. We now have a sense of what the next two years on Capitol Hill will look like.

This midterm cycle was unique for many reasons, but one aspect stands out like no other: billionaires took to bankrolling these elections like never before.

American billionaires spent a whopping $880 million on the elections by the end of October, with the final total likely approaching an astronomical $1 billion. That’s a game-changing amount of money that undoubtedly influenced the electoral outcomes we are now seeing.

Since the Supreme Court ruled on Citizens United in 2010, billionaire wealth has been, as Americans for Tax Fairness Executive Director Frank Clemente puts it, “drowning our democracy.” Between 2009 and 2020, the top twelve billionaires alone spent one out of every 13 dollars given to candidates and political groups.

In the 2020 cycle, billionaires contributed almost one out of every 10 dollars received by federal campaigns, with the top 20 having a combined spending of more than the entire Biden campaign. The problem is only getting worse: Billionaire spending in the 2022 midterms was up 44% compared to 2018.

It is clear beyond a shadow of a doubt that excessive billionaire wealth is a danger to our democracy. It is being spent in massive amounts to shape both the public debate and the makeup of Congress while crowding out the voices of ordinary Americans. We need to reform our campaign finance system to prevent billionaires from having such an outsized influence in the political arena. But until that day comes, we must take steps to strip billionaires of the extreme wealth that enables their power in the first place by taxing them more.

Right now, the richest Americans pay almost nothing in taxes. Thanks to a dizzying array of loopholes and special rules for the rich, the 25 richest people in America paid a tax rate of just 3.4% between 2014 and 2018 on over $400 billion in wealth gains. In fact, sometimes these billionaires get away with paying literally nothing in taxes at all. The world’s richest man, Elon Musk, paid no federal income tax in 2018. (His company, Tesla, is no better–it paid nothing in corporate taxes in 2022.)

What’s the result of this lax tax regime? Billionaire wealth grew by over 60% during the pandemic, increasing by more than $1 trillion in 2021 alone. It’s no wonder they’re spending more to influence our elections. After all, they’ve got an extra trillion dollars to throw around.

If we want to slow down this growth and make billionaires pay higher taxes, we can start by making them pay taxes, period. The U.S. tax code currently allows the rich to defer paying taxes on capital gains until those gains are realized when an asset like stock or real estate is sold. This allows the ultra-wealthy to hold onto their assets without selling them, live off low-interest loans using those assets as collateral, and pass on their assets directly to their heirs when they die, leaving their wealth gains permanently untaxed in a scheme tax experts call “buy, borrow, die.”

There’s a simple solution to this problem: We can make the ultra-wealthy pay taxes every year, just like everybody else. The Billionaire Minimum Income Tax (BMIT), introduced in Congress this July and endorsed by President Biden, would do exactly that. It would require the richest 0.01% of households to pay a minimum 20% tax on all of their wealth gains each year, including unrealized capital gains. That means no more perpetual deferment of tax payments, no more sheltering wealth for generations, and no more “buy, borrow, die.” If tens of millions of Americans can pay taxes every month on every single paycheck, the richest people in the country can pay once a year.

However, our tax goals can and should go beyond the Billionaire Minimum Income Tax. The current top capital gains rate of just 20% is far too low, especially when you consider that a worker earning $60,000 a year in ordinary income has a top rate of 22%. We could also be taking on billionaire wealth directly through a wealth tax, rather than focusing on income.

The BMIT is the right place to start. It has already earned significant support in Congress–and for good reason. It’s hard to argue that billionaires can’t afford to pay taxes every year when millions of working-class families manage it just fine. This is a no-brainer.

We already live in a country where support from the wealthy, rather than the public, is the key determining factor in a policy proposal becoming law. As billionaire wealth continues to grow, and their spending on our elections grows accordingly, this is only going to get worse. If we want to stop our slide into oligarchy and save our democracy, we need to shrink billionaire fortunes by taxing the ultra-rich–and we need to do it now.

Ron Guillot is the western U.S. VP of sales at HeartBeam and an investor in equities, options, and direct startups. This article was facilitated by the Patriotic Millionaires.