‘It’s so cowardly’: Fauci slams ‘lowlife’ trolls who harass and abuse his family 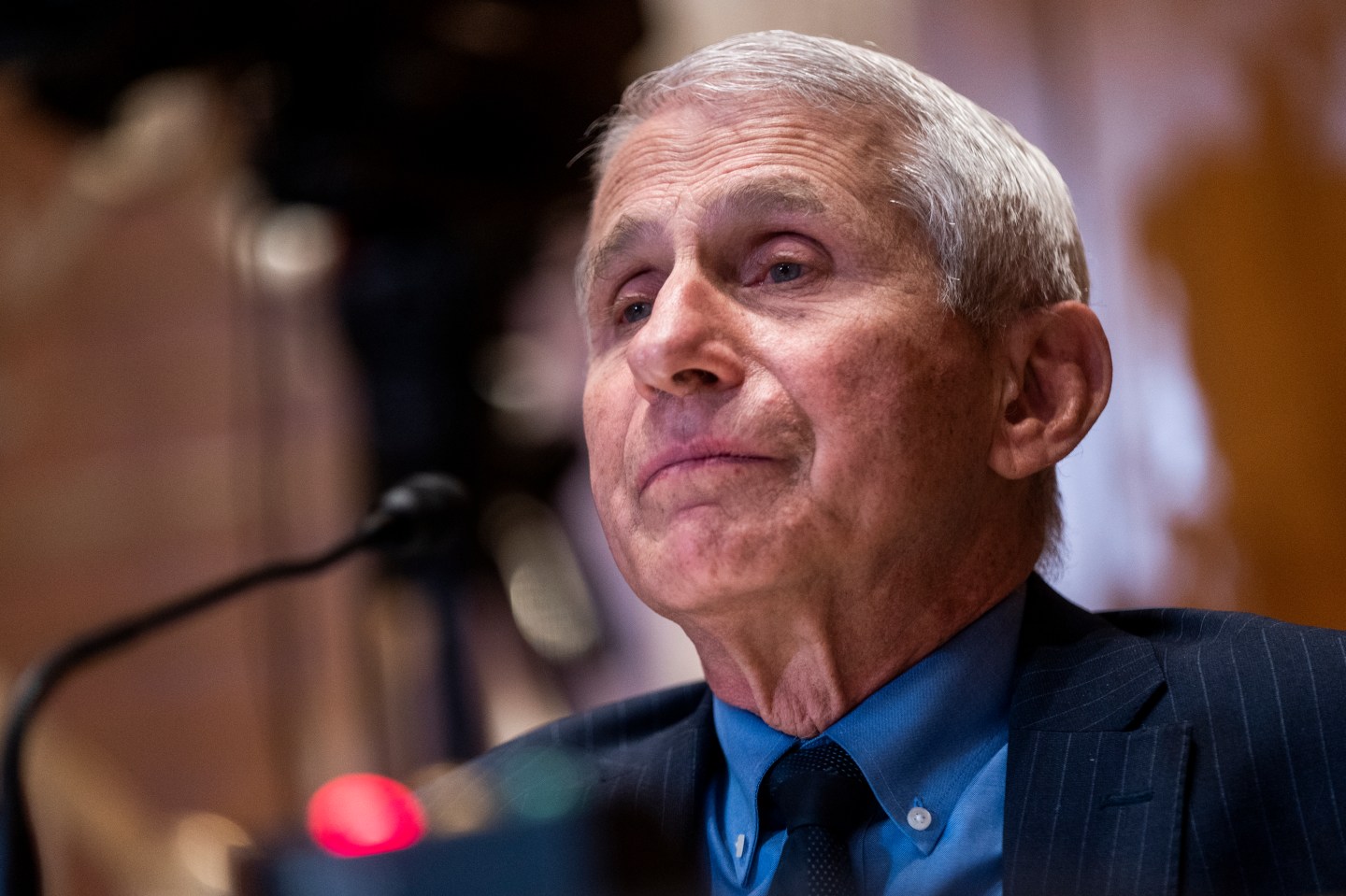 Dr. Anthony Fauci has said his wife and children have been the targets of abuse from strangers who hold certain beliefs about the COVID-19 pandemic.
Shawn Thew—Pool/Getty Images

Dr. Anthony Fauci, President Biden’s top medical adviser, has slammed strangers who harass his wife and children because of their views on the COVID-19 pandemic as “lowlifes.”

Fauci told the BBC’s Americast podcast that he’s managed to remain relatively unfazed by abuse directed at him since the pandemic began, explaining that giving online trolls attention “takes away from your ability to do your job.”

However, he admitted that he has been disturbed by strangers who have targeted that abusive behavior toward his family.

“I really do compartmentalize it, the only thing I don’t like about it is that these people who troll [is that] they harass my wife and my children because they can figure out where they live and what their phone number is and things like that,” he said in the episode, which aired on Friday.

“So as far as my own safety, I don’t let that bother me. I have good security protection, but I really think it’s so cowardly to harass people who are completely uninvolved in this, including my children, which is really, I think, just a manifestation of the lowlife that does that.”

Part of the harassment directed toward Fauci—who has served every U.S. President since Ronald Reagan in the 1980s—has arisen as a result of conspiracy theories that accuse him of plotting to control or harm people with COVID-19 and the vaccines against the virus. The unfounded theories are so pervasive that some have even been touted by U.S. lawmakers.

Widespread anger at COVID mitigations that Fauci promoted, such as lockdowns and masking, also made him the target of online abuse. Earlier this year, a West Virginia man was sentenced to three years in prison for sending Fauci death threats over his handling of the pandemic.

Meanwhile, Fauci clashed with former president Donald Trump in 2020 over the efficacy of the drug hydroxychloroquine as a treatment for COVID-19. As the rift between the two widened, Trump threatened to fire Fauci if he won his 2020 reelection bid.

During Friday’s interview with the BBC, Fauci said it had been difficult to publicly disagree with a sitting president, revealing that openly being at odds with Trump “generated an extraordinary amount of hostility” from people he described as “far-right” activists.

Fauci, who is 81, is stepping down this month as the White House’s chief medical adviser and the head of the National Institute of Allergy and Infectious Diseases.

He has previously spoken out about online trolls and conspiracy theorists, describing the phenomenon as “a complete distortion of reality” earlier this year. In 2021, he slammed COVID conspiracy theories as “preposterous,” and said those pedaling them were carrying out “attacks on science.”

Much of the online abuse aimed at Fauci has also been targeted at vaccine advocate Bill Gates, whose charitable foundation has funded initiatives to develop and roll out COVID-19 vaccines.

Gates said earlier this year that he had taken the brunt of COVID conspiracy abuse because people outside of the U.S. are unaware of who Fauci is.

“Here in the U.S., [conspiracies] focused on myself and Tony Fauci, and internationally it was more just me because they didn’t know who Tony was—he really missed out on that,” the billionaire Microsoft cofounder said in an interview with The Guardian in September.

Fauci’s international counterparts have also faced harassment and abuse over the COVID pandemic. Last year, a man was given a suspended prison sentence for assaulting the U.K.’s chief medical officer, Professor Chris Whitty, in a park in central London. Doctors in Germany have also reportedly faced threats and aggression from COVID deniers and vaccine opponents.