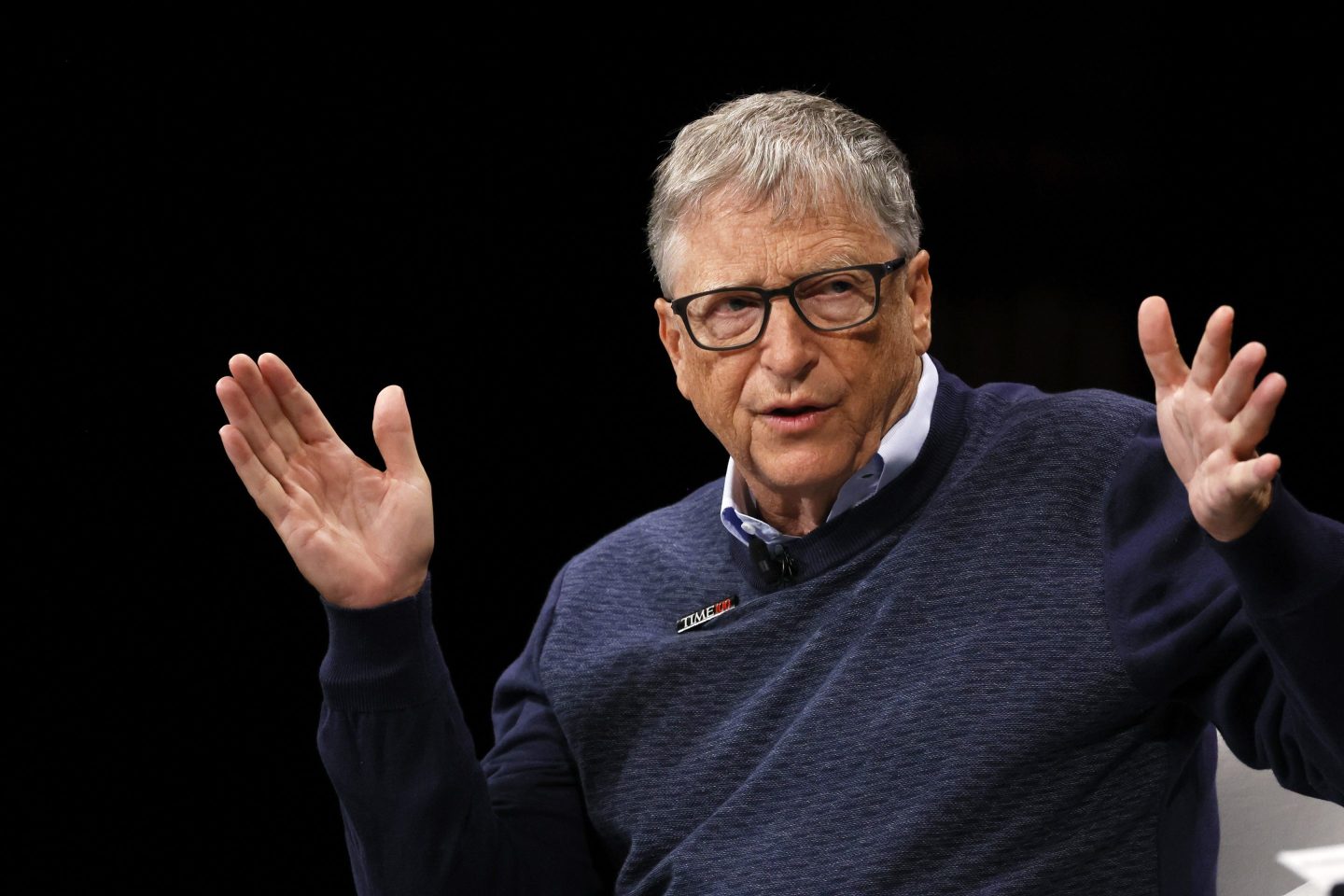 Bill Gates warns the world is on track to miss almost all of the U.N. Sustainable Development Goals its leaders committed to hitting by 2030.
Jemal Countess—Getty Images/TIME

Since the outbreak of COVID-19, Bill Gates through the Bill & Melinda Gates Foundation has spent over $2 billion to strengthen the global response to the pandemic by making vaccines available to lower-income countries and funding the development of antivirals or immunotherapies.

But in the minds of a small sector of the population, the Microsoft founder, along with Anthony Fauci, chief medical adviser to the U.S. President, did a lot more: They orchestrated the whole pandemic as a way of controlling the population.

“You don’t want to make fun of it. Although it’s the only way rationally to deal with it, it is pretty serious stuff,” Gates told the Guardian on Tuesday, as he addressed the COVID conspiracies surrounding him.

While the theories were founded in the U.S.—mainly by QAnon conspiracy theorists—and have engulfed both Gates’ and Fauci’s domestic work in the COVID-19 response, when the rumors spread to Europe, it was Gates who bore the brunt of the abuse due to his global status as Microsoft founder.

“It was quite a phenomenon; here in the U.S., it focused on myself and Tony Fauci, and internationally it was more just me because they didn’t know who Tony was—he really missed out on that!” Gates said.

“There have been a few cases where I’ve run into people in public where they are yelling at me that I’m putting chips into people and that’s kind of strange to see: Wow, those people really exist, it’s not just some robot sending out crazy messages.”

Gates himself has mocked such claims, sarcastically tweeting that Microsoft “finally ran out of microchips” when the company retired its 27-year-old Internet Explorer browser. But the conspiracy theories have sinister undertones and dangerous repercussions in the form of vaccine hesitancy.

“I think it is starting to die down,” he said. “I hope so; it’s tragic if it made people more reluctant to trust vaccines or to wear a mask where they should have.”

As the COVID-19 pandemic wanes, the global stage is fraught with a new set of problems. The war in Ukraine has sent the price of food and fuel soaring, sending hundreds of millions into poverty.

And as countries in Europe look insularly to protect their own citizens from the rising cost of living, their commitment to international aid and climate action is threatened, according to Gates.

Speaking to the Financial Times, he warned the world is on track to miss almost all of the U.N. Sustainable Development Goals its leaders committed to hit by 2030.

“This is the toughest set of challenges global development has faced,” Gates said, arguing that while the COVID-19 pandemic response has made navigating international aid more difficult, “the Ukraine war is even worse.”

Gates, though, remains optimistic despite the disheartening news engulfing the world.

“Failure is not inevitable,” he said.

“When we set the goals, we definitely did not expect something like the pandemic, it would be awful to turn away just because we’re getting bad grades due to unexpected setbacks.”

The key is to keep the funding flowing.

Bill and Melinda Gates have committed another $20 billion to their foundation to continue fighting global problems. “In the face of all these bleak developments, the need to invest, to get the better tools, to get back on track, is very important.

“In the long run I still am an optimist, that the war will end, the innovation pipeline and the kind of progress we saw until the pandemic in reducing malnutrition, reducing child death and getting digital bank accounts for women, will return. We were making progress and we can again.”