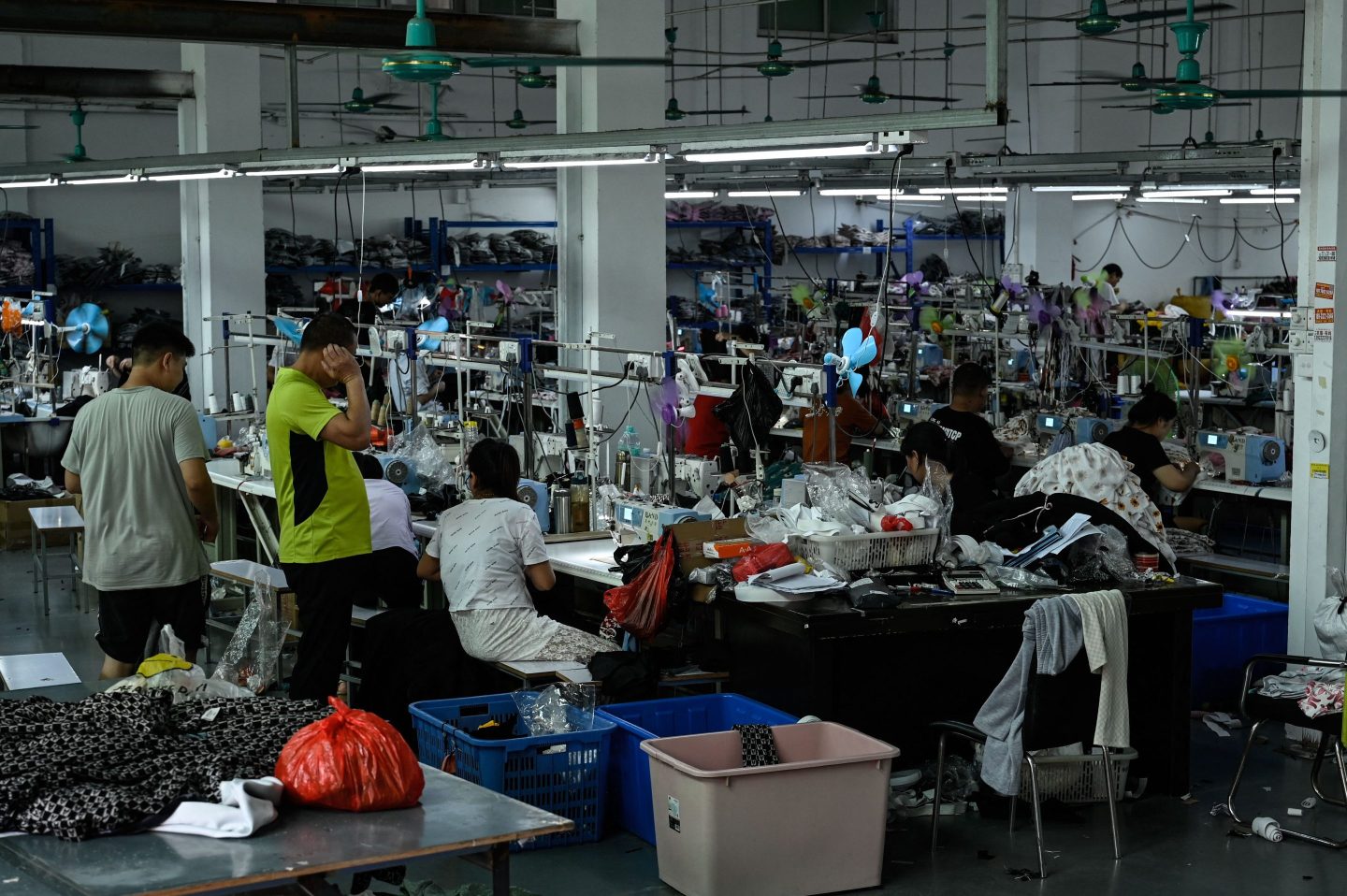 Chinese fast-fashion retailer Shein has admitted two of its sites breached local labor violations and that it will be investing $15 million to improve the working standards at its factories.

Shein launched an investigation after U.K. Channel Four documentary Untold: Inside The Shein Machine alleged that workers were subject to 16-hour-long days, got one day off a month, and earned wages of around 4,000 yuan ($572) per month to produce hundreds of garments for the online retailer each day.

In an independent audit, commissioned by Shein and carried out by Intertek and TUVR, the company found that the workers at two of its factories were working 12.5- to 13.5-hour-long days, which it notes is “significantly less than claimed in the documentary,” but still more than what is legally permitted by local law.

Shein said it would be cutting orders from the two problematic factories and is giving them until the end of the year to correct the problem and comply with local labor laws.

In China, workers are allowed to work up to eight hours a day, with three additional hours of overtime, and are promised at least one day off a week.

Shein also said in a statement that workers at the factories were either given two to three days off a month or had no fixed structure for days off at all.

The retailer denied other allegations made by the documentary and claimed its wages at the Chinese factories featured in the documentary were “significantly” higher than the local minimum wage in Guangzhou.

Shein said the workers at the factories took home an average of 9,816 Yuan ($1,404) a month and that they were paid for each step of the garment’s production process rather than the 1p per completed item, which the documentary alleged.

The documentary also claimed that workers’ first month’s wages were withheld and that mistakes made in the production process were deducted from workers’ wages. Shein said in a statement that “the claims that factories withhold workers’ salaries or illegally deduct wages are also untrue.”

Shein’s infinite stream of cheap clothing catapulted the company to a $100 billion valuation in April this year and gave it the reputation for being “Zara on steroids.”

The company has had an excessive influence on platforms like TikTok with “#Sheinhauls”—videos of influencers unboxing and trying on hundreds of articles of Shein clothing—notching billions of views despite the growing number of reports of the company’s labor violations, design theft, and environmental controversies.

Where is the $15 million going?

Shien plans to spend $15 million over the next three to four years to cover “physical enhancements” to supplier factories, increase the frequency of unannounced spot checks, and provide better training for factories to ensure they comply with laws and regulations.

Adam Whinston, the global head of ESG for Shein, said in a statement that “through Shein’s responsible sourcing (SRS) program, we have been working diligently with our contracted partners to improve welfare and working conditions.”

Whinston says Shein is looking to double its investment in the SRS program and has launched a system that allows workers to submit anonymous complaints through email, phone, or WeChat to improve supplier management further.

Shein’s environmental and labor records are the elephant in the room for the brand’s young shoppers.

The company website’s first FAQ listed under its media section is titled: “What are the labor conditions at Shein?”

On the following page, Shein answers that it “is committed to upholding high labor standards across our supply chain. We enforce a strict Code of Conduct for all suppliers, which is in compliance with local labor laws.”

The Channel Four documentary was not the first media exposé to highlight Shein’s spotty labor practices.

In a separate report by Public Eye published in November 2021, undercover investigators also found workers clocking in 11- to 13-hour days, mostly seven days a week, with no premium for overtime.

The company has also been criticized for having an outsize environmental footprint. Despite claiming in its 2021 sustainability report that it is “committed to lowering emissions and reducing waste at every stage” of its supply chain, just last week it was accused by the EU of breaching regulations by using hazardous and toxic chemicals in its clothes-making process.

Just a week after announcing a merchandise deal with Shein, rock legends the Rolling Stones demanded that their representatives terminate it immediately after reports on labor conditions were brought to their attention.